Jonny Davies Gail Porter: New Boyfriend in Cool Leather Jacket. Model-turned-TV presenter Gail Porter has got herself a new boyfriend. Yay for Gail. That’s Gail’s new beau in the pic above. He’s kind of cute, no? We’re not digging the curly hair (sorry, it reminds us of American music producer and convicted murderer Phil Spector) but the boy sure knows how to pick his clothes. That’s a sexy black leather jacket he’s wearing. 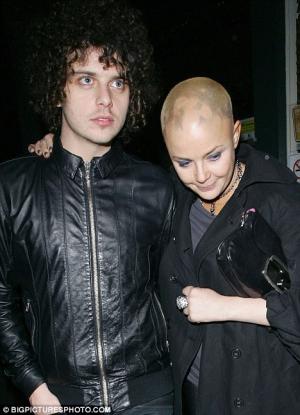 We love us our May-December romances so we wish Gail and Jonny the best of luck. 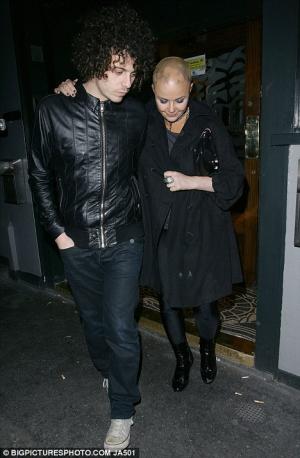 Oh, by the way, Jonny is reportedly the lead guitarist of an indie band called New Vinyl.

More Jonny Davies Gail Porter Photos (26 November 2011). A year later, the May-December love affair between Gail Porter and Jonny Davies is still going strong. Yay to Gail and Jonny. Boo, to their doubters and naysayers like our friend Deena.

Here are more photos of Gail and Jonny. They actually do look good together, don’t they? 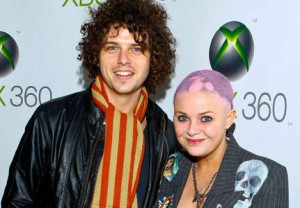 Here’s a photo of the couple from a shopping adventure. What could be inside them shopping bags? Maybe another double-breasted coat for him like the one he’s wearing? Nah, the bags are too small for a big overcoat. Maybe a fabulous red carpet cocktail dress for her? Not unlikely? What do you think? 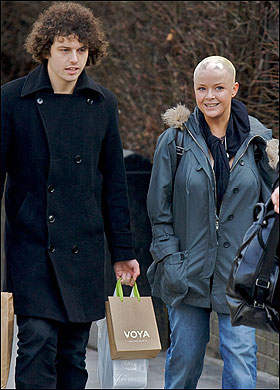 And here’s the lovebirds at a red carpet event. 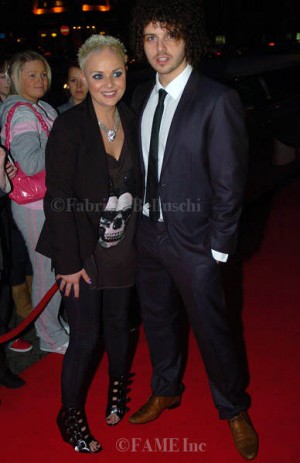