Want more hockey hunks and more hotties from the Swiss Alpies? Famewatcher ladies and gentlemen, we present to you Jonas Hiller. Our 32-year-old hockey star is Felben-Wellhausen, Switzerland and currently plays for the Calgary Flames of the National Hockey League (NHL). Before he went to Calgary, he also played for the Anaheim Ducks. Prior to his move to North America, he had stints with HC Davos and Lausanne HC. 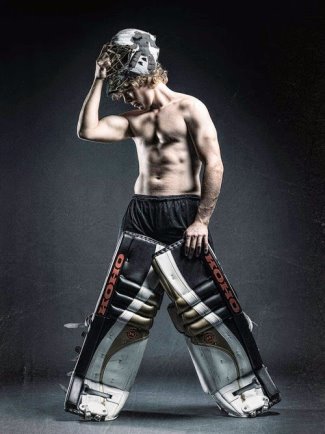 Jonas represented and continues to represent Switzerland in international competitions such as the 2010 Vancouver Olympics as well as the 2014 Sochi Olympic Games. He was awarded the Swiss goaltender of the year for 2004-2005.

Here’s a pic of the hockey star which we grabbed from a French magazine: 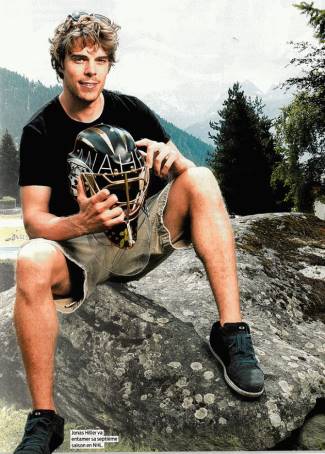 Jonas Hiller Underwear Mash-up. We know some of you are looking for our Swiss hunks underwear pics but there ain’t any out there. But remember Quackface? It’s the website where you can mash photos of celebrities which we discovered when we were doing our Matt Damon underwear post. Well, we decided to mash-up the facial images of Jonas with those of famous male underwear models. These are what we came up with:

On the right is the original image of male supermodel Kerry Degman. On the left is the mashed-up image of the original with Jonas’ face. Not bad, eh? Is the Quackface website cool or what? 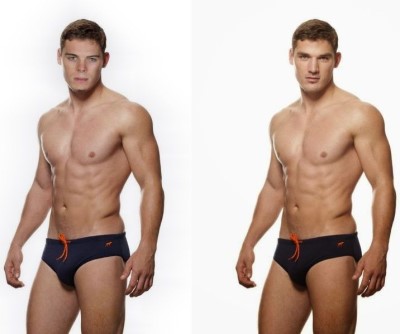 On to our second mash-up. On the right is the original image of supermodel Matthew Terry. He is, according to models.com, one of the top 50 male models of the world in terms of earnings and popularity. 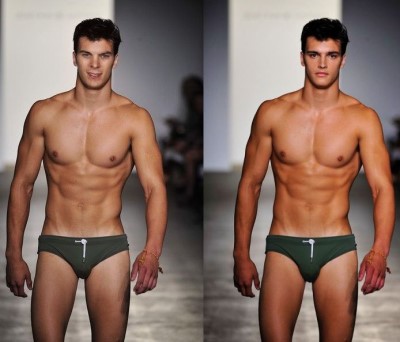 So which of the two mashed-up images do you like better? Jonas Hiller as Kerry Degman or Jonas as Matthew Terry? Ours is the Jonas/Kerry combined image because the Jonas/Matthew one looks a little more odd. What about you?

If you have a favorite celebrity you want us to mash-up with a male underwear model, tell us in the comments. Danke!