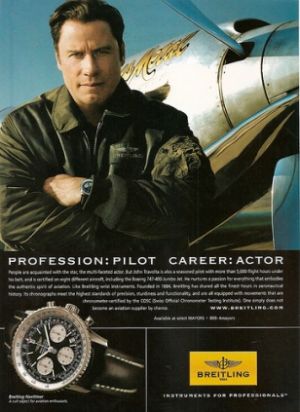 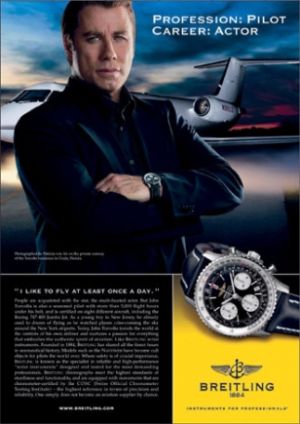 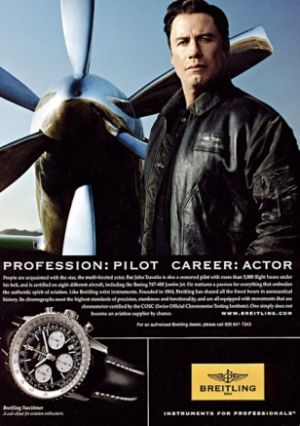 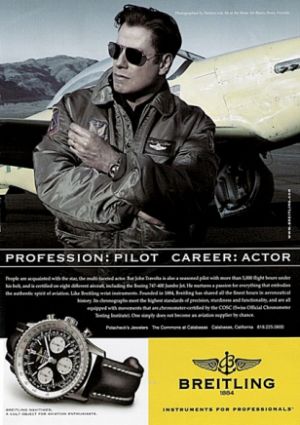 John Travolta Watch: Breitling Chrono Avenger: John Travolta is looking like a total badass in this photo, no? 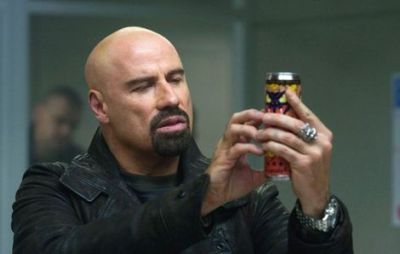 We don’t know whether the pic is from a movie or from an energy drink commercial but we do know that he’s wearing a Breitling Chrono Avenger watch which, incidentally, the same watch model worn by Leonardo di Caprio in Blood Diamond. 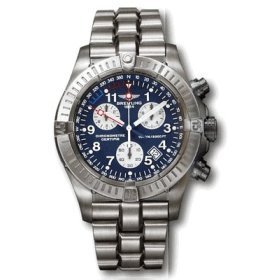 John Travolta Watch Update: He Also Wears Rolex Datejust: Of course John also wears other brand of watches too. But to be fair with him, we think this picture was taken way before he became a Breitling ambassador so no one can accuse him of doing a Charlize Theron who wore a different brand in public despite the fact that she’s an ambassador for another. 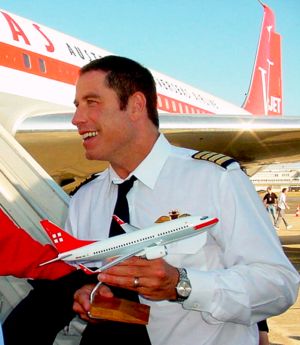 John Travolta reminds us of our 5-year-old nephew who was so happy when he received a toy airplane. In the case of John however, it ain’t just a toy he’s being so happy about. The dude owns a real effin airplane and he even flies it himself. Anyhoo, because we are watch watchers here at Famewatcher, we are more interested in John Travolta’s watch which, not surprisingly is a Rolex. It’s a Rolex Datejust watch, to be more specific.