John Paul and Edward Grimes: Irish Twins on X-Factor (Final 50). Irish identical twins John Paul and Edward Grimes made it to the Final 50 in this year’s X-Factor talent search which will soon air on ITV. Simon Cowell reportedly didn’t like the twin’s audition but they impressed the other judges – Cheryl Cole, Dannii Minogue, and Louis Walsh – who voted to pass them through to the next round. 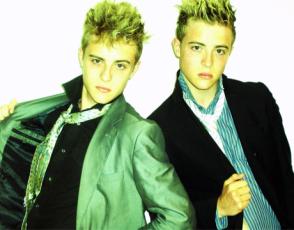 Simon eventually changed his mind about the boys.

Says an insider: “Simon Cowell wasn’t convinced that they had that star quality at the start, but now he has done a total U-turn. He loves the fact that they’re identical twins as it’s a great marketing ploy and they’ve never had that on the show before.”

Well, well, you gotta give props to Simon for always thinking about marketing talent. The Grimes aren’t the only twins who are participating in this year’s show. In fact, we blogged about twin sisters Kim and Lauren Goddard earlier but we don’t know yet if they made it past bootcamp.

OTHER CONTESTANTS WE’RE GONNA WATCH OUT FOR:

New Beginning Boyband on X-Factor. Is Britain about to give the world another boyband a-la Take That and West Life? Well, if this New Beginning boyband is as good as their predecessors then that just might happen. New Beginning reportedly impressed Simon Cowell and the other X-Factor judges when they auditioned for the show.

The Sun has a back story on the members of the band — Gary Treasure, Michael Cumberbatch, Jody Fenton and Gaza Gaza — three of whom were rejected when they auditioned individually but who then made the cut when they decided to audition as a band. Ain’t that cool?

Reveals a source to The Sun: “The lads all met each other in the queue at the first round of auditions. They got on really well and even had their picture taken together. A few girls pointed out that they looked great together as a group. So they made a pact that if they didn’t get through as solo singers they would form a band.”

Some X-Factor insiders have reportedly nicknamed the group, The Rejects, which we think is way cooler than New Beginnings. 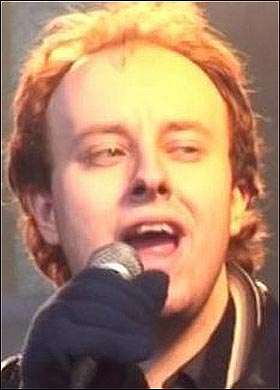 Says judge Dannii Minogue of his performance: “You will not believe his performance when you see it. He told us that because of his Asperger’s syndrome and the fact he’d been picked on, he hadn’t left the house in years.”

Dannii adds: “But he just stood there calmly and told us that his singing teacher had been helping him to build his confidence. Then he started singing.”

Good luck to Scott, may you realize your dream!

According to a source: “The twins are amazing. If Simon was blown away by Leona, he’s doubly blown away by these two. He even got them to sing Bleeding Love at their first audition. It was amazing.”

Adds the source: “They’re just brilliant and they’ve got so much potential. They’re beautiful girls, impeccable singers and really lovely people. Simon has already warned them about being too like Leona because he thinks they need to be themselves.”

Paul Keogh on X-Factor: Here’s another person to add to our list of performers who made it to the X-Factor Boot Camp: Paul Keogh, a 31-year old singer-songwriter who works as support assistant for people with learning disabilities.

According to the Hamilton Advertiser, this is not the first time Paul had a crack at pop stardom as he reached the final 30 contestants of BBC’s Fame Academy programme seven years ago.

Says Paul of his X-Factor experience: “After taking part in a lot of regional competitions for years and my run on Fame Academy, I felt that going on The X Factor was the next natural step. But obviously people will have to wait to see the show to find out how I got on.”

Paul adds: “I got to meet the judging panel – Simon Cowell, Cheryl Cole, Louis Walsh and Dannii Minogue. I wouldn’t say I was starstruck but I have tremendous respect for them, especially Simon, as they have had good careers in music.”

Will Paul make it past boot camp? What about Scott James and Kim and Lauren Goddard? I guess we will only find out when the show starts.