John Oliver Shirtless Photos. Looking for shirtless photos of British funnyman John Oliver is like searching for a unicorn. You hope, you pray, you do everything you can to find one but you won’t find any. But you will come across this photo of a really gorgeous guy: 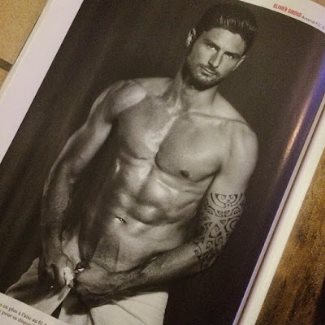 That sure does not look like the HBO TV host but if we have mad photoshop skills we would attach John’s face to that beautiful body. For those of you wondering, Mr. Gorgeous Guy is French football star Olivier Giroud.

Does John Oliver Wear Boxers or Briefs Underwear? If searching for a shirtless John Oliver is equal to a fruitless search for the mythical unicorn, looking for info on whether the Last Week Tonight host wears boxers or briefs underwear is like asking God to forgive Lucifer. There ain’t going to be any forgiveness for Lucifer and there ain’t any John Oliver underwear info for you. But we did came across this photo when we googled “John Oliver boxers or briefs”. Why did it come up in the search results? Well, like God, Google works in mysterious ways and you just gotta trust Google. 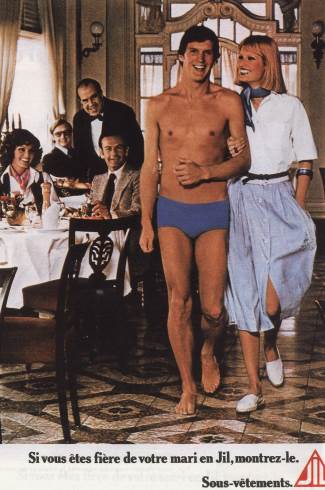 Is John Oliver Gay or Straight? We all know that John is straight but, apparently, he can go gay for Jason Jones as you can see in the pic below. [Kevin says: Are you blind? It’s Jason who’s going gay for John not the other way around!!!!] 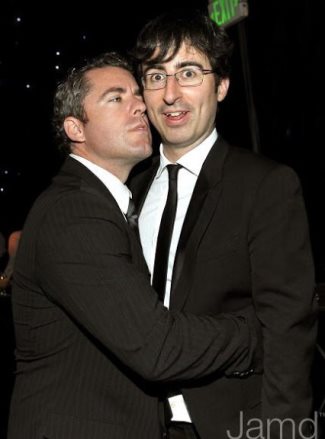 What do our friends at gay-or-straight.com say about John’s sexual preference. Well, they view him to be “very straight”. Here’s their gay-o-meter score for the political satirist:

gay-o-meter/gaydar for John Oliver: According to 5 visitors John Oliver is 44% gay. However, the average gay-rating on gay-or-straight.com is 69%, which means John Oliver is very straight in comparison to other celebrities on this website.

For those of you wondering, John is married to Iraq war veteran Kate Norley, here’s a pic of the happy couple. 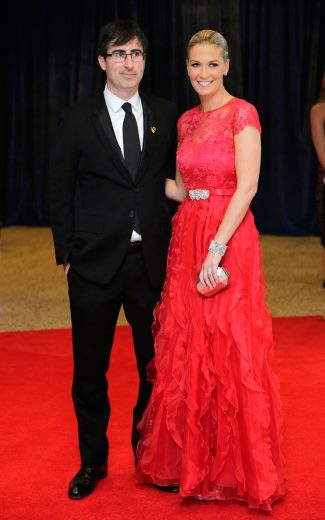 Young John Oliver. Wanna know what John looks like when he was younger? Here’s a photo he shared recently to his Twitter followers. 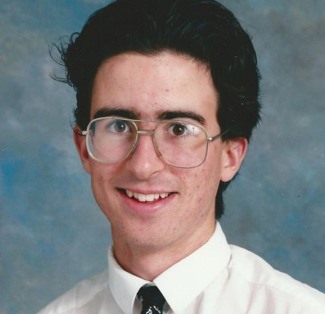 When you squint and move your eyes further back, young John will look like Rachel Maddow. At least that’s what happened to us.