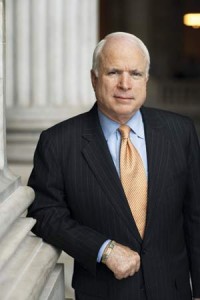 Check out a close-up of this Rolex model after the jump. 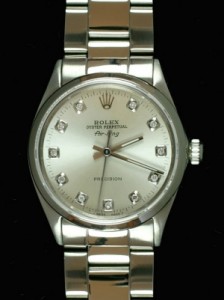 Why is the Rolex Air King called the “Air King”? Here’s a brief history of this particular model courtesy of yannis7777 of the RolexForum.

Yaniss7777 says: “This is the entry level Rolex model addressed to people who are inclined to spend a “fortune” on a watch. This watch has an unprecedented historical value in the Rolex Oyster Perpetual range since it was used by British aviators in WWII. Apparently the Air-King was the watch of choice for battle of Britain fighter pilots and Hans Wilsdorf, the founder of Rolex was so moved by the brave British pilots that decided to honour them with a new line of manual wind Oysters.” 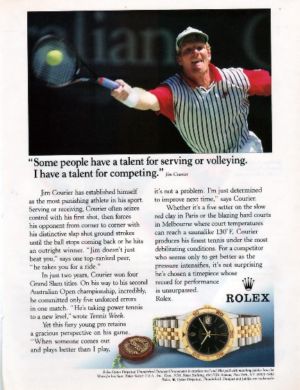 So what Rolex model does our Jim wear? We’re guessing Rolex Datejust, Rolex Air King, and a Day-Date Oyster Perpetual. Where are we basing our guess? Nah, it’s a silly guess based on what’s advertised in the ad below. Hehe. 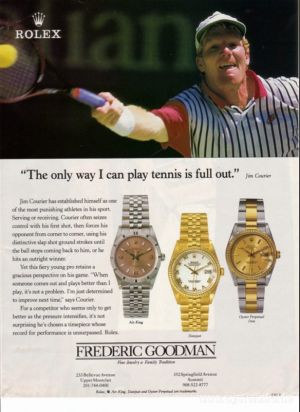 For celebrities who wear other Rolex watch models, check out the following posts: Celebrities Who Wear Rolex GMT Master II and these Rolex Daytona Celebrity Fans.