What about sharing one of them trophies with us, eh John? You sure you haven’t ran out of space to store them? Hehehe.

Our John sure looks dapper and stylish in his Gucci Heritage two-button notch lapel grey suit, no? We can only hope that our slobby hubby can look as nice as this. Hehe.

Question of the Day: Is Taylor Lautner wearing a Gucci Heritage suit too? Unfortunately, we do not know if he is. But we hope to update this post in the future when we find out what he is wearing. 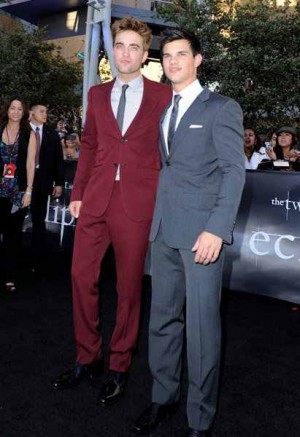 Another English dude who was spotted wearing a Gucci Heritage suit is actor Sam Riley aka Our Imaginary English Boyfriend. If you’re not familiar with him, it’s because you’ve not been watching Law and Order: Special Victims Unit where he appeared in 2006-2007. Riley also starred in the much-acclaimed 2007 film, Control, about the life of singer Ian Curtis. 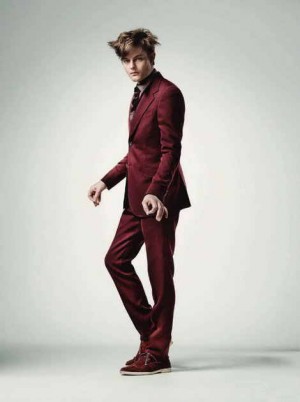