He and then-girlfriend Madison McKinley got married three years ago on 2 December 2017. The couple are now proud parents to two children, a girl and a boy.

Now, are tennis players the most faithful when it comes to relationships? It seems like they do end up tying the knot with their early girlfriends. This is the case not only for Isner but also for the likes of Federer, Nadal, Murray and other tennis players we blogged about.

Anyhoo, here are photos of John and Madison from their wedding day. 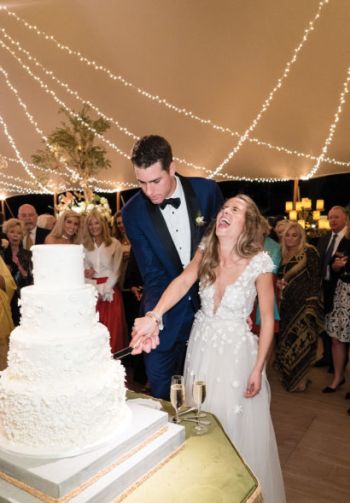 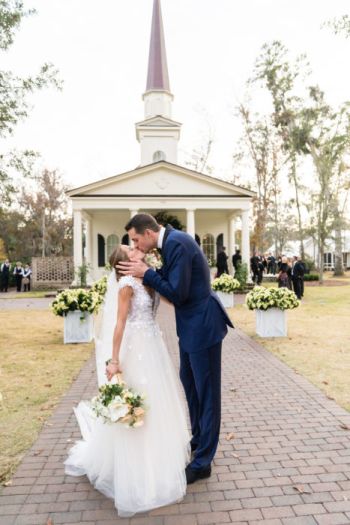 More John Isner Shirtless Photos. For some reason, we missed the fact that our tall tennis hunk made it to the 2013 ESPN Body Issue in our original post below. 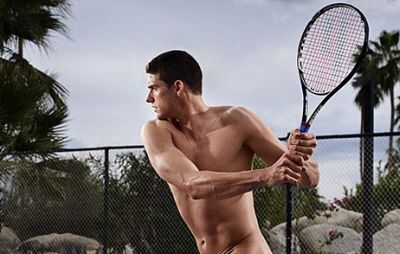 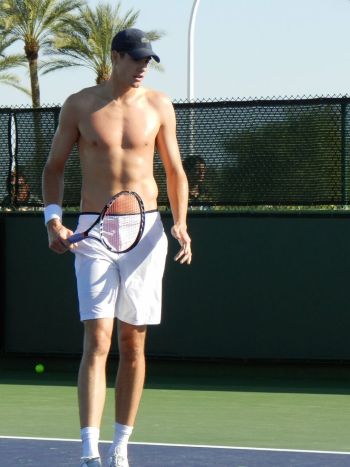 A shirtless photo of John which we grabbed from his Instagram page. Follow him @johnrisner if you want more photos of the guy and the fishes he loves to catch. 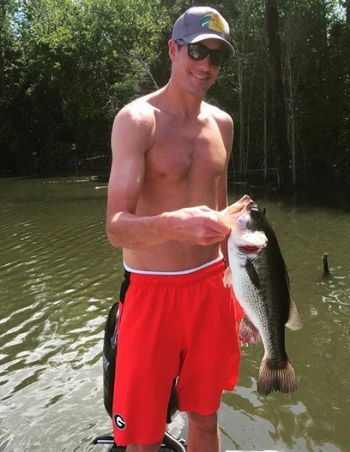 …..
John Isner Shirtless (4 September 2014). The more you look at tennis player John Isner, the more you realize that he is actually a handsome good-looking dude. This usually happens with tall guys. We are overwhelmed by their height so we hardly notice their other physical attributes. At 6 ft 10 in (2.08 m), John is the second tallest tennis player on the ATP tour after Ivo Karlovic of Croatia who stands at 6 ft 11 in (2.11 m). 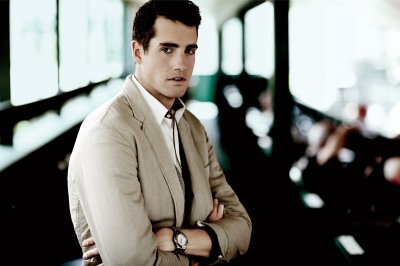 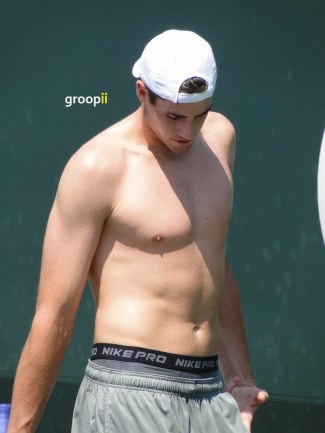 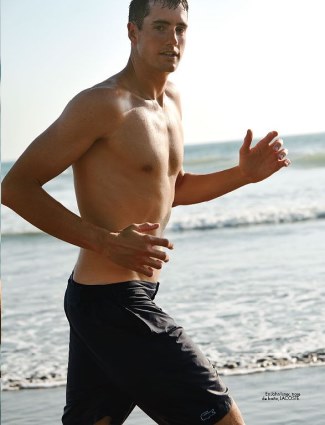 Modeling in his Lacoste shorts. What is he looking down at? 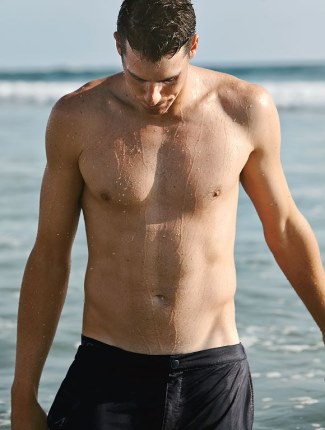 A younger version of a shirtless John Isner practicing on the tennis court. 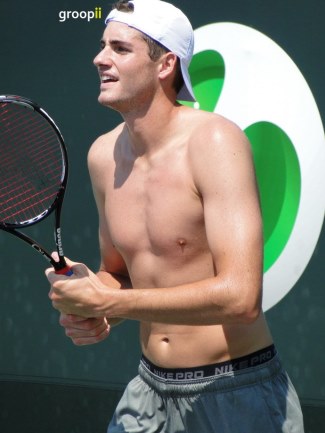 Aww. Ain’t our John as cute as a male model? No wonder the ESPN powers-that-be included him in their controversial ESPN Magazine body issue. We’d upload the photo where John goes au-natural but we’re afraid it will excite our grandmama which ain’t good for her health. Haha. 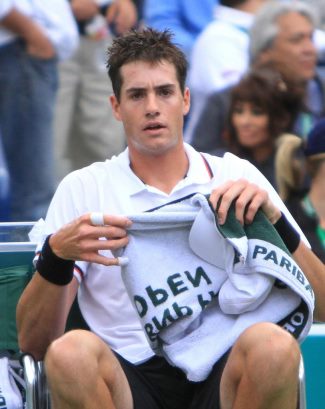 John Isner Girlfriend? What is John’s relationship status in 2014? Is he dating anyone? Does he have a girlfriend? Yes, he is currently dating girlfriend Madison “Maddy” McKinley. Here’s a pic of the happy couple: 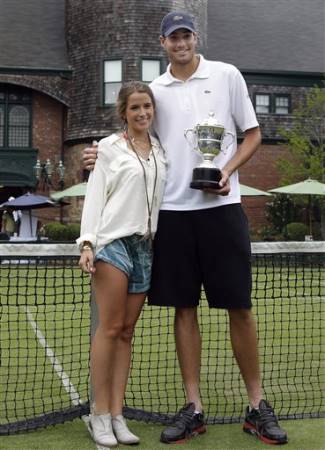 How did the two meet? ESPN’s LC Granderson fills us in with some details:

The first time Madison McKinley met her boyfriend, she says she thought he was weird.

And a bit awkward.

And a little goofy.

“It was like he hadn’t hit on a girl in a really long time,” she says, smiling, head slightly tilted, eyes wandering off to the side as she tries to recall the details of her first encounter with John Isner back in 2011. She’s at a fundraiser for the Justin Gimelstob Children’s Foundation, and because of that weird, awkward, goofy dude, she’s on the couch in the green room hanging out with Brooklyn Decker and Anne V, gushing over Gimelstob’s 4-month-old son, Brandon.

“I didn’t even give him my number. He got it through a mutual friend. And then he just started texting me. Then I texted back. The next thing I know we’re texting everyday.

Awww. How cool is that? That’s love for you in the digital age! In her ESPN interview, Maddy went on to describe her boyfriend as a “friendly giant”:

“That’s the thing most people don’t know about him. He’s a friendly giant. The most gracious, giving guy I know. But he’s also really determined and he can do anything he puts his mind to. When he wants something, he goes after it. When we met I had no idea who he was. I wasn’t really into him. Now here we are.”

John Isner Career Prize Money. John started relatively late as a pro tennis player because he finished his college degree first. Since he turned pro in 2007, he managed to collect nine career titles to his name. To date, John has made a total of $6,688,468 in prize money. We’re pretty sure he made some moolah on the side with his sponsorship deals.

Currently ranked as the world’s number 15 top tennis player, he is the United States best hope for a grand slam trophy. Will he bag one before he retires? We sure hope so! It would be cool to have a “late starter” one of the biggest prizes in tennis, no?