John Atwater Shirtless, Husband, WCVB Hunky Reporter. Let us continue blogging about hunky journalists and, this time, let’s talk about John Atwater who works as a reporter for WCVB-TV Channel 5 in Boston. How hawt is our TV hunk? We’d say he’s 10 out of 10 in the hotness scale but, then again, we have a weakness for guys who rock their sunglasses so maybe we are seeing him with rose-colored glasses. But judge for yourself, if he ain’t a solid 10 to you, maybe you should get your eyes checked. Joke, joke.

Still not convinced that John with his model good looks is hottie, hot, hot? Well, maybe this shirtless photo of the guy will do it for you. By the by, we grabbed this from his Twitter account which you might want to follow @johnatwater. You should check out our posts on hot media men too. 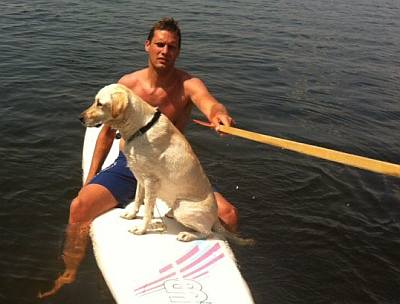 And here’s a closer look at John from his wcvb.com profile: 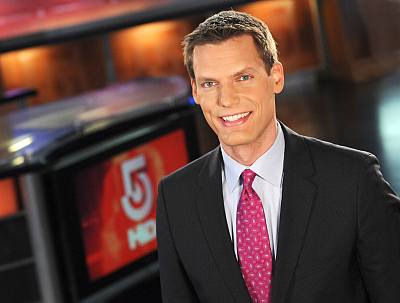 He’s not just a looker but is also an accomplished TV reporter. According to his WCVB, our John has several journalism Emmy Awards to his name. Specifically, “Atwater is a five-time regional Emmy Award winner and has been recognized by both the Wisconsin Broadcasters Association and the Associated Press.”

In an earlier post, we referenced a 2015 article which reports that John Atwater and fellow broadcast journalist Adam Williams are a couple. We also mentioned that some googlers are asking whether they are still together (“is adam williams still married to john atwater”) and that we do not know the answer. But, as we usually do here at Famewatcher, we will update this post once we have the information so do check back later.

Anyhoo, here’s the relevant part of the article we are referring to about John and Adam: “Ryan and Drew were introduced by Ryan’s 7 News colleague Adam Williams and husband John Atwater (who Ryan had actually introduced years earlier.) Adam and John were out at a comedy show, then went to a bar after where they met Drew. They later told Ryan ‘you should meet Drew he’s great!'”

So, apparently, Adam and John played Cupid to their colleague who was their Cupid. That’s pretty cool, no? Here’s a photo of the couple (and another dude) we grabbed from John’s Twitter. For those of you wondering, Adam is the one on the left. 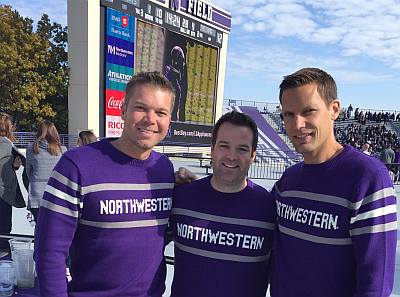 Let us end this post with some photos of John looking badass in the field, shall we? Awesome side-eye you’re giving there, Johnny! 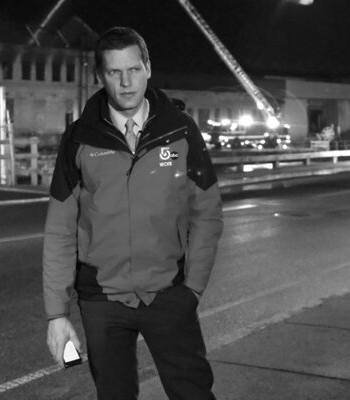 For some reason, he reminds us of those procedural British shows about police officers and reporters solving crime together. 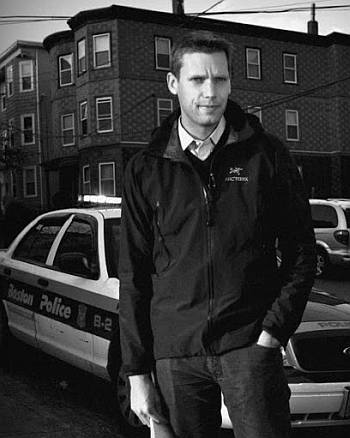