Did Joel McHale Have a Hair Transplant? When we saw the above images of The Soup host Joel McHale our first reaction went, “Come on, that ‘before’ photo must be fake or someone manipulated it to give the impression that the guy is balding. Surely our Community hunk did not have a hairline like that.” But hair transplant websites keep on insisting that Joel had something done to his hair (a transplant, a hair plug, a hair restoration procedure, whatever) so we decided to investigate for ourselves. What did we find out? 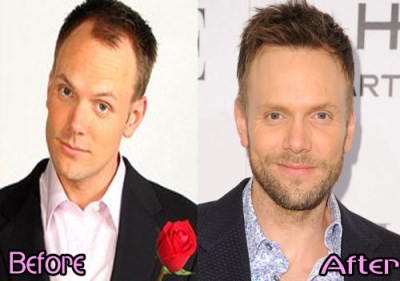 Joel McHale’s Receding Hairline. So is there any evidence or proof out there that Joel had indeed done something to his crowning glory? Well, you be the judge. These are photos of Joel taken when he was younger which suggest that he did have a receding hairline. Since his hairline is not that far back anymore the logical conclusion would be that he had some kind of hair restoration procedure. You win, hair transplant websites, we doubted your claim but you are telling the truth on this one. 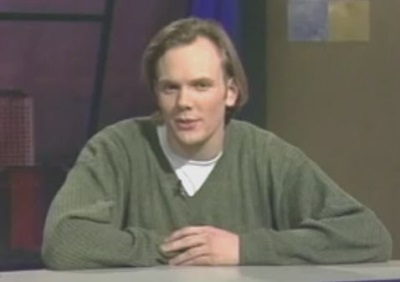 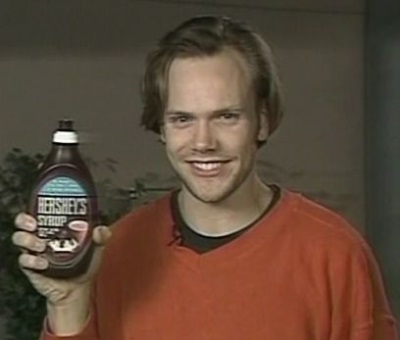 What’s up, JoMac? Are you saluting your audience? 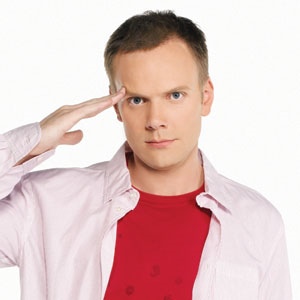 Our Joel sure loves to salute. 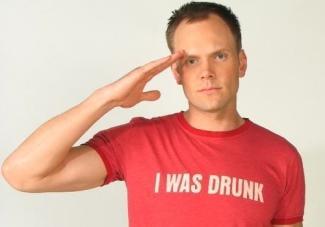 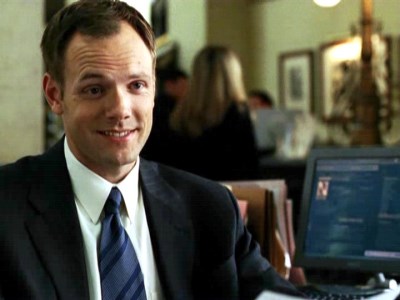 Want a video version of Joel’s hair during his Spider-Man 2 days? Here you go:

A muscled, chest-haired, hunky Joel McHale photo which we earlier uploaded in 2009 [see: Men in Cowboy Jeans]. Apparently, even back then you can notice that he’s exhibiting male pattern baldness. 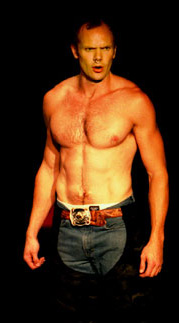 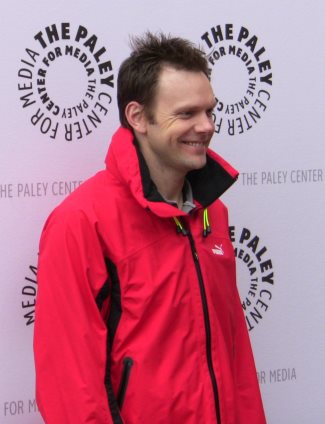 After looking at all the photos above, we gotta admit that we are wrong when we initially thought that the “before” photo of Joel is fake. Hello, Mr. Joel, is that rose for us? 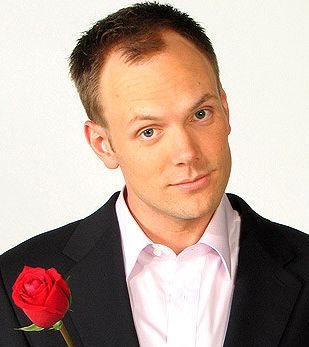 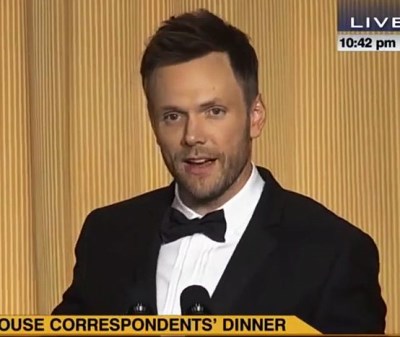 Given that Joel’s hair transplant looks really good, it’s not surprising that his hair is getting good reviews among internetizens. Check out what they are saying:

baldcelebrity.com: “His surgeon did a great job, and it looks very natural, but truth remains, a scalpel was involved. Either way, the guy is awesome, so if it took some hair surgery to give him the look he needs to be television, I have zero issue with that. All hail Mchale!”

a datalounger: I think that Joel McHale went the micrograft route. It looks kind of weird, but also natural. You would be able to tell on The Soup, but you can’t.

baldingblog.com: I would think that he had a good transplant job done. Now it looks like a mature hairline as opposed to someone going through frontal hair loss.

superfantasticplastic.blogspot.com: When he began hosting the reality/talk show comedy review, his hairline was pretty much non-existent. Now, although he’s kept the receding look, he appears to have a head full of lush locks. So, what gives? It is likely that Joel went to a high-quality hair transplantation physician.

Do you agree with the generally positive comments about Joel’s hair transplant? His hair sure looks natural which is why people are giving his hair doctor lots of credit. So who is this “high-quality transplantation physician” who did McHale’s hair?

It is likely that we will never know since Joel is not talking about his hair and since the physician is bound by a patient confidentiality agreement. But third parties in the know can divulge the information so, if some of you HairWatchers know who Joel McHale’s hair surgeon is, feel free to share in the comments.

…..
Bald Joel McHale is Hot AF – 2020 Update: We were binging Community on Netflix and just watched the episode where the gang have to shoot an advert for the Greendale Community College and our Joel has been cast to play the role of the very bald Dean Craig Pelton. 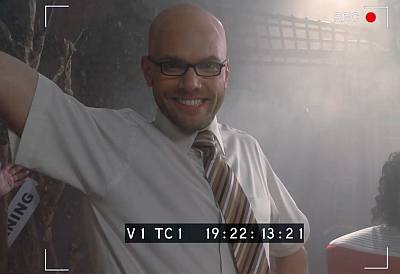 Well, we gotta say that if ever Joel totally loses his hair he sure will be rocking the bald look; not a lot of men can say that. 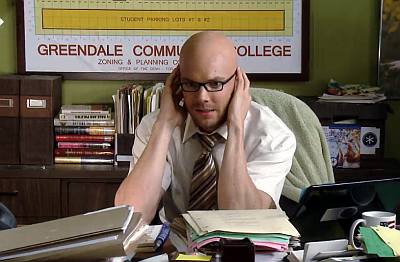 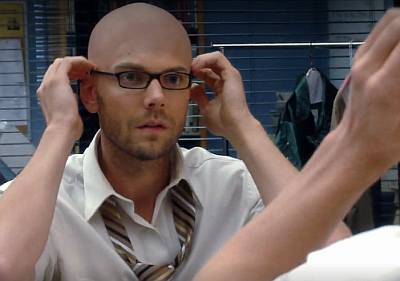 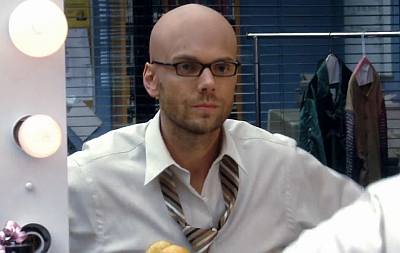