Joe Dinicol Shirtless, Underwear, Gay or Girlfriend: Ragman on Arrow. Guess who ain’t done yet in the Arrow Universe? It’s Ragman aka Rory Regan played by Canadian cutie Joe Dinicol. Although he lost his powers in the last season, he is coming back on Season Six for at least one episode according to comicbook.com. Will Joe’s continuing involvement in Arrow give us some awesome shirtless pics a-la Stephen Amell? We can only hope, no?

Anyhoo, here are some Joe Dinicol shirtless photos for those of you who are fans of the male form. Hehe. Why is he playing peekabo? Now, that’s a hot geek. 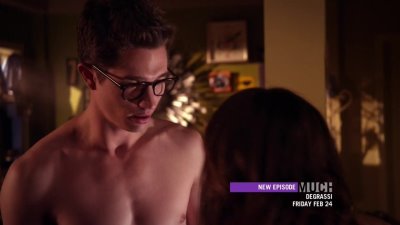 Who wants to jump in bed with Joe? Hey Joe, who you textin’? 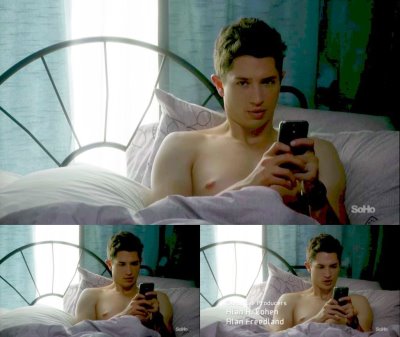 Joe Dinicol Underwear: Boxers or Briefs. For those of you wondering whether Joe wears boxers or briefs underwear. Apparently, if the photos below are any indication, he likes them his boxer briefs. [Sorry, we had to delete the screencap.]

Joe Dinicol Gay or Girlfriend? Is our Canadian actor gay or straight? What is his current relationship status, does he have a girlfriend? We do not have the answer to said questions but we’ll update this post once we do. For the time being, here’s our cutie on the red carpet with a pretty girl named Grace Dubery. Maybe she is Joe’s girlfriend? 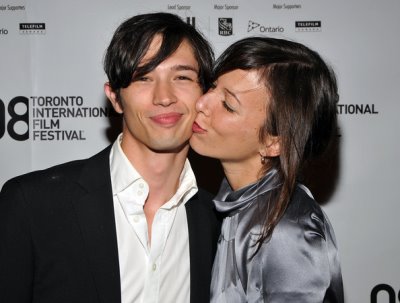 Let us end this post with this comicbook.com report on the return of Joe on Arrow:

Joe Dinicol will return to Arrow in his role as Rory “Ragman” Regan for at least one episode in the show’s sixth season, executive producer Marc Guggenheim confirmed today via Twitter.

In Season Five, Rory — who had powers that came from a supernatural suit of rags passed down to him through his family — left Team Arrow after he damaged the suit, seemingly beyond repair, containing an explosion. Showrunners have never counted Dinicol completely out, though. During a chat with ComicBook.com toward the end of Season Five, executive producer Wendy Mericle casually name-dropped Ragman.