Joe Anglim Shirtless: Jewelry Designer and Survivor Hunk. Who are these guys with tighty tight short pants? We don’t know the guy on the left but the dude on the right is jewelry designer and Survivor World’s Apart castaway Joe Anglim. Grabbed from Joe’s Instagram account, the above pic was supposedly taken during a Halloween event. [Want more men in shorts?] 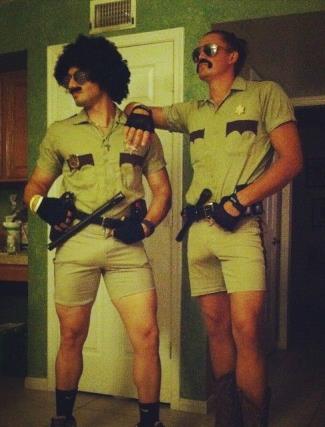 Joe with his mom and sisters. 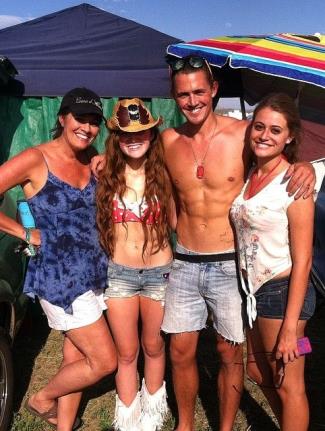 Is he giving you a Malcolm/Ozzie vibe? No surprise there because he considers the two former castaways as the Survivors he is “most like”. 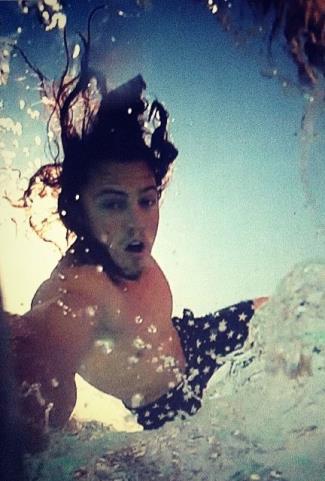 Like Malcolm and Ozzie, let’s hope Joe does well in Survivor. After all, he’s fit and athletic and we’re pretty sure he’s good a good social game and does not come across as a douche. 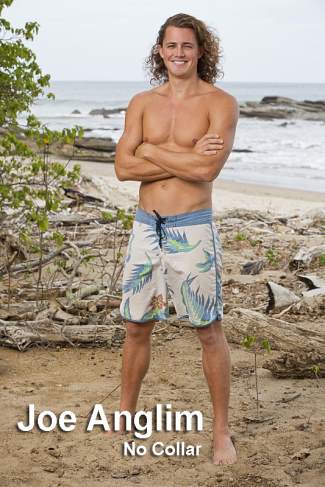 On his Survivor CBS profile, he tells us about:

“Survivor” Contestant You Are Most Like: There are so many players that I relate to in different ways. In terms of game play, I would have to say it’s a combination of Malcolm and Ozzy.

Why Will You Be the Sole “Survivor”: With every season I watch, I can’t help but imagine that I’m actually in the game playing. My brain goes into game/strategy mode as I put myself in the shoes of the current contestants and analyze how I would deal with the conflicts each is faced with. Of course, it’s different when you’re sitting at home on the couch and know what every player is thinking. However, I feel that I am well rounded enough, athletic enough and mentally strong enough to adapt to the people I’m put with. I am confident in the life skills I possess and I feel I can maintain my focus despite all of the other personal and crazy things the game may and will throw my way. After being such a huge fan for so many years, I truly respect how complex and challenging the game is. I am ready to battle and I want my shot in the ultimate arena that is “Survivor.”

We hope to bring you more photos of Joe Anglim shirtless (and hopefully some underwear/Speedo pics too) once the show airs. Check back later, will you? 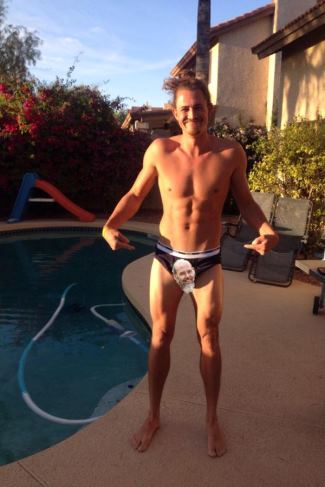 Update: As promised, here’s a Joe Anglim in underwear photo. If you vote for him to join Survivor 31, Second Chances, we might see more of him in his undies. Fingers crossed. We have no word yet on his relationship status like whether he has a girlfriend (or boyfriend should that be the case), but we’d update this again once we have the relevant info.