Joaquin Niemann Shirtless, Girlfriend, Titles, Sponsors. Aside from Xander Shauffele, another young golfer who has managed to establish himself as a contender in the world of golf is Chilean pro Joaquín Niemann who is currently ranked at number 29 in the Official World Golf Ranking.

Like Xander, Joaquin also won the Greenbrier Classic (2019) which is his first PGA Tour title to date and which earned him a cool 1,350,000 in US dollahs (to quote RuPaul). To date, the 22 year old athlete has banked a total of $7,811,376 in prize money and, given his young age, expect that amount to go double, triple, quadruple, etc, etc in the coming years. 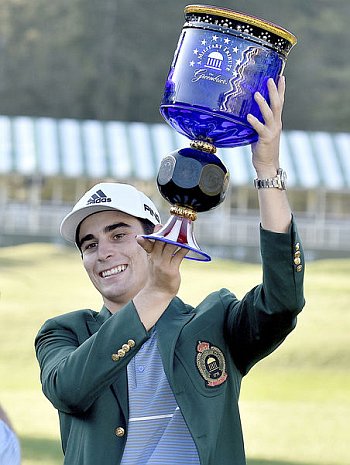 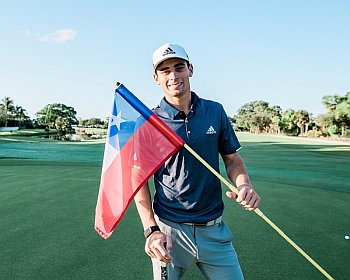 Joaquin Niemann Girlfriend. He is dating Christina Hellema Puga who, according to the Golf News Net, is studying architecture at the Universidad de Desarrollo in Chile. Here’s a shirtless Joaquin enjoying a day at the beach with his girl. 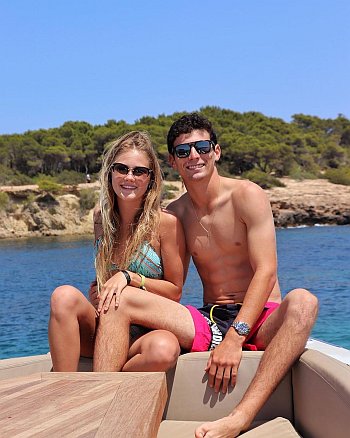 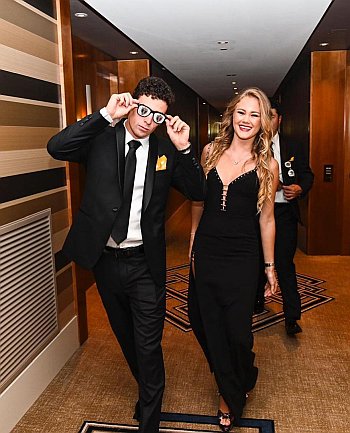 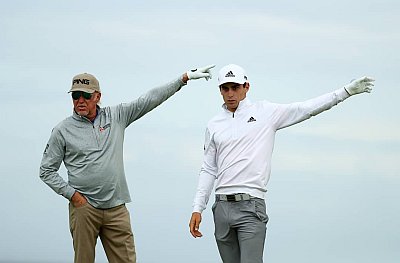 Here’s the golfer chilling with his Ping equipment and Adidas apparel. 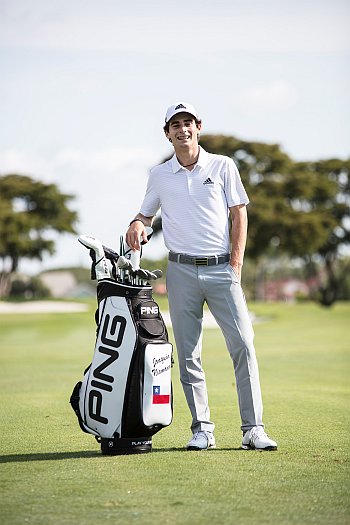 Here’s what Joaquin said when he signed up with Ping: “Ping has a great reputation and I like being associated with them because their technology allows me to play my best golf. I have so much confidence in Ping, and their people who’ve supported me are like family. They know my game really well and can make the necessary adjustments to get the most out of every round I play. Having the backing of Ping means everything.” 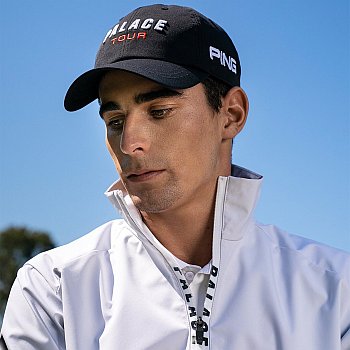 And here’s why he decided to sign up with Adidas: “Adidas works with the top players in the world, it’s the biggest brand in Chile, and I wanted to be a part of that. I look down at my shirt and see the Adidas logo and I feel really proud to be wearing it. I could also tell the difference immediately – everything, from head-to-toe, is beautiful and I just feel better swinging the club.” 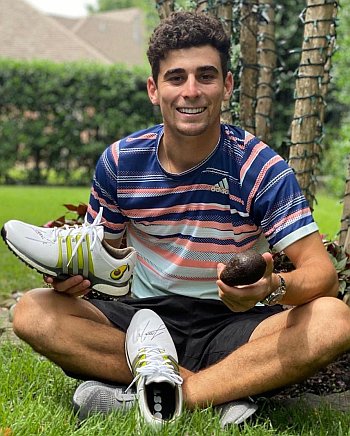 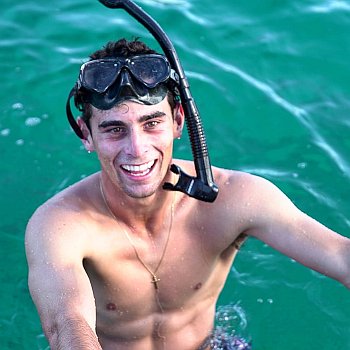 Joaquin Niemann Parents and Ethnic Background. He is from Chile which would make him Chilean and Latino. His mother is Pamela Zenteno while his dad is Jorge Niemann. In an interview with golfdigest.com, he reveals that he comes from an athletic family as his father played basketball in college while his mom was a member of the Chile field hockey national team.