Is it true that JJ Hamblett’s girlfriend, Caterina Lopez, is related to global singing superstar and American Idol judge Jennifer “JLo” Lopez? We won’t be surprised if the two Lopez beauties are indeed related but JJ is not sure. 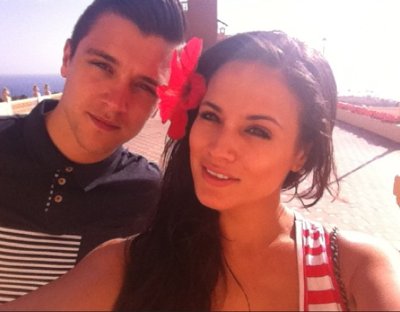 Here’s what he said about the matter according to a Metro report:

The Beautiful Life singer is constantly being asked whether the gorgeous women are related but says he’s never quite got to the bottom of it.

Quizzed on whether J-Lo had been in touch to congratulate them on their baby news, JJ replied: ‘No. There’s been massive speculation about whether she’s J-Lo’s cousin, but I’ve never asked her.’

However, the star quickly backtracked, adding: ‘It sounds stupid but I’ve never really talked in depth with her about it. I think she might be a third cousin, but she’s never met her.’

Speaking of celebrity relations, is JJ related to Hunger Games star Josh Hutcherson (aka our imaginary movie boyfriend)? We ask because JJ kinda resembles in the photo above, they have the same initials (JH), and they both sport some washboard abs. Hehe. We’re joking of course but we are not joking about their washboard abs. See Hutcherson’s abs in our post about Young Guys With Washboard Abs. As for Hamblett, do check out his sculpted abs below. 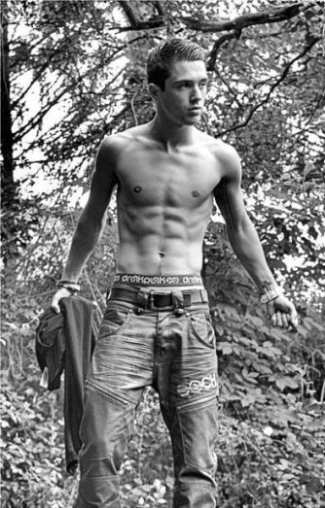 What brand of underwear is he wearing? We are not familiar with what looks like a brand logo but here’s a closer look which could help you help us identify the underwear brand.

His next underwear below is easily identifiable. It’s a Tom Hilfiger, baby! 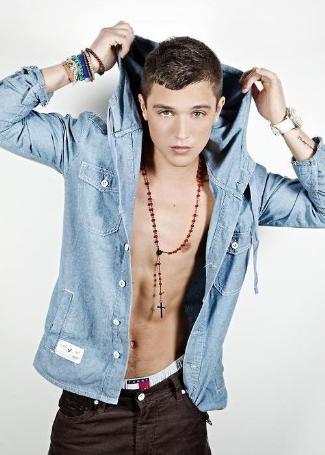 Ever heard of an underwear label called River Island? We never heard of it but here’s our JJ wearing one which is peeking out of his shorts. 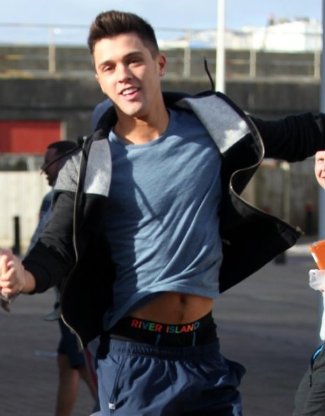 The next photo is just so gay. Is he following Tyra Banks’ go-to pose: The Booty Tooch? 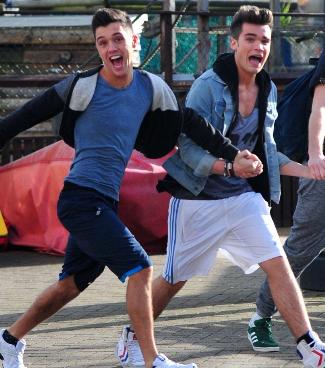 Speaking of gay, here’s JJ making out with fellow X Factor alumni Rylan Clark. So “vampiry”. And so passionate. We wonder what Jennifer Lopez will say about it though. The pic makes us wonder whether JJ is a gay dude but, considering that he’s got a girlfriend (who’s pregnant at that), we’re gonna say that maybe he is at least bi. Hehe. 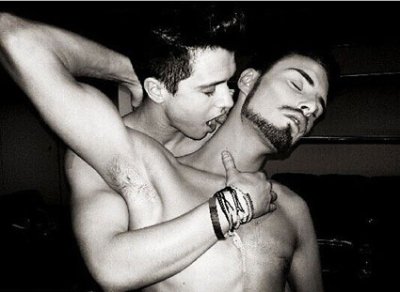 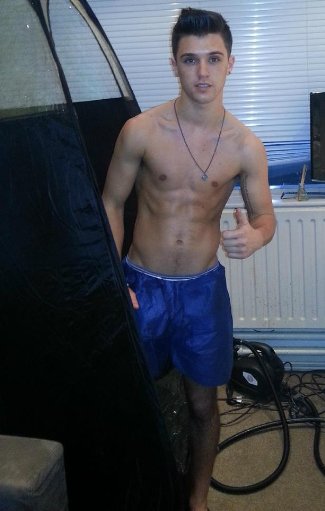 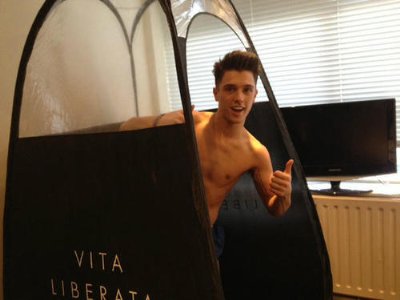 And, finally, the last but not the least shirtless pic. 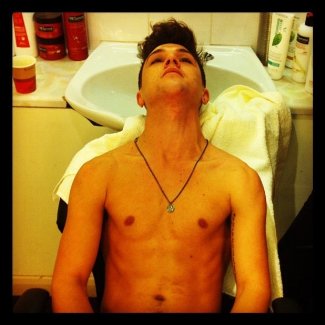