Jimmy Garoppolo Shirtless and Girlfriend Update. So how’s Jimmy G doing these days? Well, he’s got himself two Superbowl rings (with the New England Patriots) and, since 2017, is the quarterback for the San Francisco 49ers. According to wiki, he helped guide the team to win the 2019 NFC Championship as well as to the Superbowl where they bowed to the Kansas City Chiefs. From this career height, he’s been bedeviled by injuries so his light has dimmed a bit. 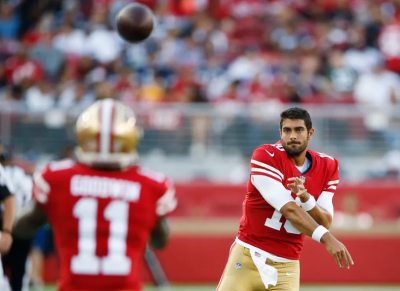 Off the field, he’s done some advertising project with Levis which is why we are including these photos of our Jimmy posing and playing football in his jeans. 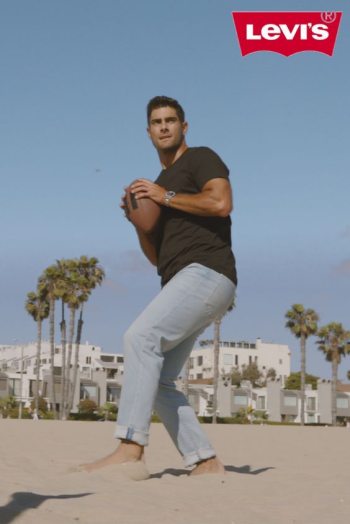 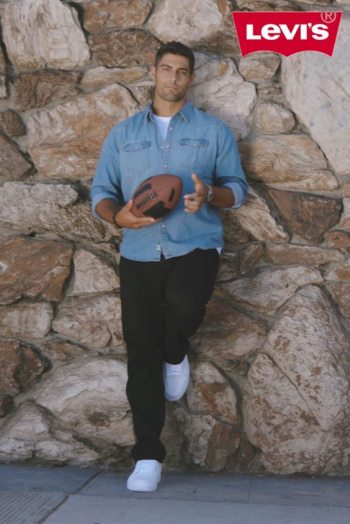 Damn, he really is a good-looking dude, isn’t he? He’s the kind of guy who looks good wherever angle you’re looking at him. 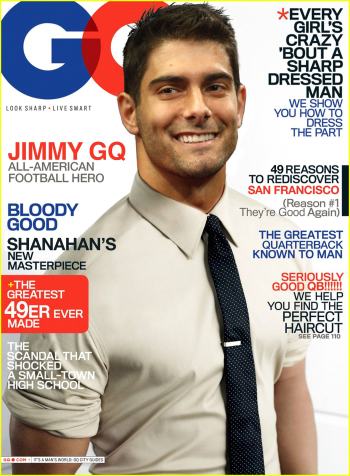 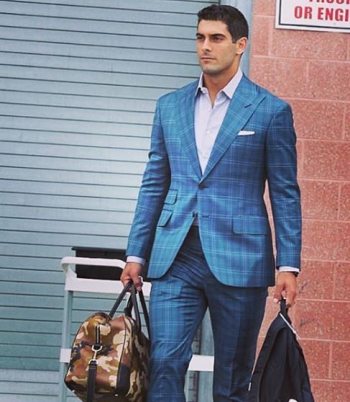 On the relationship front, Jimmy may or may have dated Instagram model Alexandra King. Their relationship is a case of she said he said with her saying they were boyfriend-girlfriend and him denying it. 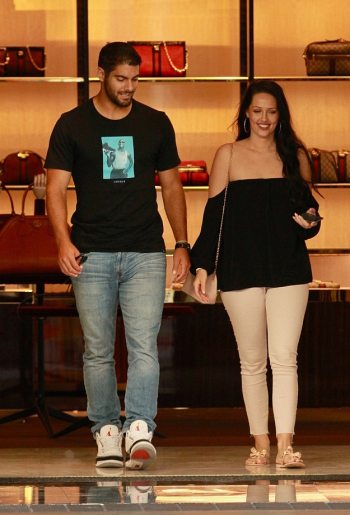 There is no denying though that our hunky quarterback were spotted going on a date with adult actress Kiara Mia since there’s photo evidence of them chillin’ in a restaurant. 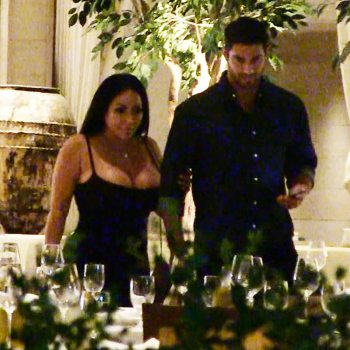 Okay, that’s our update for now but because we know some of you are thirsty for quarterbacks, here’s a shirtless photo of Jimmy G with his equally shirtless pals which we grabbed from his Insta (follow him @jimmypolo). Want more shirtless NFL quarterbacks? 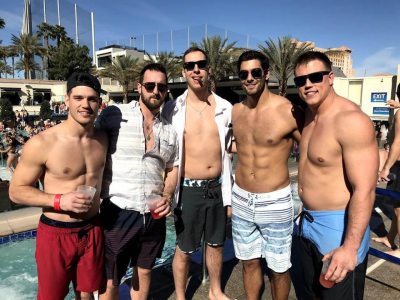 …..
Jimmy Garoppolo Girlfriend, Shirtless Pics, and Other Stuff. Want another NFL football hunk? Of course you do! No woman (or gay man) in his right mind would refuse to check out some smoking sports jock, right? So let’s bring you the newest quarterback of the New England Patriots, the hunkilicious Jimmy Garoppolo aka The Next Tom Brady. 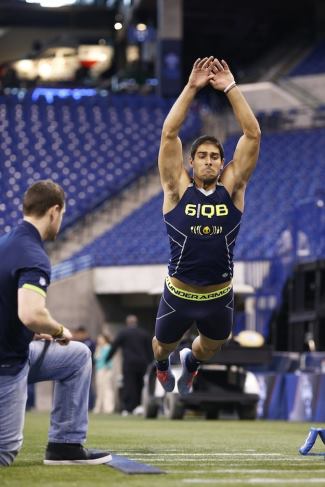 Does he have hairiest armpit in the whole wide world? Absolutely not! We’ve seen hairier ones for sure. Do you like your man to shave or not shave his underarm? We want our man to have them trimmed. 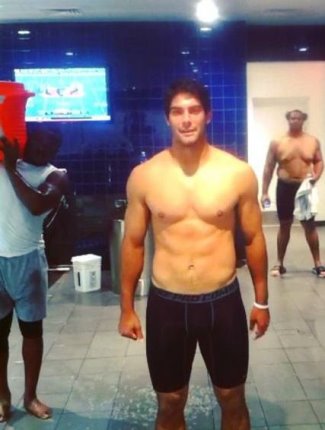 Shirtless Jimmy Garoppolo in Underwear. Our Jimmy goes shirtless and strips down to his Under Armour underwear when he did the ALS ice bucket challenge (above) and during the 2014 combine (below). 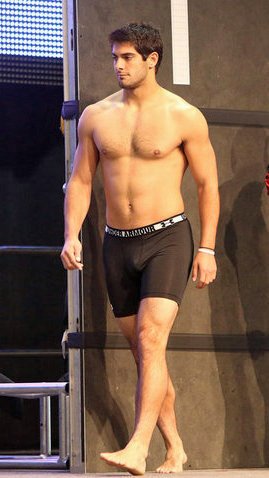 This young man (he’s 22 years old now) is going to be a fine daddy. Here’s a pic of our sports hunk with a baby cousin which he shared to his Instagram followers. Ain’t that cool? For some girls (like our friend Deena) nothing is sexier than a guy who knows how to take care of a helpless baby. Follow Jimmy on Instagram: @jimmygarops10. 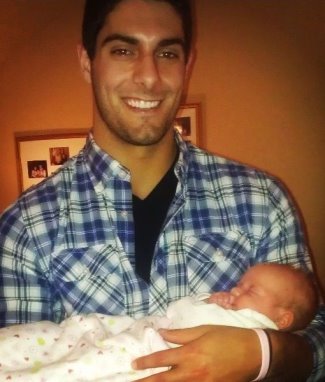 Dating Status: Any Jimmy Garoppolo Girlfriend? Does Jimmy have a girlfriend? Is he dating anyone now? We are not sure 100% but it looks like he is single and available at the moment. He sure didn’t bring a girlfriend to the NFL draft. From nesn.com:

Garoppolo also appeared like he’ll be able to come to New England without distractions in his life. It was noticeable that Garoppolo showed up to the draft with his parents, three brothers and five former teammates. There wasn’t a girlfriend in sight for Jimmy G, and the Patriots probably would prefer it to stay that way — it gives him more time to read his playbook, arrive early for workouts and stay late for film sessions.

Actually, in another news report, this time by the Journal Gazette and Times Courier, our Jimmy did categorically state that he does not have a girlfriend now. From jg-tc.com:

“Everyone is curious why I don’t have a girlfriend,” former Eastern Illinois quarterback said with a laugh. “The (NFL general managers) all want to know.”

Just as he used to reply to EIU offensive coordinators quizzing about Ohio Valley Conference pass coverages, Garoppolo has an answer. “I just don’t have time,” Garoppolo said. “Too busy.”

Now, that’s a career-oriented man, isn’t he? We wish him well as he navigates the exciting world of the NFL!