Jesus Luz Madonna Boyfriend Modeling Photos. If you’re tired of your Dolce and Gabbana underwear and would like to try out some other Italian fashion brand, maybe you’d like to check out these Intimissimi undies which Jesus Luz modeled last year. By the way, do you still remember Jesus Luz? He’s the Brazilian male model who was Madonna’s boytoy sometime in the recent past. 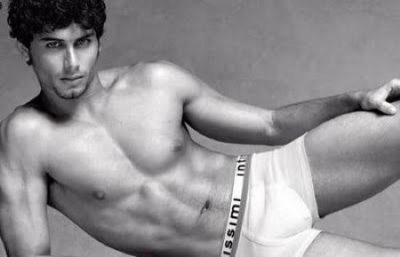 By the by, what did we tell you about the difference between white and black underwear? Black undies tend to hide your junk while white underwear tend to emphasize it. These photos of Jesus Luz in black and white undies are good examples of what we were talking about. 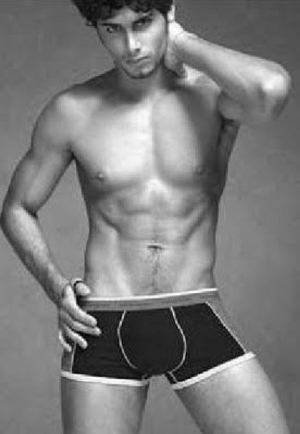 Jesus Luz Madonna Phone War (posted: 20 March 2009). Look who’s reportedly fighting because the guy talks to his parents on the phone even if the girl doesn’t want him too? It’s Jesus Luz and Madonna of course.

Tensions came to a head a few days ago, after the singer walked in on Jesus chatting on the phone to his family. ‘And she just turned on him,’ a source said. ‘She told him it was rude for him to take a phone call in front of her.’But Luz stood his ground and told Madonna she was being unreasonable. ‘He stood up for himself and they had quite a heated argument,’ the source added. ‘Madonna agreed to let him answer the mobile when she’s around, but only in emergencies.’

However, the source claimed Jesus is now furious Madonna continues to use her own mobile. ‘If her phone rings and she wants to take the call, she’ll do it,’ the source said. ‘This is not a relationship of equals.’

Madonna’s controlling nature is also thought to have caused Luz to fall out with his family. ‘His family claims they always know when he’s with her because they can’t get him on the phone,’ the source said. ‘And it’s true. He’ll see his phone ringing and he just has to let it go.’

Maybe Guy Ritchie is lucky after all because he got away from Madonna and her control issues, no? And he’s been everywhere dating hot girls too.

Jesus Luz Madonna Relationship Update. They have since broken up and went their separate ways. The Brazilian hunk continues to model.