Jesus Datolo Shirtless, Awards, Girlfriend Update. We are updating this post to note that our favorite Argentine football star Jesus Datolo, who is now playing for the Banfield Football Club (based in Buenos Aires), is in a relationship with girlfriend Barbie Blanco. From what we gathered from the interwebs, the two have been dating since last year. Here are photos of the lovebirds which we grabbed from Jesus’ Instagram page (follow him @jesusdatolo23): 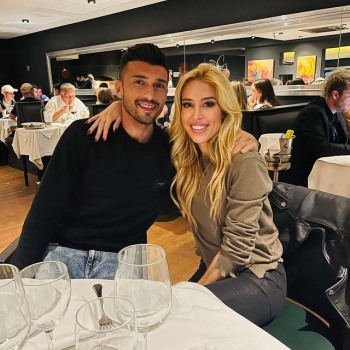 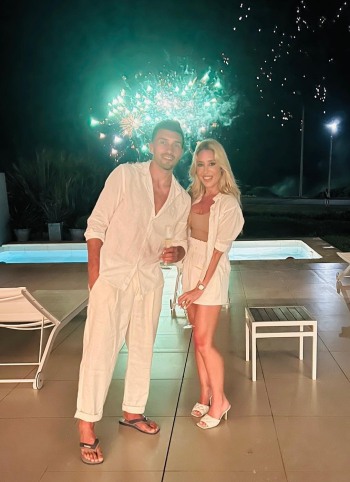 Now, we know some of you — actually, most of you — are thirsty for shirtless football hunks so here you go!!! Gotta give props to Jesus because, apparently, he and his team have been winning trophies. Yay!!! 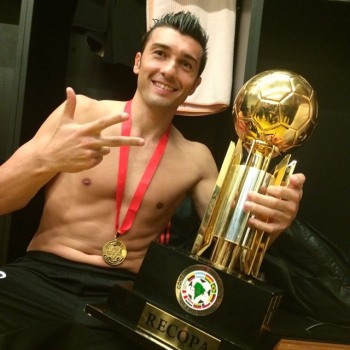 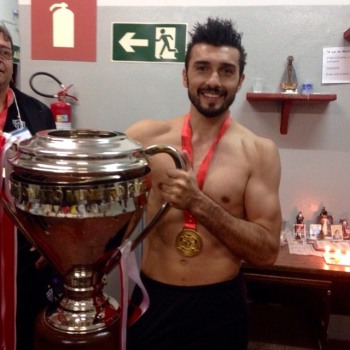 He really is a beautiful man, isn’t he? 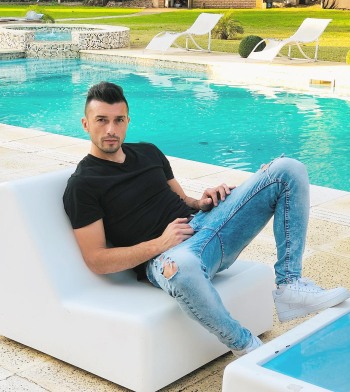 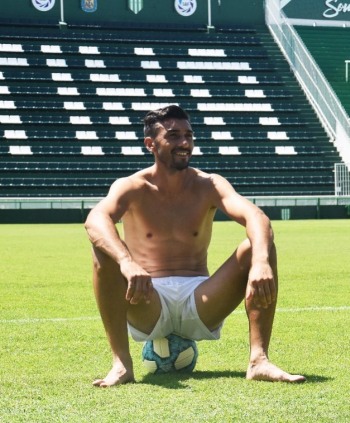 …..
Jesus Datolo Gay Magazine Photoshoot: Shirtless and Underwear Photos (6 January 2010). Look who’s gonna get in trouble for posing in his underwear for a magazine photoshoot? It’s the cute guy above, that’s who. The dude’s name is Jesus Datolo, footballer for the Italian football club Napoli. 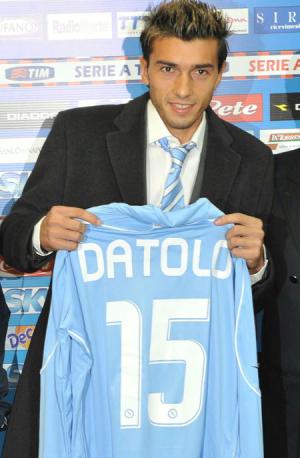 Check out his controversial photos after the jump.

These Datolo underwear photos are not really that scandalous, right? Include us in the list of those who are wondering about what the fuss is all about.

David Beckham has more intriguing (or revealing) photos than these ones. Good thing he’s not being sanctioned.

How these photos could upset his club bosses is beyond us? Those Gods of Football – Dieux Du Stade photos are way more revealing. 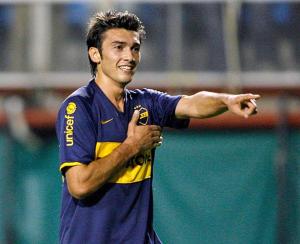 Here’s a report from momento24.com about Datolo’s photoshoot and possible sanction: “Former Boca Juniors midfielder Jesus Datolo could be sanctioned by the leadership of his club, Napoli, after posing in underwear for an Italian gay magazine. Aurelio De Laurentis, president of the entity, did not hide his displeasure for Dátolo’s photos and calles for him to make his defense.”

The report adds: “De Laurentis is not bothered by the photos but because ‘the image of Napoli rights have been violated.’ Popular gay magazine Romeo Mag, whom Italian journalists call a ‘gay monthly magazine’, published pictures of Dátolo, where he appears in his underwear.”

During the interview, Dátolo said he could be a model in the future and praised the current national team coach of Argentina Diego Armando Maradona: “He is a great coach and a great person.” Also, Jesus recalled when he played for Boca, where he was one of the leading figures of the team.

Want more Italian hunks? Or you might want to check out these football hunks instead.