Jeremy Renner Bourne Legacy Jacket: Belstaff H Racer Cardigan. What jacket is Jeremy Renner wearing in Bourne Legacy? It’s a Belstaff Racer Cardigan. We sure are loving movie jackets at Famewatcher, don’t we? We’ve looked at Andrew Garfield’s The Amazing Spiderman jacket. We also looked at the coats and jackets of the bad dude in the newest Batman movie coming out next week [see Bane’s Jacket: Tom Hardy Jacket in The Dark Knight Rises]. Now, let’s check out one of our favorite actor who, if his next movie kills at the box office, is on his way to Hollywood stardom. 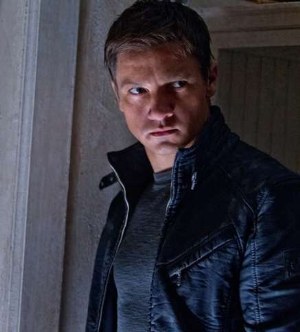 As we mentioned above, Jeremy Renner’s slick, chic, and fabulous jacket is from Belstaff. Looks cool, eh? Every man ought to have a jacket like this. Unfortunately, it is out of stock according to the company’s website. 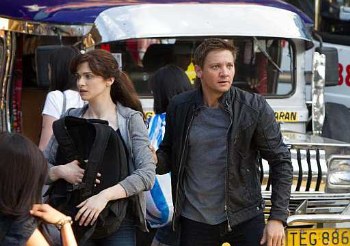 Jeremy with co-star Rachel Weisz on the busy streets of Manila in the Philippines. For those of you who are wondering, Jeremy plays Aaron Cross whose real name is Kenneth Gidson and is, according to the Bourne wikia, “an Operation Outcome operative from Reno, Nevada and the Protagonist of the Bourne Legacy,and serves as the deuteragonist of the Bourne film series”.

Deuteragonist what? It means the second most important character according to Mr. Webster. 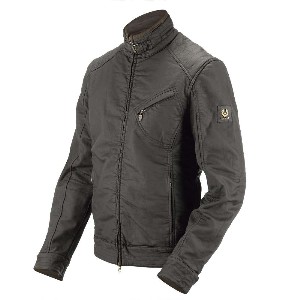 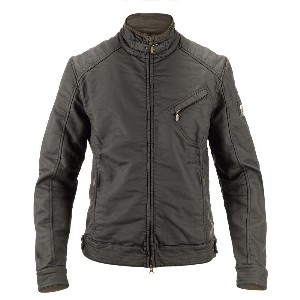 It’s made of 70% cotton and 30% polyurethane. Apparently, its one of Belstaff’s bestsellers (price: €360) and is “made in exclusive “H” plush, 100% cotton base, rubberised with a polyurethane coating to make it water repellent”. Hey, why are we telling you this when we know that it is out of stock? Well, let’s hope they become “in stock” again because, as we told you, every man from Antigua to Zimbabwe and all the other countries in between must have a jacket like this. It will be a very fashionable world should that happen. Hehe.