Jeremy Piven Hair Transplant or Toupee King? Did Jeremy Piven get himself a hair transplant like the other celebrities with hair loss issues (e.g. Berlusconi’s hair transplant) we’ve been blogging about for some time now? He didn’t according to our friend Deena who believes that Jeremy simply uses toupees to hide his receding hairline. 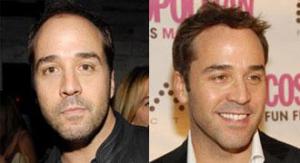 Nothing wrong with either approach, if you ask us. We should do whatever we are comfortable with to deal with hair loss. In fact, doesn’t some try to solve the problem via hair loss urine therapy?

So whatever it is that Jeremy does or will do in the future, we leave that for him to decide.

Jeremy Piven Hair Transplant Proof. The guys at TMZ has this photo of Jeremy white vacation in Hawaii. Is this proof that he had a hair transplant? 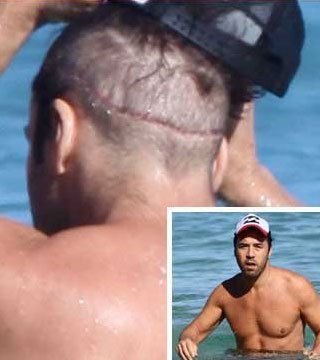 According to the Daily Mail, Piven apparently claims that this head scar is the “result of surgery to conceal an old scar from an acting injury”.

However, a top cosmetic surgeon interviewed by the British tabloid says the scar is “indicative of a strip method hair transplant, where hair is cut out and transplanted, strand-by-strand, into thinning areas”.

From the Daily Mail: Dr Bessam Farjo of the Farjo Medical Centre in London – whose clients have included Dragons’ Den tycoon Duncan Bannatyne – said: “From the picture, I would say he has had around 3,000 grafts, costing up to £9,000.”

Before and After Photos. Here are some photos of Jeremy which kinda shows differences in his hair — particularly his hair line — which do support suspicions that he has undergone hair transplant procedures. As we’ve said in our original post above, we really see nothing wrong with a celebrity like him (or any person for that matter) getting a hair transplant surgery. 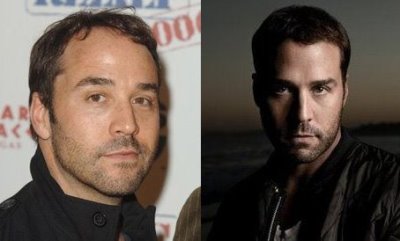 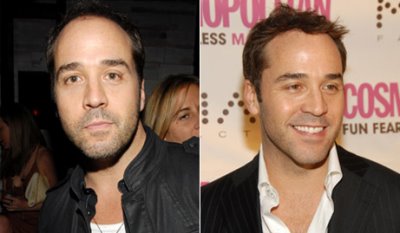 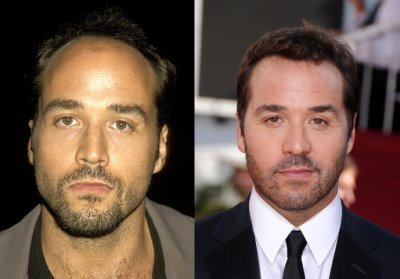 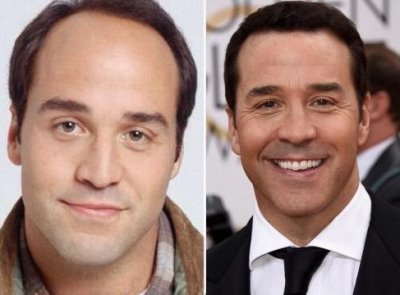 Check out this Jeremy Piven hair transformation from 1995 to 2009. Amazing, huh? No wonder one of you left a comment saying that he is a real-life Benjamin Button when it comes to hair as his hair gets better as he gets older. 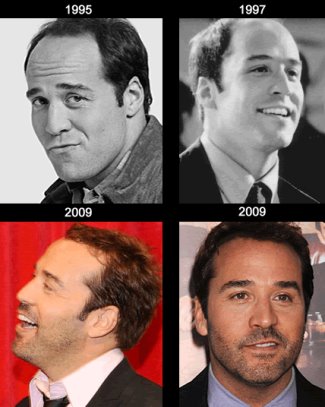