Jeremy Clarkson Shirtless: Young Man in Short Shorts. Look who’s wearing a pair of really short shorts? It’s Top Gun presenter Jeremy Clarkson. Okay, before you laugh at the guy for his shorties, you must know that this pic was taken from back in the 1980s when short shorts were very much a part of men’s clothings. Go check some old photos of your dad, we’re pretty sure he’s wearing short shorts in some of them. 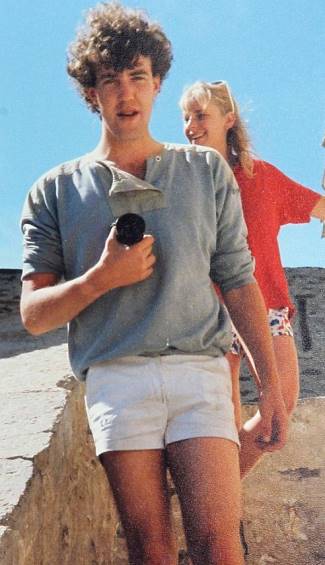 Now, although you cannot laugh at Jeremy for wearing short shorts, you can go ahead and laugh at him for wearing that pair of really ugly rubber boots. What is that? We’ve never seen anything like that. Is he trying to cross the Panama Canal or something? The only reason we can think of for a guy to wear that is when he’s going swamping or something. 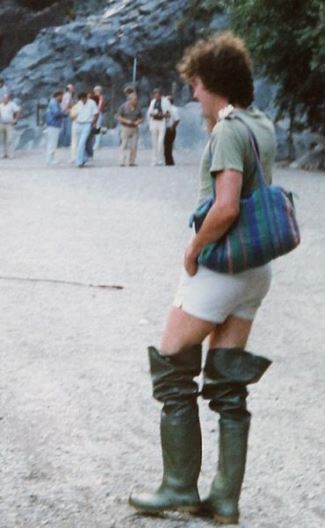 Jeremy Clarkson Shirtless. The following pics are for those of you looking for shirtless photos of the British TV personality. Nice, Mr. Clarkson. 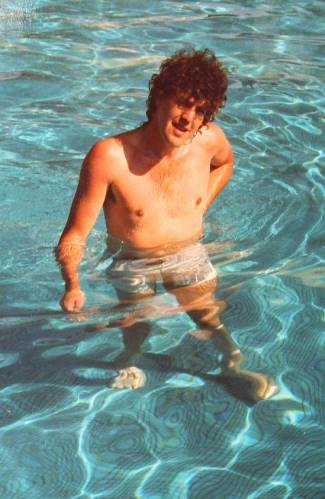 He’s going kissy-kissy with then first wife Alex Hall. Looks like he is wearing a pair of Speedos, no? 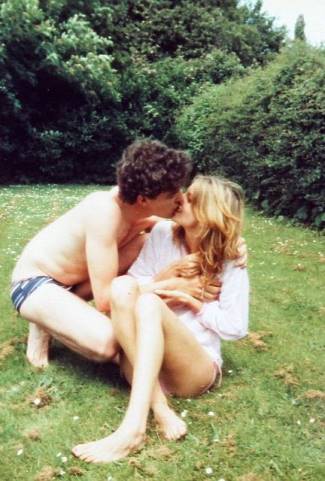 Are we having some problems with our vision or does Jeremy look like the oldest Jonas Brother? What’s his name, the curly-haired guy who got married? [Update: Our friend Deena tells us that the name we were trying to remember is Kevin Jonas. Thanks, Deena.] 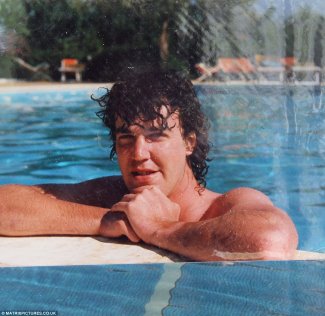 So what are internetizens saying about these photos of a young Jeremy Clarkson? Well, not unexpectedly, his haterz are gonna continue with their hating with comments like this (on the Daily Mail):

His fans and supporters, on the other hand, are loving him … as they should:

That’s it for now, fellow Famewatchers. Where do you fall under the Love vs. Hate Jeremy category?