Jencarlos Canela Shirtless, Underwear, Gay or Girlfriend? Every now and again, we encounter a show on Netflix that is kinda average — or one not targeted to our demographic — but we continue to watch it anyway because of the characters in the show and the actors who play them.

This is the case for the new comedy, The Expanding Universe of Ashley Garcia, which is clearly for the younger demo like our niece Sheila but we continued to watch it anyway because we were captivated by the charm and gorgeousness of Jencarlos Canela. We were like, “Damn! Where has this guy been hiding?” 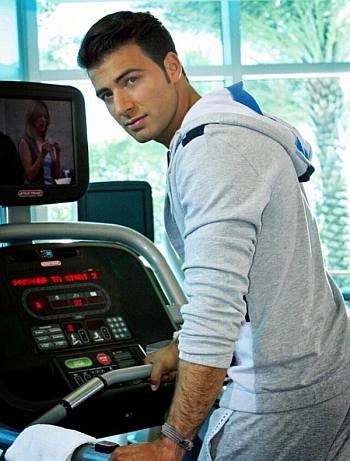 Obviously, he’s not been hiding at all. In fact, he’s been in the biz since 2007 but most of his acting gigs have been on Spanish language TV which we do not watch because we unfortunately do not speak Spanish. Now, thanks to his Netflix show, the rest of the world is discovering Jencarlos. Yay! 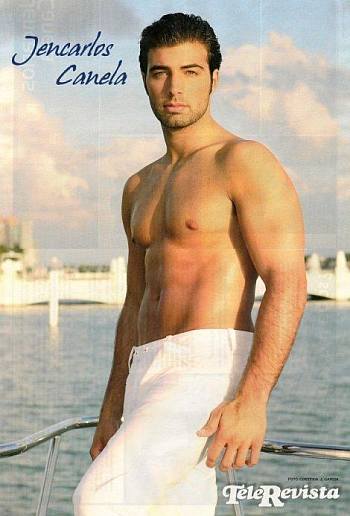 Our favorite Jencarlos Canela shirtless pic would be the one below. 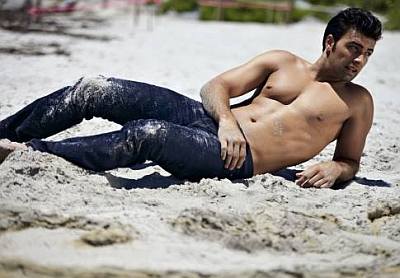 Jencarlos Canela Gay or Straight? Relationship Status? He is straight but you can call him an LGBT ally as he has supported Pride activities in the past such as the 2015 stand against bullying for Spirit Day which was organized by GLAAD. 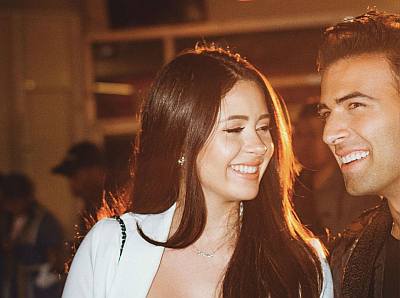 Currently, Jencarlos is dating Miss Universe Puerto Rico 2017 Danna Hernandez (the girl above) and he was married to actress Gaby Espino with whom he has a son. Jencarlos and Gaby parted ways in 2014.

Jencarlos Canela Underwear Pick: Boxers or Briefs? Apparently, he is a boxer briefs kind of dude as you can see in these screencaps and GIFs we grabbed from a video he posted on his Instagram account (follow him on @jencarlosmusic). Want more men in boxer briefs? 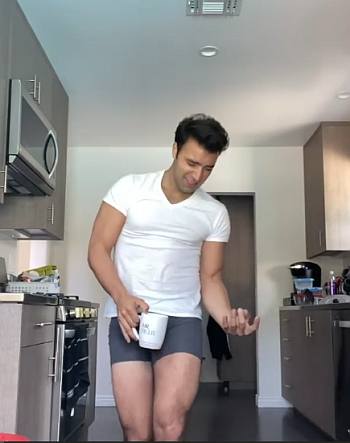 Oh, by the way, if you watched the last episode of The Expanding Universe, you’d know that he is a good singer. We found out that he is the real deal and has released three albums that topped the Latin Music charts. 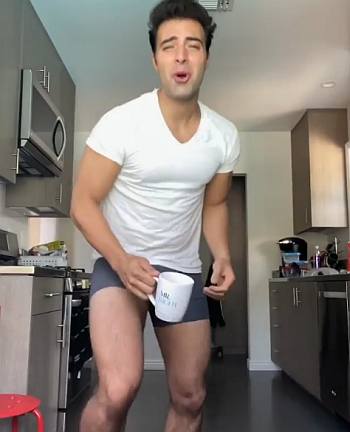 Oh, did we say we have the GIF versions of Jencarlos dancing and air-guitaring in his boxer briefs? Yes we did! They’re just too good to not make a GIF of.

Why settle for one GIF when we can have two, right? So here’s another one: