According to the Daily Gossip section of the New York Daily News Jeffrey, the legal analyst for CNN, got a little too close with Casey Greenfield and that their relationship crossed the line. Casey is the daughter of CBS analyst Jeff Greenfield. 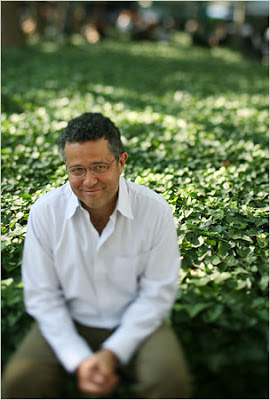 Casey Greenfield is Pregnant w/ Jeff Toobin’s Baby? Wondering what “crossed the line” meant in the NY Daily News gossip about CNN analyst Jeffrey Toobin which we blogged about earlier? Well, according to them folks at Gawker, “crossed the line” means “some guy got some girl pregnant”. So Jeffrey, you naughty boy, is it true that you crossed the line? Someone should spank for, well, being naughty.

WANT MORE MEDIA SCANDALS? CHECK OUT OUR OTHER POSTS BELOW:

Holy crap. After Aaron Bruns, the Fox News reporter who was busted for possessing child p*rn*graphy, here’s another media person caught for the same offense.

From The Smoking Gun:

David Malakoff, who until recently worked as National Public Radio’s science editor and an on-air correspondent, was named in a felony criminal information filed Tuesday. The information, a copy of which you’ll find below, offers few details about the 46-year-old Malakoff’s alleged criminal activity, except to note that he possessed the illicit material between April and June 2008 (Malakoff resigned from his job last June, according to NPR spokesperson Anna Christopher).

NOTE: Here’s the charge sheet. Click at the image to enlarge.

CNN’s Zain Verjee reports on the peanuts that airliners are serving these days but she keeps calling them penis. This should become one of them classic TV journalism bloopers.

Tessa Dunlop, an award winning broadcast journalist who worked with BBC as a freelancer, is accusing BBC of sexual discrimination alleging that she was fired after she gave birth to her baby.

We don’t know anything at all about British laws, but isn’t a freelancer not an employee of a company? So how can one be fired if s/he’s not an employee in the first place. We’re just asking because we are confused.

If you are a parent, what would you do if you see BBC’s Cerrie Burnell doing her job as a broadcaster/presenter on television. If you are a good parent, you would be inspired right? And you would cite her to your kids as a good example that nothing, nothing can stop them from not achieving their dreams.

But if you are a stupid parent, like some stupid parents who are now protesting against the BBC, you would want to get her out of your television because she “scares the children”. Ugh. We really doubt if their children are scared. We think these parents are just using their children as cover so they won’t be called out for their prejudice and small mindedness. Hey stupid parents, time to grow up.

Here’s a video featuring Cerrie Burnell. Those saying that she is scary deserve to go straight to hell. For those who are not familiar with the controversy regarding Cerrie which was whipped up by some ridiculous parents, check out our earlier post.

Watching this interview, we must say that we’re amazed by Cerrie. She’s one really classy lady.