Jeff Brazier Shirtless. We are updating this post because our friend Deena wants to see more Jeff Brazier shirtless photos. Well, Deena, consider your wish fulfilled. It would be easier for everyone if you just follow the guy on Instagram but, hey, we are here for you. Hehe. Anyhoo, here are some no shirt photos of our British presenter and reality star. 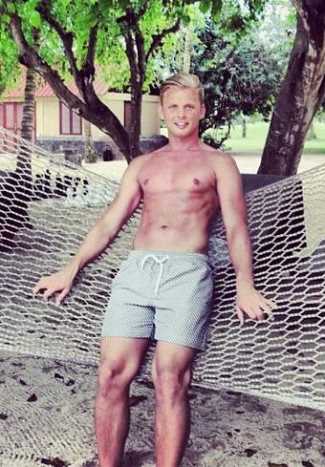 Our favorite Jeff Brazier shirtless photos would be the next images below. 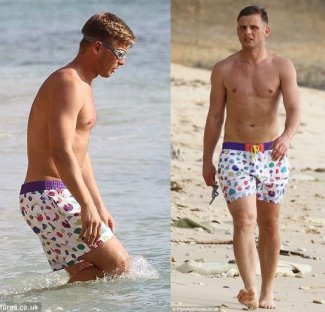 He tweeted the next image for his gay fans. No he is not gay himself — and he was involved in a gay mini-controversy (that is, he said some dumb things that people took to be homophobic) — but he seems to have no problem with the gays. 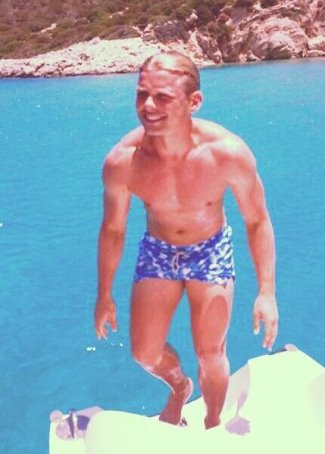 Whether shirtless or fully clothed, our Jeff sure is bringing it? He proves true the saying the suits for men are like swimsuits for girls — they make you want to look at what’s inside. Damn, ain’t our boy sexy!

Does Jeff have a girlfriend at the moment? If he’s single and looking, where do we apply to be his girl. Haha. Update: He is very much married as he tied the knot with Kate Dwyer in 2018.

…..
Jeff Brazier Underwear: He Likes Boxer Briefs, Baby! (Posted: 19 November 2009). We love us our Jeff Brazier! Seriously, how can we not? Have you seen “footballers” doing something like this? 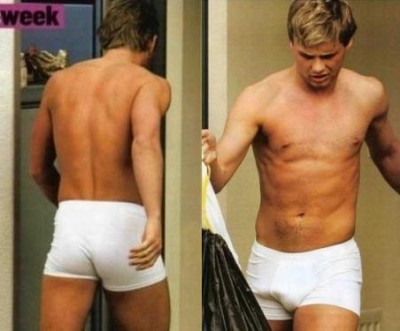 Okay, maybe you have. After all, a lot of professional footballers do that kind of stuff everyday. But have you seen guys roaming around in their tight boxer underwear? Not a lot of guys do that, no? Well played, Jeff. Well played. Want more British hunks? Or more men in boxer briefs underwear?

Jeff Brazier Shirtless in Spandex. Don’t our Jeff look good training in his Spandex? These photos were taken when our Jeff is training for the show Dancing on Ice. 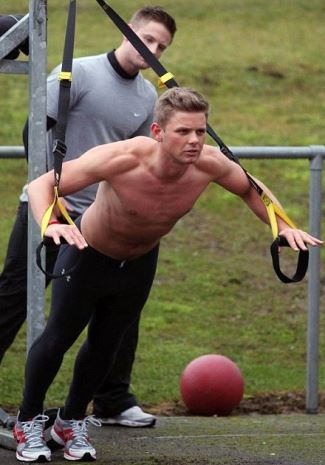 He actually did a pretty good job dancing on ice with partner, Canadian ice skater Isabelle Gauthier. They lasted all the way to the 8th week of the competition. There was speculation that he was romancing the trainwreck that is Kerry Katona who was also on the show but he declared that there’s nothing going on between them. 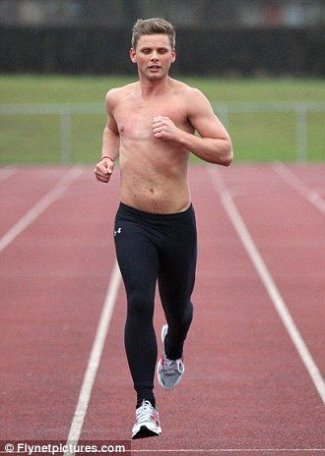 Anyhoo, here’s another shirtless Jeff Brazier photo taken of him while wearing a pair of Calvin Klein underwear. 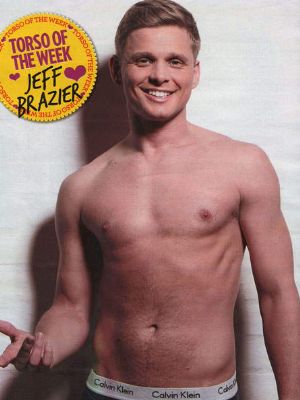 And here’s Jeff Brazier as a cool daddy. 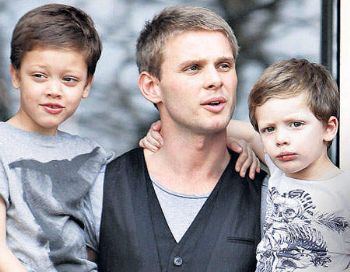 Before we end up thinking that our Jeff is all about boxer briefs, here’s a photo of him wearing a tight CK briefs in an episode of Celebrity Wife Swap. He sure is into tight white underwear, isn’t he?