Jay Gotti Shirtless Photos and Girlfriend – MTV’s Real World Explosion. Famewatchers, meet Jay Gotti – male model, mixed martial arts (MMA) fighter, MC (host) and one of the cast members of the upcoming nth edition of MTV’s The Real World aka the granddaddy of all reality TV shows. This latest edition of TRL will be (or is being) shot in San Francisco and will start airing on 15 January 2014. 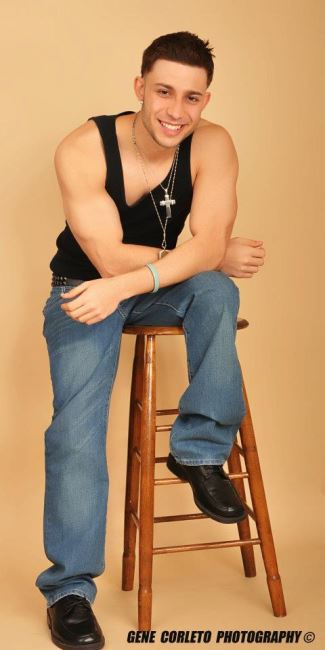 From Jay’s MTV profile: “Jay is a classic womanizing heartthrob (or so he thinks), who doesn’t shy away from conflict. He works as an emcee and promoter at a club where he spends most of his time omitting the truth to pick up girls and ultimately getting them to do whatever he wants. Jay has been dating his girlfriend, Jenna, for almost two years. Although the relationship is off and on, Jay doesn’t seem to want to settle down and continues his ‘player’ ways.”

More about Jay from MTV: “Jay has never really left his hometown of the Bronx, and with his NY attitude hitting San Francisco, these ladies better watch out. Flirting with his 60,000 followers on Twitter and Instagram constantly leaves him in the doghouse with Jenna, yet he always knows the right things to say to avoid getting caught. Once Jenna moves into the house, will Jay stop the flirting so they can move towards making it official – AGAIN?” 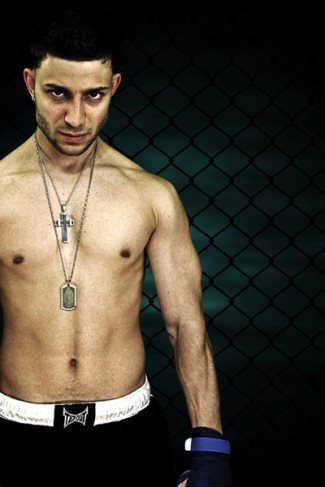 We are not mistaken though in stating that Gotti is a male model. Check him out modeling this Kenny Mack USA Acid Wash Tee-Shirt which you can add to your closet for $14.99 (its available at kennymackusa.com). 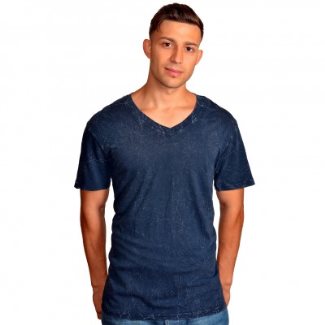 Who is the Steve LePorisz guy that Jay is honoring with his bracelet? [Want more shirtless reality stars? Check out our earlier post on Shirtless Top Chefs.] 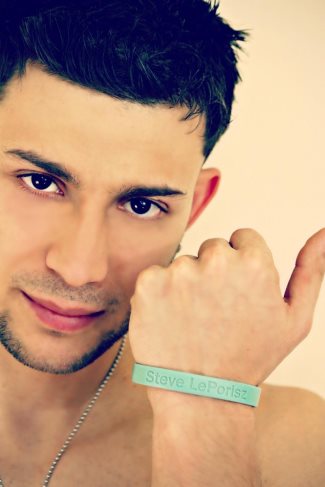 Question: Does Jay’s chest look kinda weird in the next pic below? It is enhanced by photoshop? 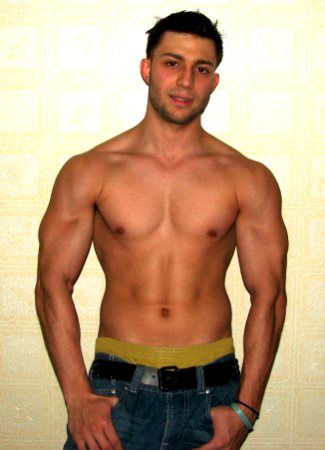 Question 2: Is this Jay’s girlfriend, the one referred to as Jenna in his MTV profile? 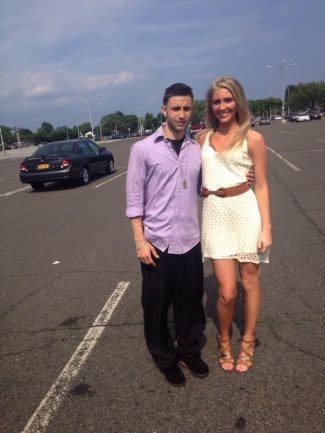 Watch out for our future posts on the other cast members of The Real World Explosion.