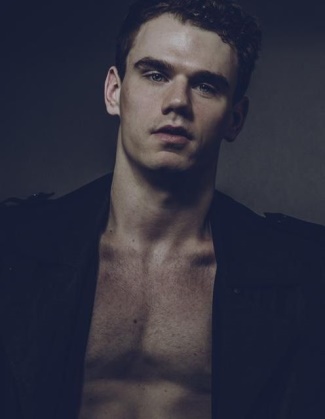 For those who are wondering, yes Jay Armstrong Johnson is gay. In fact, Now Next Now reveals that he is out or openly gay:

Out actor Jay Armstrong Johnson who can currently be seen in ABC’s Quantico gave “Diamonds Are A Girl’s Best Friend,” from Gentlemen Prefer Blondes, his own twist by stepping in for Marilyn Monroe among a sea of men and sparkly jewelry.

Here’s the video the above quote referenced:

Jay Armstrong Johnson Gay Boyfriend? Is he in a relationship or dating anyone? Does he have a boyfriend? We do not know his status now but a 2014 New York Times story mentioned that he has a boyfriend:

We do not have the name for our hunk’s boyfriend so we are asking you Famewatchers in the know to tell us if you happen to know the guy. Danke!

Jay may be new in the small screen but he’s got a longer, more impressive resume as a theater actor. Check him out as a dancing sailor in On the Town: 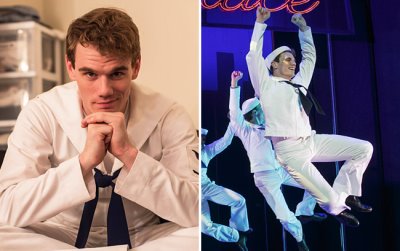 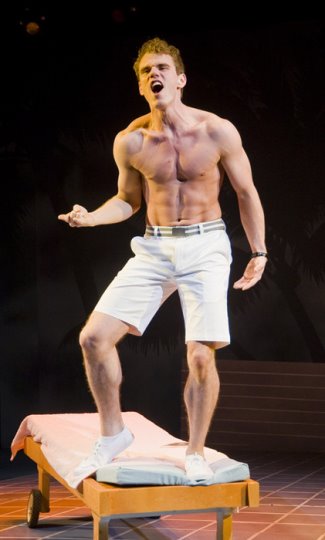 Finally, here’s Jay as Matthew on the stage play Wild Animals You Should Know. He plays a teenage jock who, to use the words of Rachel Green, “uses sexuality as a weapon”. 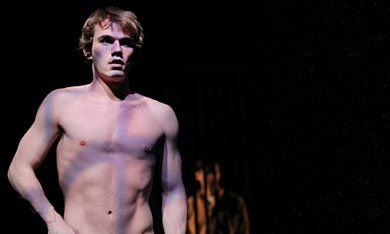 He sure is fit, huh? In an interview with broadway.com, he tells us how to keep his body in shape: “I make sure to do a half hour of yoga before every show, because Chip is a tense guy. He’s got 24 hours to get everything done, so I realized at the end of the show every muscle in my body is tense. When I get home every night, I have to do a little bit of a yoga cool down, and roll out my legs on my leg roller. If I don’t, things like rolled ankles and cricks in my neck start peeking up everywhere. It’s nice not to have to go to the gym every day. I’ve got the Lyric Theatre as my gym [laughs].”