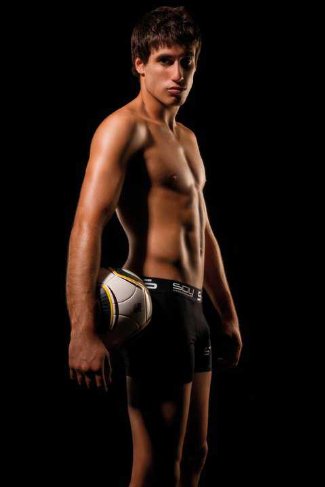 How does it feel to be the boyfriend of the hottest WAG (wives and girlfriends) in football? Well, you can ask Bayern Munich’s Javi Martinez who’s girlfriend, Maria Imizcoz, was named by readers of the German magazine, Bild, as the “the hottest WAG of the Bundesliga”.

How does it feel to be a football star and an underwear model at the same time? Well you can ask David Beckham, Argentine footballer Fabian Cubero, and Aussie rugby hunk Harry Kewell who all modeled underwear but you can also ask Javi Martinez who was the image model of the Spanish underwear brand, Soy Underwear, during the brand’s Autumn/Winter 2011-2012 ad campaign. Check out some of his pics.

Another pic of Javi in his boxer briefs.

Javi talks about his Soy Underwear modeling gig, and other things, in this interview with Con La Roja:

Javi: Hi, I’m Javi, Javi Martínez, I’m 22 years old, I’m from Ayegui but I live in Bilbao because of work, for sports, I play football, I play for Athletic de Bilbao, I’ve been lucky enough to play for the Spanish national team, and… I’m the image of the underwear brand Soy Underwear.

Describe your perfect girl. My perfect girl? Jo…. She should be nice, funny, kind, faithful… and pretty too. And she has to like sushi.

Do you consider yourself romantic? (Laughs) I don’t know. If I had a girlfriend, you should ask her… I have no idea. I do like to be thoughtful, but… I don’t know.

Your favorite vacation spot? Right now, Ibiza. I had a great time the two times I went there with my friends. It’s a paradise.

Your favorite movie? It could be The Notebook. I like it a lot.

What book are you reading now? Right now, I’m reading World Without End, which is the sequel to The Pillars of the Earth, which I loved and would recommend to everyone. I even gave it to my mother so she could read it. And… perhaps it’s the book I’ve liked the most up to now.

What do you wear to sleep? Pajamas. But from Soy. Like these.

What plans do you have for after you retire? I’m studying for the university entrance exams, I would like to study journalism.

No wonder he didn’t wear briefs in his modeling photos. It turns out that our Javi is a boxers kind of guy. This is probably our “favoritest” pic of Javi in Soy undies. 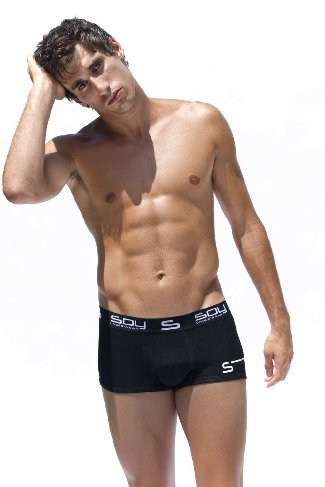 Before he transferred to Bayern Munich, Javi also modeled some sports clothes for his former club Athletic Bilbao. Check it out. 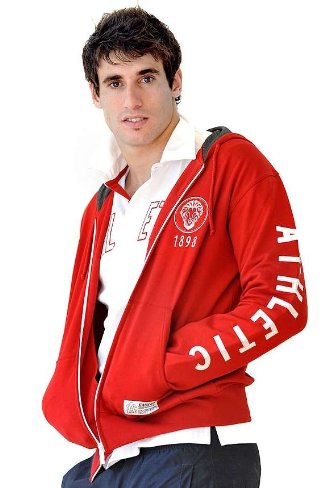 He looks fab in the the tight blue shirt, no?

Want more football hunks? Check out our post on these Football Athletes Kissing on the Pitch.