In fact, Jason plays the titular character who is described on wikipedia as a small-time football (i.e., American gridiron) coach who was hired to coach a professional soccer team in England, despite having no experience coaching soccer.

As mentioned, critics are loving the show (it’s currently sitting at an 86% Fresh rating on Rotten Tomatoes) and are heaping praises on Jason’s portrayal of a lovable but clueless soccer coach. 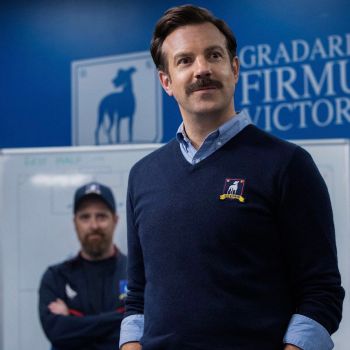 The guy seems lovable too in real life. With his dad bod as well as unruly and unshaved body hair, we have no choice but to stan the guy. 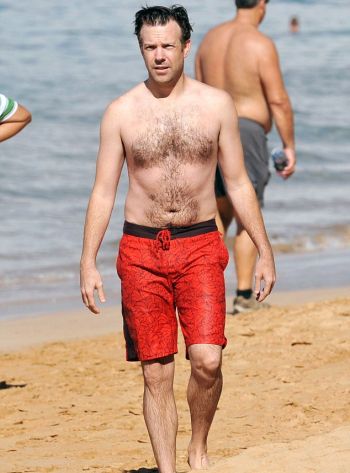 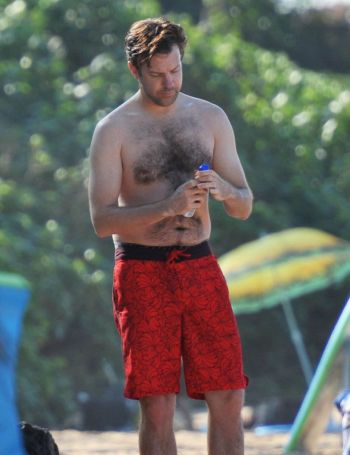 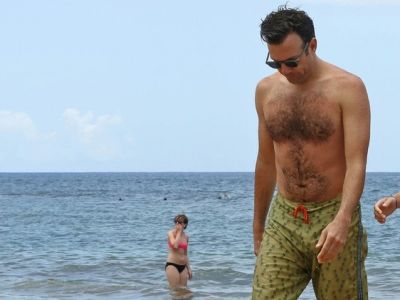 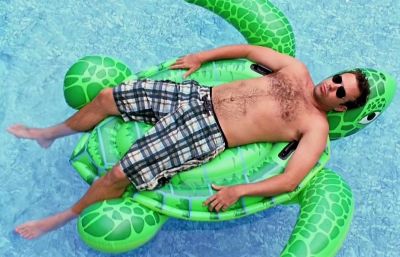 Jason Sudeikis Gay or Straight? The American actor is straight but he’s not averse to going kissy kissy with another dude as you can see in the pic below. For those who are wondering, his kissing buddy is Will Forte and this is screencapped from a Mumford and Sons video. 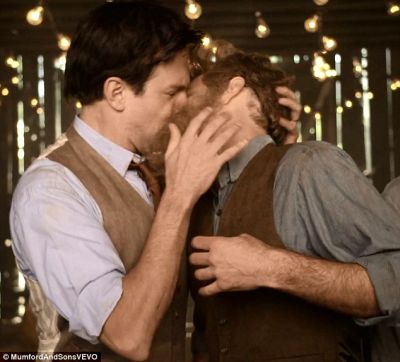 Jason Sudeikis Single or Married? Now that we know the guy is straight, what’s his dating status like at the moment. He is currently in a relationship with actress Olivia Wilde and the two were actually engaged back in 2013.

Apparently, the lovebirds love a looooong engagement although, when he guested on Watch What Happens Live in 2016, Jason jokingly told Andy Cohen that he and Olivia “won’t get married until weed is legal in every state.”

Boy, if that’s the metric they are going to use, the couple might end up not marrying then because we don’t think the bible-spouting hypocrites in red states will ever legalize weed. 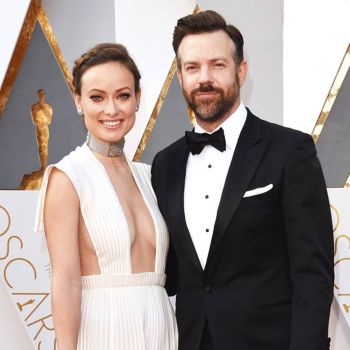 However, a source close to the couple — who currently have two children together — told Radar Online that they are planning to get hitched.

Says the source quoted by Radar Online: “They’ve never needed the piece of paper because they’re so committed to each other. But now that they’re a happy family-of-four, they’ve realized that they want to make it official. They’re not planning a big celebrity affair. Instead, they’re talking about going to the courthouse with just their kids and a few family members and celebrating over dinner with some of their closest friends.”

Jason Sudeikis Hot in Suit and Tie. This section is for the Famewatchers among us who appreciate men who rock their suit and tie. 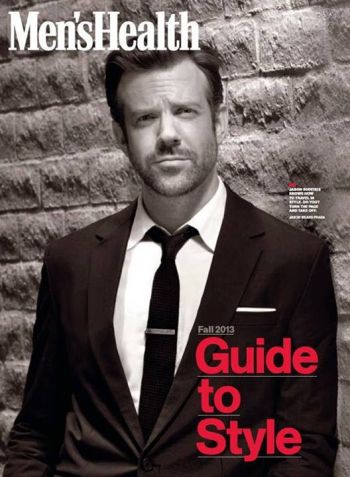 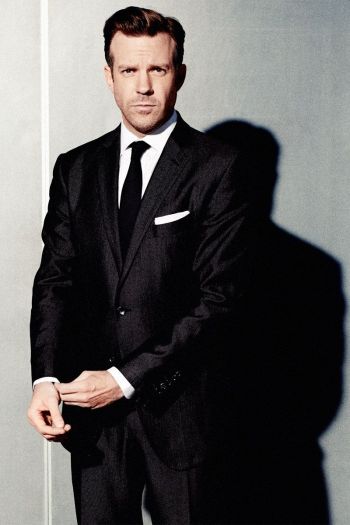 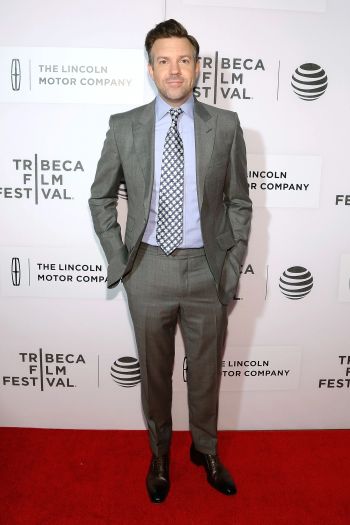 Let’s end this post with Jason bumping uglies (joke, joke) with fellow comedian Adam Samberg. This is the closest thing to an underwear photo we can find of the guy. 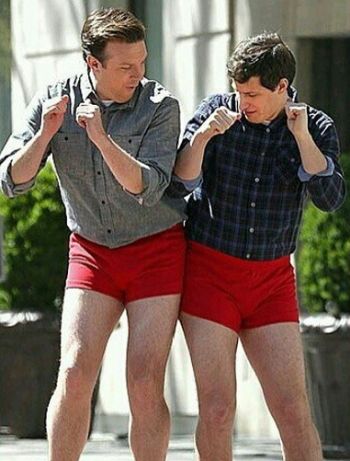