Jason Bolden and Adair Curtis Baby: What’s the Name of Their Baby? We recommended the Netflix show Styling Hollywood to our niece Shiela who loved it as much as Grandma Akita and yours truly did. When she finished binging, she sent us a message asking whether Jason and Adair already have a baby and, if so, what have they named him? 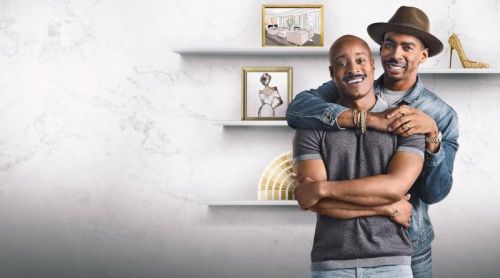 Her text reminded us that we did not actually finished recapping the show — we ended on the fourth episode — but we did mention in one of our recaps that the major disagreement between the couple is Jason’s reluctance to schedule an appointment with the surrogacy firm. Melinda Elveness, aka the MVP of episode 3, helped Jason and Adair view the matter from the other’s perspective and at the end of the series, on episode 8, Jason expressed that he is ready to raise a family with his husband. The two went on to tell the rest of the JSN Studio/Styling Hollywood team (and the now departed but still member of the team Kafia) that they’d be having a new member in the person of a baby. Yay! We are so happy for them!!!!

Now, to answer our niece’s question, it is unlikely that the Jason and Adair now have a baby at the time we are posting this. Why do we say this? One, because the surrogacy process takes time and is most definitely longer than a non-surrogacy pregnancy. Considering that they told their colleagues after the Oscar Awards (which was held towards the end of February), the time between then and now is not enough for the birds and the bees to do their work.

However, Adair did mention in the show that his goal is to have a baby in the next year so if the couple started the process as soon as they told their colleagues, we’d be welcoming the newest team member of the JSN Studio/Styling Hollywood in the next few months. Yay!

Let’s keep our fingers crossed that Netfllix will renew the show so we will have more of the JSN squad because they are just so cool to watch on TV.

Now, as to the prospective name of the couple’s bundle of joy, we hope Adair does not agree to the silly names jokingly suggested by his husband. Anyhoo, watch out for baby updates in this post in the future.