Japanese Girls in Police Uniform. Our friend Deena was going through our blog to see what we wrote years ago and, after reading our post on Japanese girls wearing police uniforms, she wondered aloud whether there are female police officers in Japan. Fair question, because there are countries that allow women in law enforcement agencies and there are those who don’t. Since we did not know the answer to her question, we went digging and discovered that Japan does have female police officers.

However, according to a Kyodo News report earlier this year, there is a shortage of female recruits which is why the Fukuoka police are getting creative in their recruitment drive by doing a fashion show to drum up interest:

The fashion show is just one of the methods the police force in the southwestern prefecture of Fukuoka are utilizing in order to increase the percentage of its female recruits, the lowest among the country’s prefectural police for the past two years.

The fashion show held on March 27 invited about 100 high school and university students, as female police officers wearing a variety of work uniforms walked along the runway to upbeat music.

Props to the Fukuoka police for their innovative technique and we hope they are successful in convincing their targets that policing can be an attractive career option for women. 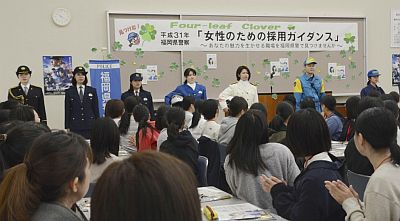 Japanese Girls in Police Uniform (7 November 2009). Here are some photos to add to our growing collection of girls in military uniform. Or, in this case, police uniform. For the record, we are not sure if these girls are real policewomen or whether they are models “acting” as members of the Japanese police force. For the sake of our friend Kevin who’s into ladies in uniform, we hope its the former rather than the latter. 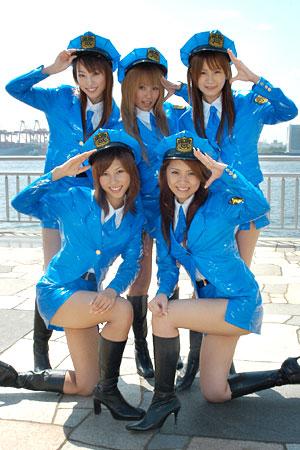 Anyhoo, if you want more girls in uniform, check them out here. Don’t forget Jessica Simpson.

Related Post on Japan: Emiri Miyasaka’s Controversial Miss Universe Dress (04 August 2009). Some silly people, and we won’t be surprised if they turn out to be traditional values Republican idiots, were reportedly scandalized by Miss Japan Emiri Miyasaki’s gown (see above pic) which she was planning to wear during the Miss Universe contest. Because of the controversy, Emiri decided to alter her dress. 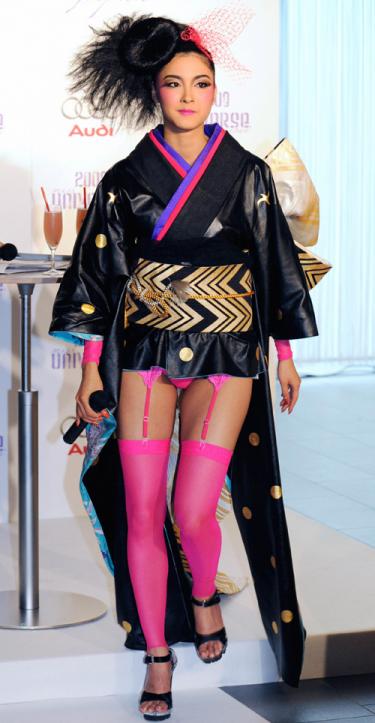