Jamison Bachman Fraternity Friend Ken Gutzeit: Worst Roommate Ever. Anyone of you watched Worst Roommate Ever? If you haven’t and are into crime documentaries, you should check it out. It is compelling television, we must say, especially the first episode about a grandmotherly woman (who really ain’t that old) and the last two episodes about Jamison Bachman who went to law school, did not pursue a law career, but is using his knowledge of tenancy law to become literally the Worst Roommate Ever. 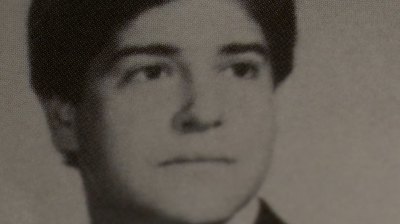 How did he become one? His friend from childhood, who was interviewed for the documentary, told us on camera that Bachman’s personality changed when he went to Tulane University and witnessed the killing of a fraternity friend. The show did not go any further so we kind of assumed that it was a fraternity hazing gone wrong. You know, maybe it was an initiation for new members and some accident happened with an over-enthusiastic senior brother.

Well, it turns out this is not the case at all. We went a-googling and we found this news clipping about the incident:

Kind of sad, no? The killing happened because two college boys just won’t let go of their grudge against each other about library rules.

Now, what happened after that? Turns out that a grand jury was formed to look into the matter of indicting Randell Vidrine but the grand jury decided not to indict him at all. [Source: Check out the 2018 article on the nymag.com called Worse Roommate Ever which gave birth to the documentary.]

We can’t find any authoritative source on why the grand jury came up with their decision but, if we have to guess based on the article above, it could be because the one who died was the aggressor in the fight that eventually led to his death.

Relevant quote from the above news clipping: “As Vidrine walked past the fraternity house en route to his nearby apartment, Gutzeit spotted him and tried to provoke a fight, Richard Baume, a police homicide detective reported.”

Two paragraphs later, the AP report continues: “Investigators said Gutzeit grabbed Vidrine, was stabbed, and staggered up onto the porch where fraternity brothers tried in vain to stem the flow of blood.”

That should give us some idea why the grand jury declined to make the indictment against Vidrine.