James Rodriguez Calvin Klein Underwear Model. While we were not looking, our imaginary Colombian boyfriend got himself a gig as a Calvin Klein model and boy are we a little bit jealous. We’re joking, of course, because we got no right to be jealous but, damn, we can’t believe we missed these photos of our imaginary beau rocking his Calvin Kleins. Stretch, baby, stretch! 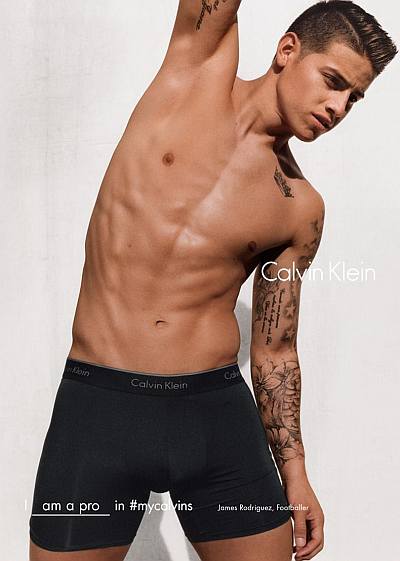 Now, is it us or did the camera guys make him look way younger than his age? He’s always had a baby-face charm about him which makes him so endearing but these Calvin Klein photos make him more boyish than before. 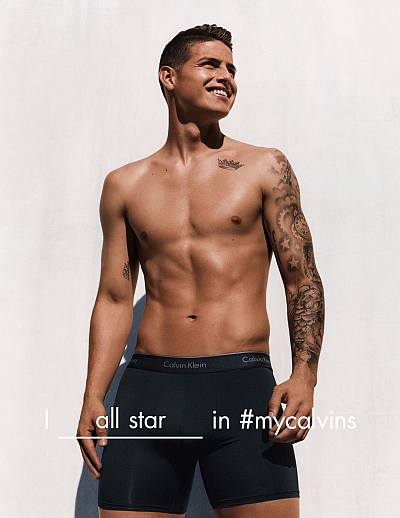 Now, does this CK modeling gig mean that our James is no longer selling his own underwear line? We remember that he has a J10 line with Bronzini which is a Colombian apparel brand so whatever happened to that? Maybe it’s just a one-time thing, no? Anyhoo, check out our previous post about our hunky football player’s foray into underwear branding: James Rodriguez J1O Bronzini underwear.

Want more photos of James in his CKs? Of course you do! Here’s one where he tells us that he is a player. [Want more Men in Calvin Klein Underwear?] 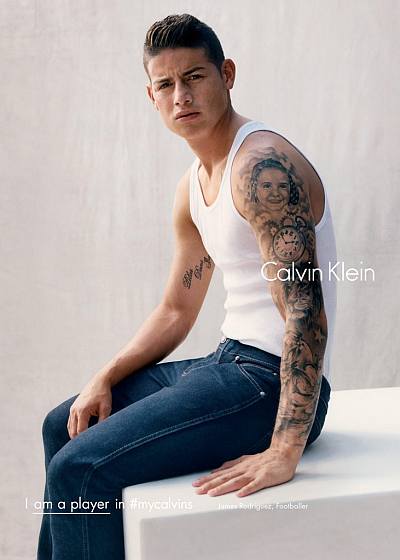 He sure is a playa in his Calvins. Our favorite of these images would be the one below where he declares that he works hard in his Calvins and the graphic designer very unsubtly placed the word hard right next to his you-know-what. Hehe. 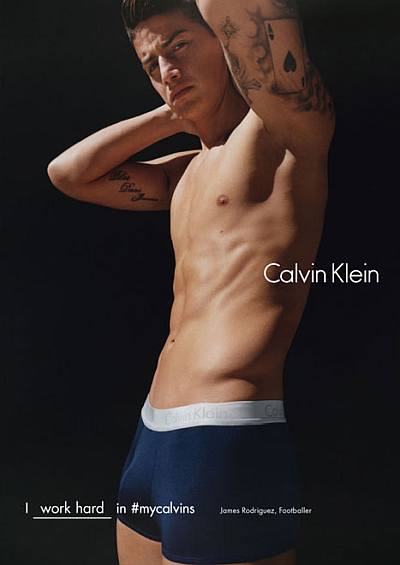 Now, if the first photo above made him look more boyish that he is, this last pic definitely makes him look older. And kinda angrier. Tell you what, we are actually not loving these CK ad photos. We think they fail to capture the charm and boy-next-doorness of our Colombian hottie. We actually like his Bronzini ads better. Way much better, to be honest.