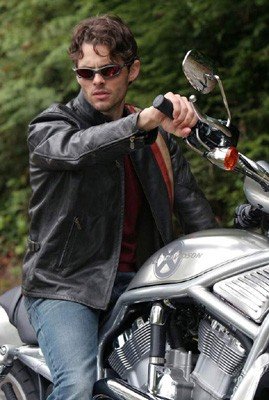 James was barely in the movie because he was also reportedly shooting for Superman Returns. Too bad. It would have been great to see him burn the screen with Hugh Jackman. 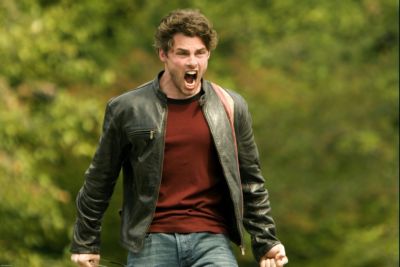 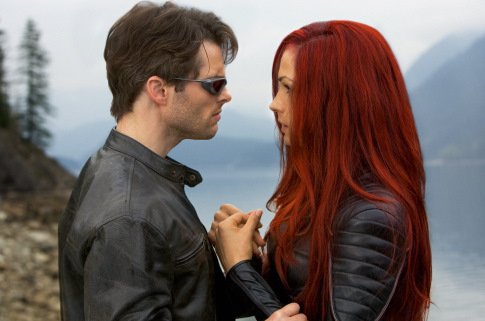 Another famous celebrity spotted wearing a Belstaff Racing Blouson is no other than Mr. Boy Wizard Himself aka Harry Potter aka Daniel Radcliffe. It’s the same Belstaff Front Stripe Racing Vent Leather Jacket that James Marsden is wearing except that the one of the stripes on DanRad’s jacket is light grey rather than red. You enjoy reading and walking around, eh Daniel? Looks like you’re getting sleepy with all the reading. 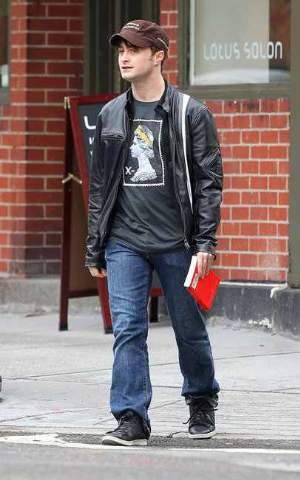 For those of you fellow Famewatchers who are wondering, DanRad’s book is The Moor’s Last Sigh by the controversial writer, Salman Rushdie.

Now, here’s another Cyclops leather jacket. We can’t say if its also made by Belstaff but there’s a very high probability that it did. After all, Belstaff is the go-to brand for producers who’d like their actors to wear awesome leather jackets in their movies, right? 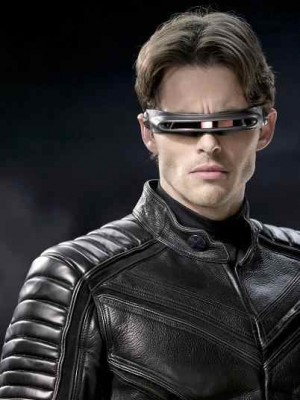 What do you think? Is the above Cyclops leather jacket from X-Men also by Belstaff such as the one from The Last Stand as well as DanRad’s jacket?