James Dean Underwear: Boxer Shorts and Long Johns. Today in male celebrity underwear, we bring you the iconic and gone-too-soon actor that is James Dean who is seen below in a pair white undies. We here at Famewatcher disagree whether the outfit he is wearing is actually wearing boxers or briefs so, to end the debate, we agreed that it is a precursor to the now ubiquitous boxer briefs. What do you think? 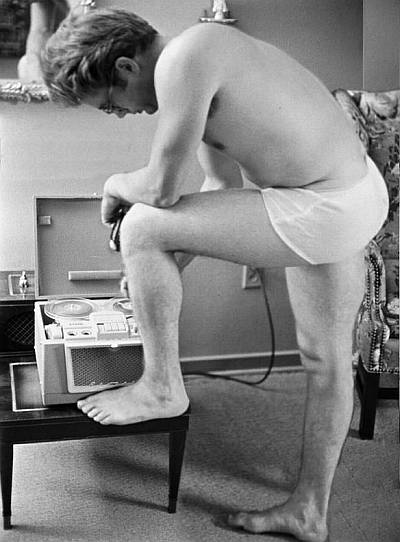 Now, unless you want to disagree with us, there is no debate that he is wearing a pair of long johns underwear in the next photo below. 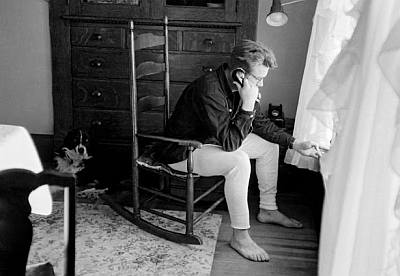 Here’s a clever advertisement featuring James Dean for Jockey Staynew technology. Props to the creatives behind this print ad but we are wondering whether they got permission from the James Dean estate to use his likeness for commercial purposes. 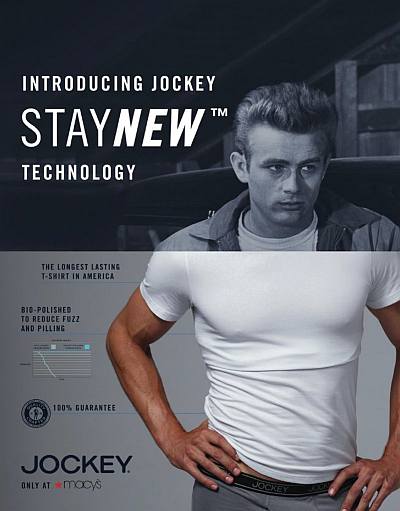 We ask this question because there is a South Korean company which is using James Dean’s name for it’s underwear line. Check it out: 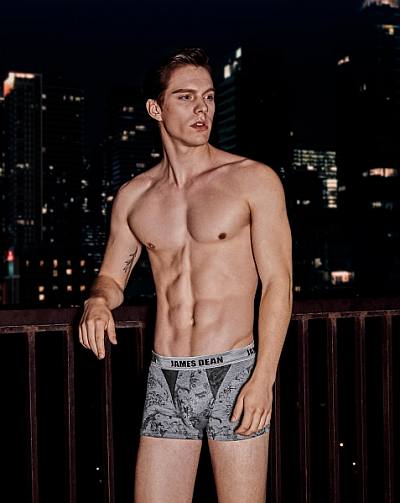 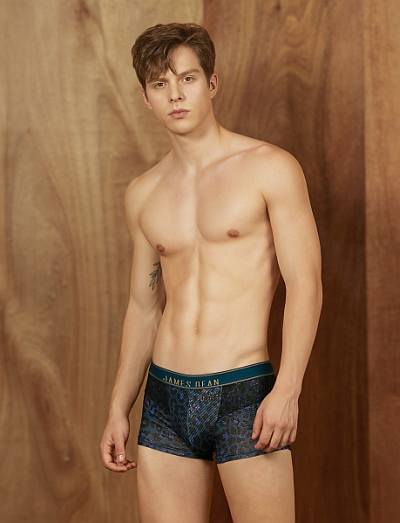 Now, according to an AP news report back from 1994, the family and estate of James Dean filed a complaint against this South Korean company.

More details from the report: “The family and estate of James Dean filed suit Wednesday against a Korean comedian-businessman for producing a line of underwear that bears the late actor’s name. Curtis Management Group filed lawsuits in South Korea alleging that Joo Byung-jin violated trademark laws for producing the women’s and men’s underwear and opening more than 100 stores to market them. Although it is illegal in South Korea to register the name of a famous person as a trademark without consent from the person or their family, Joo has won several trademark registrations for his ″James Dean″ products.”

We can’t find any update on what happened to the case so we do not know whether the company, established by a comedian named Joo Byung-jin, settled with the late actor’s estate or whether it continues to ignore copyright/trademark laws in order to commercialize and profit from the use of James Dean’s name. Very shady if it is the latter.