James Dean Shirtless Smoking Hot Cowboy. For some reason, whenever movie cowboys are mentioned, one actor that come to mind is James Dean. For the longest time, we always thought he played the role of a cowboy in one of his movies.

However, during a Zoom meeting where we casually described James Dean as a cowboy, our friend Deena — who knows her classic movies more than anyone we know — mentioned that the actor never actually played a cowboy. We’re not the only one in the group who was surprised by her claim so we went ahead and did some googling. We discovered that she is right and that, true enough, James Dean never was a movie cowboy. 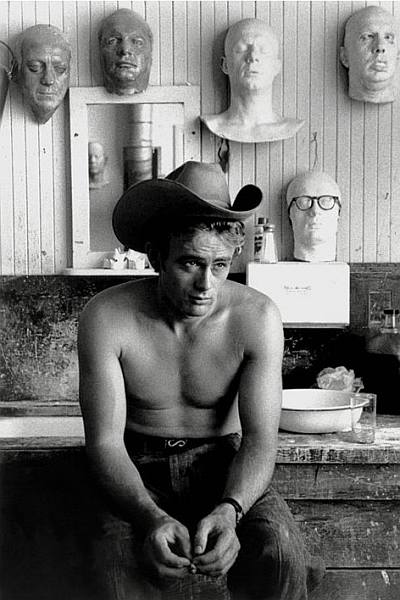 So how did the image of a cowboy James Dean became imprinted in our brain? The only explanation that comes to mind is that we came across these photos and somehow thought of him as a cowboy. That’s it. These images were enough to create in us a false memory that the late actor was a smoking hot cowboy. 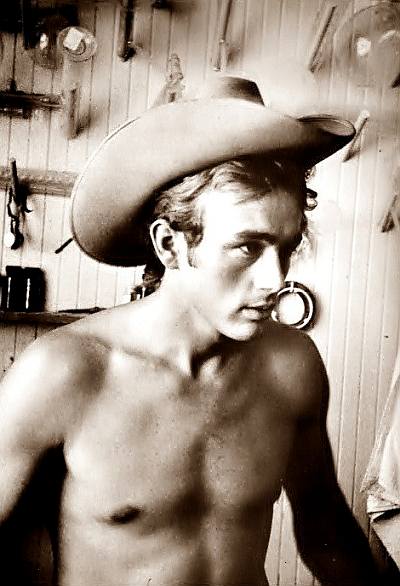 Now, if he never played a cowboy, what roles did he play exactly? First of all, and we were very surprised to discover this, he actually didn’t do a lot of movies. In fact, he only appeared in eight films according to wikipedia and he was uncredited in five of them because he was only an extra or background character.

So, he made three movies where he’s one of the leads: East of Eden where he was an enterprising bean farmer, Rebel Without a Cause where he was a high school student, and Giant where he played a local handyman. 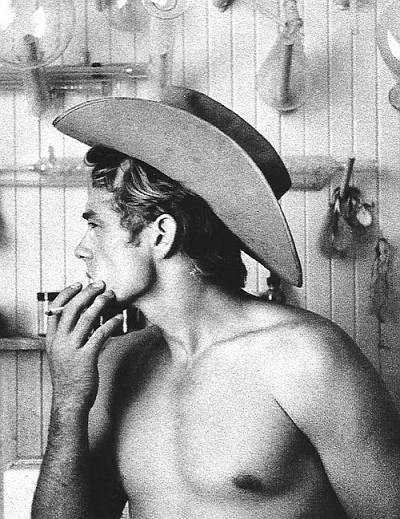 If you want proof that quality really trumps quantity just point at James Dean’s movie career because, despite only starring in three movies, he made a mark in Hollywood such that he is considered one of the greats. His three movies are film classics and his acting changed the game away from the exaggerated facial expressions and theatrical style of the past generation to one that is personal and realistic which continues to influence actors to this day.

If that ain’t a huge impact, we don’t know what is. 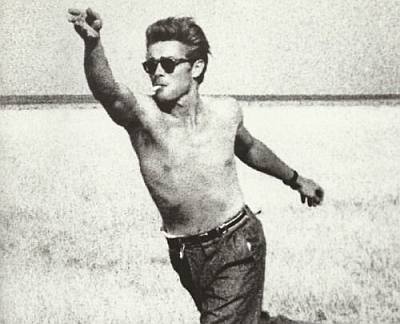 Want more of this guy? Then go check out our post on James Dean Underwear. Did you know that there’s a brand using his name? Weird. 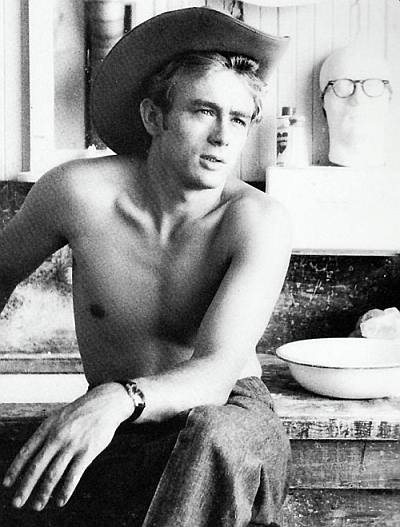 Let’s end this post with another shirtless pic of the Hollywood icon, shall we? 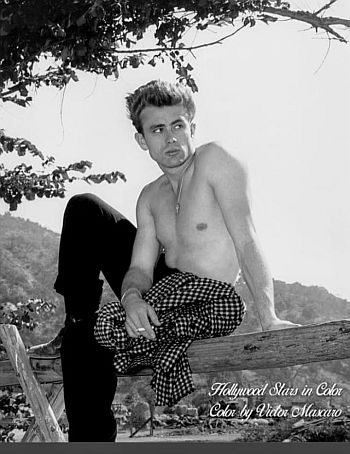