Daniel Craig in his Giorgio Armani leather bomber jacket from the James Bond movie, Casino Royale. It looks stylish and all but we like Daniel’s more badass leather jacket in his World War II movie, Defiance. 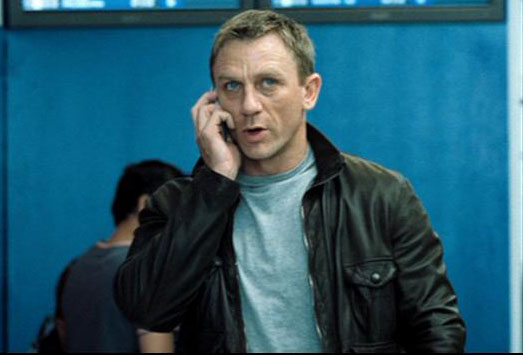 What about you, which of Daniel Craig’s leather jackets would you buy for yourself? The James Bond one or the Defiance one? Or maybe this Aero Highwayman leather? 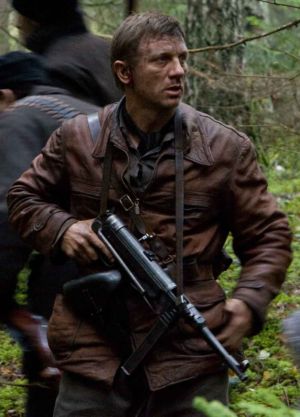 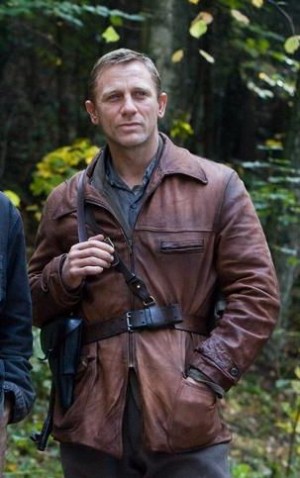 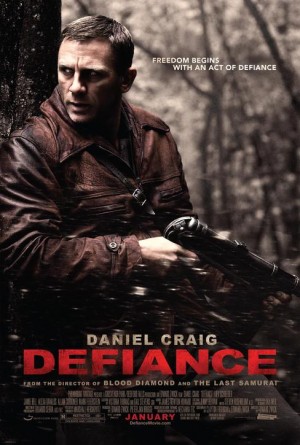 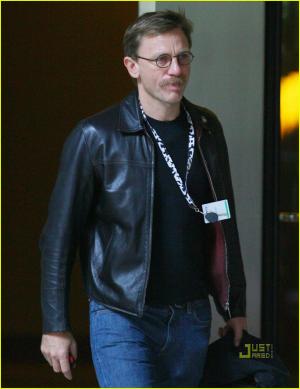 Damn, we almost didn’t recognize our Daniel Craig in these photos. To be honest, we’re not fans of that mustache (which must be for his upcoming Broadway play, A Steady Rain). But he’s still kinda sexy in them jeans and leather jacket. Nothing beats Daniel in his Speedos though. We’re pretty sure his girlfriend Satsuki Mitchell agrees with us. 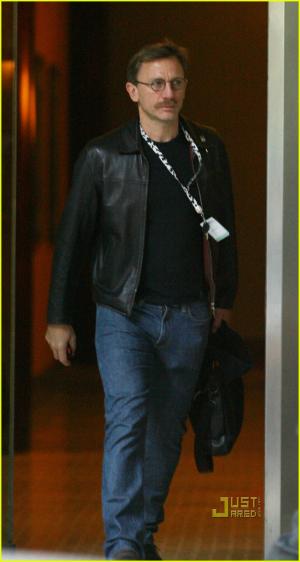 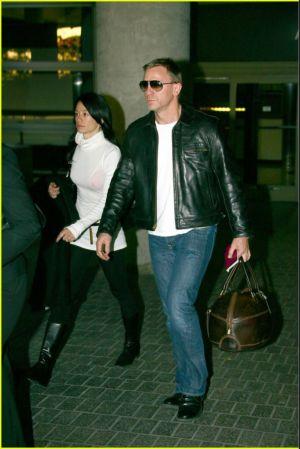 The always smartly dressed Daniel Craig (well, except when he wore this over-tight jeans) is looking good in his straight-cut blue jeans, black leather jacket, clean white shirt outfit, and them sunglasses.

But what’s up with that very intriguing round leather bag he’s holding? Whoever designed the bag must have been thinking of the days of yore when warriors cut their enemy’s head and brought them home, no? Hehe. But we like Gerard Butler’s bag better.