Jake Shears Underwear and Liquid Leather Pants. The outrageous — and we mean this in a positive way — Jake Shears performs in his teeny-weeny Calvin Klein briefs underwear which should delight his millions of fans, no? 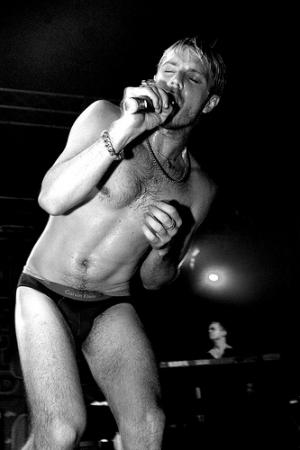 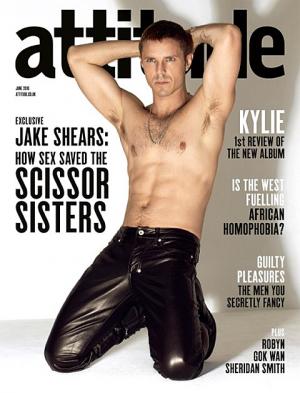 …..
More Jake Shears Underwear: It’s a Leather Thong, Baby! Boy, our Jake sure does love him his leather, doesn’t he? Check out this pic of him performing in an all-leather ensemble at the Glasgow Scottish Exhibition and Conference Centre back in 2010. That’s his fellow Scissor Sister vocalist at the background, by the way. She’s rocking her black leather dress too, ain’t she? 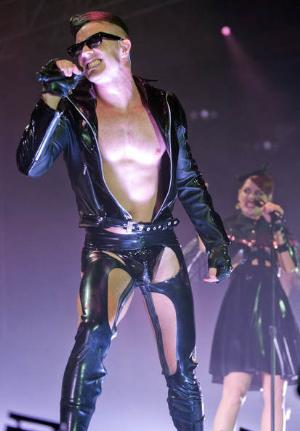 Some of you might not know that Jake is openly gay. He is dating “sculptor and video artist” Chris Moukarbel and, back in 2007, newspapers reported that the two were planning to get married with Jake quoted as saying that he wants a Disney wedding: “I want to have a Disney wedding. There was all this talk about us having a Glastonbury wedding, but that was never going to happen. I’m obsessed with Disney.. I try to go to a Disney park every six months and they’ve just started doing same sex unions at American Disney parks.”

The lovebirds are still lovebirds but we haven’t heard about them marrying yet. Or maybe we missed the news about them tying the knot.

Update: femalefirst.com quotes Jake as saying that they might never marry as Chris is “too punk” to settle down: “The singer has been dating his lover, known only as Chris, for six years, but they currently have no plans to make their union official, and Shears is adamant they may never wed, as he can’t imagine his partner ever wanting to walk down the aisle. He says, ‘I don’t think there will be a wedding. Chris is too punk for anything like that.'”

Anyhoo, one of Chris’ video projects include directing a documentary, Me at the Zoo, which stars Youtube sensation Chris “Leave Britney Alone” Crocker. It’s up for release sometime this year. Here’s a picture of Jake’s boyfriend. 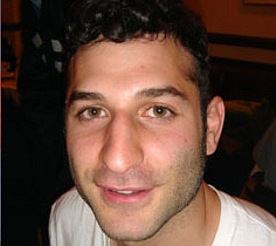 Kinda cute, no? Anyhoo, that’s enough with Jake’s boyfriend because we know you want more of Jake himself. Doesn’t he look sizzling good in this photo for Tetu Magazine? The dude sure is in pretty good shape. 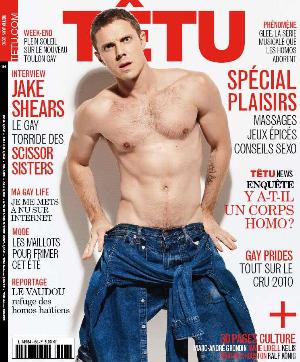 We’d marry him if Chris is “too punk” to get hitched. Hehe.

2020 Update: We are updating this post to give you another Jake Shears underwear photo. It ain’t technically underwear though. Rather it is a squarecut swim trunks. Hehe. Moreover, Jake and Chris have apparently called it quits in 2015. Our Jake went on to date another guy but that also did not work out so he is single as of this update. 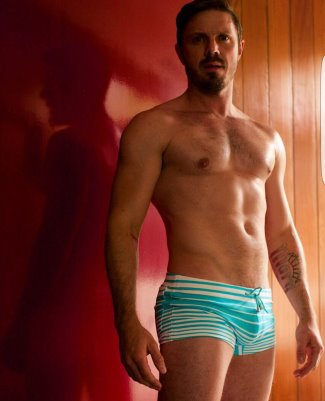