Jake Hall Underwear as Outerwear, Shirtless, Girlfriend. While we were browsing our Twitter feed, we came across these photos of a guy on a beach going for a swim in his freakin’ white boxer briefs underwear. First we went like, “Who’s he? He is kinda hot.” Then we mumbled, “Hmmm. Is using your underwear as swimwear a thing now among men?”

Our friend Deena who was nearby doing her own thang heard us and said, “What are you talking about? Men have been wearing underwear as swimwear for the longest time. That ain’t a new thing.” 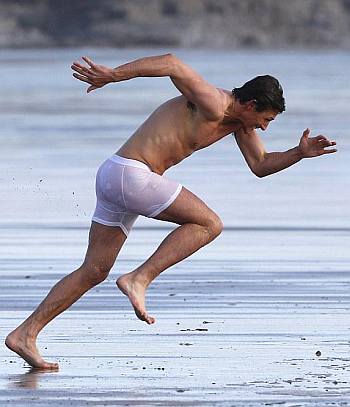 So we stand corrected on that matter. Anyhoo, we learned that the underwear-as-swimwear guy is Jake Hall. He’s a British reality star who starred on the ITV2 show The Only Way Is Essex. Here’s another photo of Jake and his underoos. 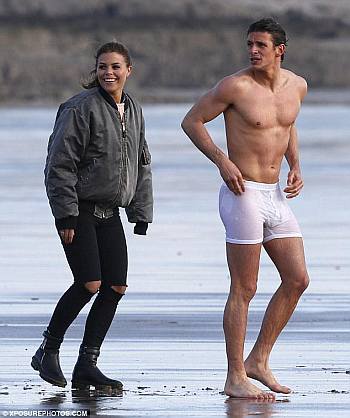 Jake Hall Gay or Straight? He is straight and in a relationship with girlfriend Missé Beqiri. She’s a model, actress and, like his beau, is a reality star having appeared in two seasons on The Real Housewives of Chesire. The two have a daughter together who was born in 2017.

Here’s Jake, Misse, and their then baby daughter house hunting in Chelsea. 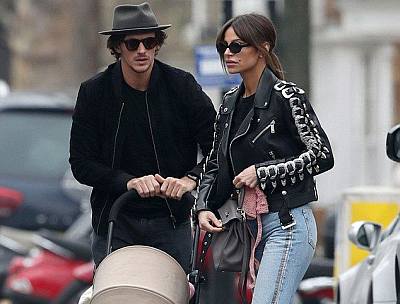 After his reality TV gig, Jake established a menswear label called Prévu which is apprently flourishing according to phoenixmag.co.uk. He tells us how he started his business in an interview with Phoenix Mag:

Growing up, I always had a keen interest in fashion. My father was in the rag trade, so from a young age I was aware of the industry. It really started back when I was at boarding school in Somerset. I used to buy clothes from my favourite stores and sell them onto my friends for fun – and for a small profit. Prévu came after my semi-professional football career slowed down. I decided to choose my love for fashion as my main focus. Being young and having no money, I worked from a garage with a second-hand sewing machine, so a friend who could pattern-cut and sew could make my dream come alive. They were not the finest of creations, but you have to start somewhere…

We admire the guy for pursuing his passion. And he’s still in his twenties? We hope we were as focused and as driven when we were his age. Haha. Props to you, Jake Hall.

Now, let’s end this post with more of his underwear as swimwear photos, shall we? 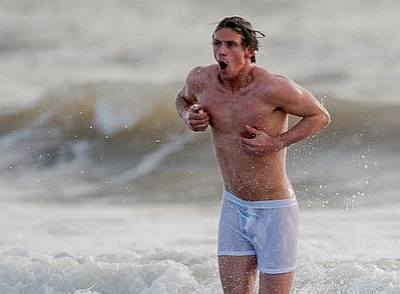 The girl in the photo is not Misse but Chloe Lewis who, at that time, was his girlfriend and co-star on The Only Way is Essex. 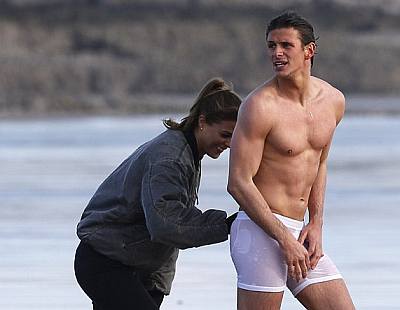 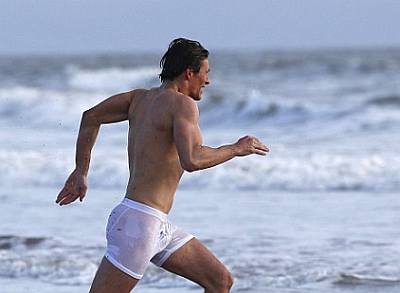