Jake Gyllenhaal Weight Loss Diet and Workout: Before and After Photos (posted 4 November 2014). Talented actor Jake Gyllenhaal has gone scarily thin for his latest movie, Nightcrawler, which is drawing raves from critics. How did he lose weight? And, how did he eventually gain his weight back? Before anything else, let’s check out a sculpted Gyllenhaal from his Prince of Persia days: 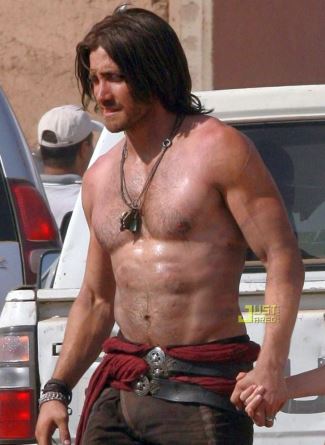 Four years later, Jake transformed from a he-man with a body to-die-for to this emaciated and scary shell of a man. Want more of Jake? Check out our earlier post on Jake Gyllenhaal’s Underwear. 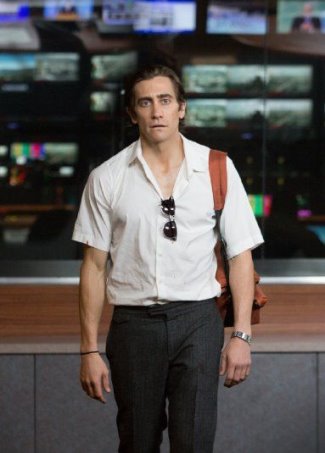 How did he loss weight? He limited his diet to nothing but kale salad and chewed a lot of gum. He also did a lot of running.

From Page Six: “Although no one would call him beefy, the Donnie Darko star wanted to look gaunt as his on-screen alter ego, which meant subsisting on a diet of kale salad and chewing gum while filming the role. According to the actor, this diet, along with all the running, took a toll on his body and his personal life.”

Says Jake on how he lost weight: “The running thing, you’re pretty hungry because you’re not eating a lot of food. You’re lonely because you’re not meeting your friends for dinner. People go, ‘Hey, you want to meet for dinner after work?’ I go, ‘Well, I’m shooting all night.’ ‘All right, you want to meet for lunch?’ I’m like, ‘I can’t!’ So I’m gonna go run.”

On why he lost weight: “I spent a number of months preparing for the character because we looked at him like a coyote. We wanted him to be hungry and be sort of starving in a way. I lost weight, but I was mostly trying to find a space in which I was perpetually hungry.”

All in all, Jake lost a total of 30 lbs. Can we look at emaciated Jake again? Here you go: 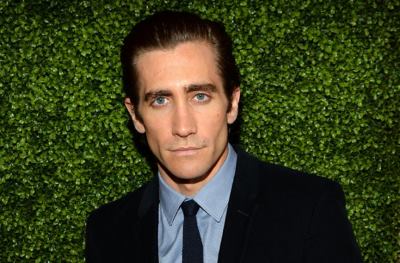 Damn! So he looks weird, sickly, and creepy. Naturally, he got his friends and family (especially Mama Gyllenhaal) worried.

From E News: “‘I’d say my mother was worried. I would say she just wanted me to be careful. But she also knew and knows how seriously I take what I do and she respects that. She knows that I’m a big boy and I could handle myself and that I would stay within the realm of being safe, but yes, she worried. She’d be like, ‘You’re cranky—eat something.”

Thankfully, when he finished filming Nighcrawler, Jake went back to eating healthy. He gained his weight back and recovered his good health. Here’s Jake at the recent premiere of Nightcrawler. 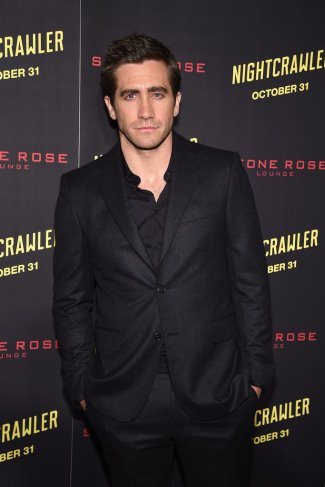 That’s it for now Famewatchers! What do you think of Jake’s weight loss? Scared you, huh?