Jake Austin Walker Shirtless, Gay or Girlfriend, Ginger Hottie of the Day. We should have included Jake Austin Walker and his stylish curls in our post on redhead haistyles for men but we only discovered him now when we came across a story about him starring on the upcoming TV show Stargirl. 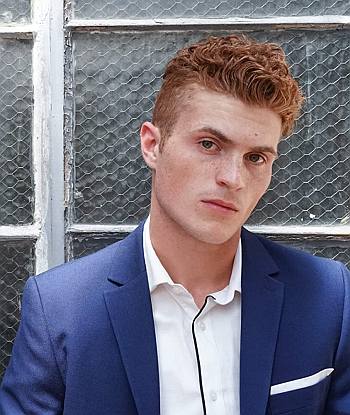 Jake will be playing the role of Henry King Jr who, according to dcfandom.com, is the son of a superhero/criminal who inherited his father’s superpowers. Ain’t that cool? Anyhoo, deadline.com has some info on Jake’s previous acting gigs:

Walker is a Mississippi native best known as Jared Talbot on Rectify and his previous credits include I Love You Phillip Morris, The Chaperone and Burning Palms, as well as roles on Fear the Walking Dead, Lethal Weapon, and Bones. Walker also just wrapped work on the independent film Butter with Annabeth Gish and Mira Sorvino.

Another photo of Jake and his fabulous hair. 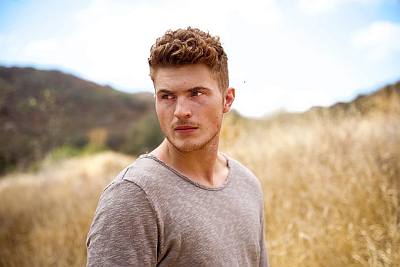 Jake Austin Walker Shirtless and Underwear Photos. We know Famewatcher denizens are mostly about shirtless celebrities so here are some shirtless photos of the actor we grabbed from his Facebook and Instagram accounts. Follow him on both social media sites @jakeaustinwalker. 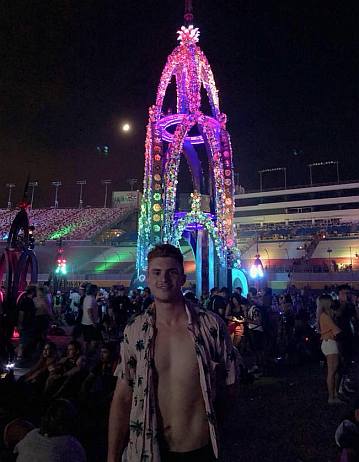 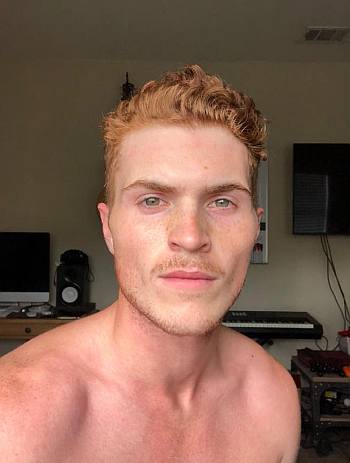 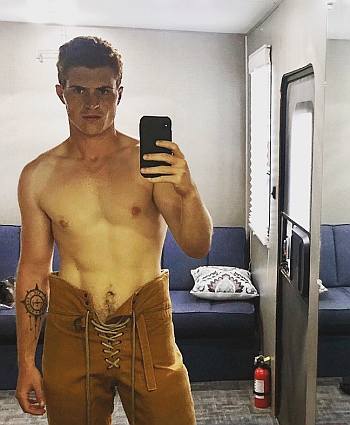 Aside from being an actor, Jake is a talented singer too with a focus on the dance and electronic genre. Question for the eagle-eyed Famewatchers among us: Is he wearing long underwear? Yours truly says he is but our friend Deena insists he is not. Maybe you can help us resolve the matter? 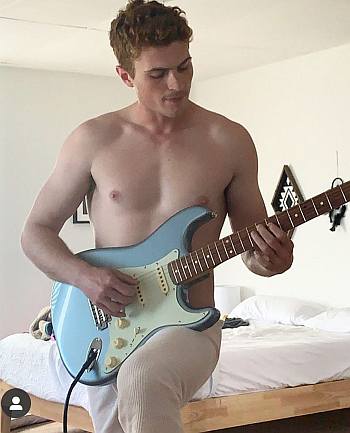 Jake Austin Walker Gay or Straight? He is straight but is not above going affectionate with a dude as he does in the photo below where he kisses roommate and fellow actor Connor Stoops. 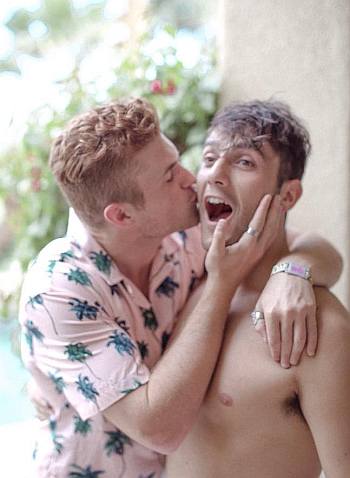 Does our hot redhead have a girlfriend? Yes he does. Based on his social media postings, he is dating a girl named Alexiis Arnold who, from what we gathered, is also a musician. Here’s a photo of the twosome coosome which kinda reminds us of Mr. and Mrs. Smith. 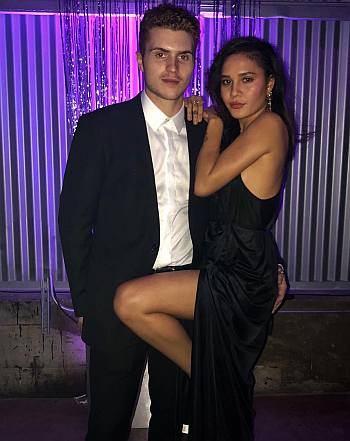 Let’s end this post of Jake chillin’ and looking cool. Check him out on Stargirl which is set to air on The CW. 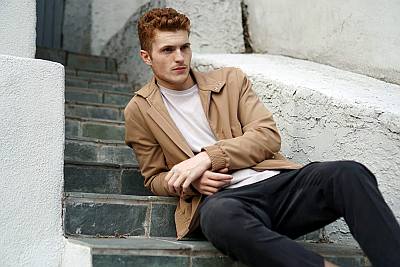