Jacob Bertrand Shirtless, Girlfriend, Hawk in Cobra Kai. Who is super excited to watch Cobra Kai when it finally drops on Netflix?

Wow, all of you? We are actually not surprised. The show is critically acclaimed so you can be sure that it is a good show. Also, we all want to see bad guys being beaten by good guys don’t we?

Anyhoo, one of the stars of Cobra Kai is Jacob Bertrand and he plays arguably the most interesting character on the show. Specifically, Jacob plays Eli Moskowitz, a nice and quiet kid bullied because of his deformed lip, who becomes a mean bully himself when he transforms into Hawk. 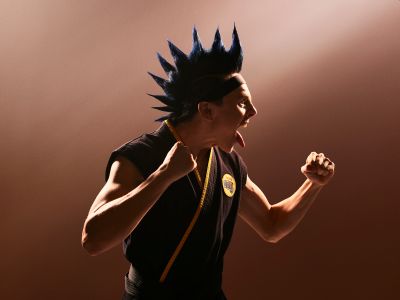 Here’s Jacob talking about his Hawk character in an interview with We Live Entertainment: “Hawk doesn’t stop. There is no stopping Hawk. You can punch him, but he won’t stay down for long. Hawk, I feel, has this mentality, it’s almost like he was trapped in Eli for a long time. The kid never spoke. He was just bullied all the time. Now that he’s Hawk it’s sort of just unleashing everything, all this built up aggression almost. You can punch everybody but sooner or later you might get punched back so I think there’s some tension in that aspect but I think he kind of likes it.” 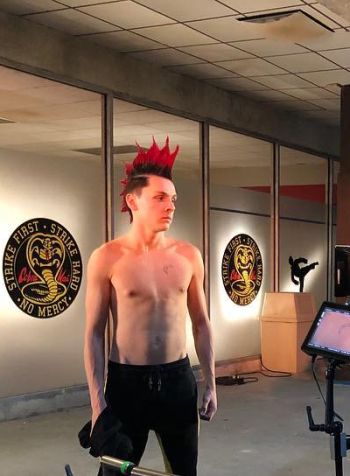 In real life though, we are pretty sure that Jacob is a pretty cool dude seeing as he’s bromantic with co-star Xolo Mariduena. 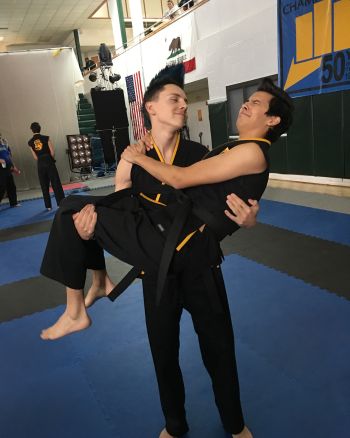 They’re even bathrobe buddies. How sweet! 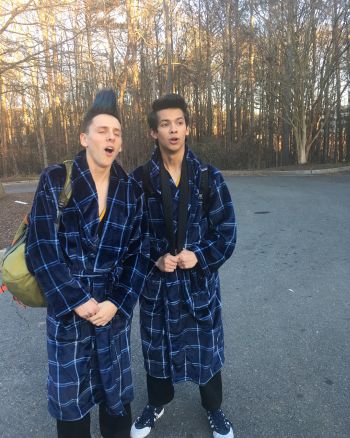 The bromantic duo with William Zabka who plays their coach Johnny Lawrence. 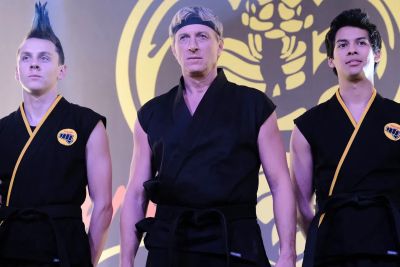 Jacob Bertrand Shirtless. A photo of the young actor getting photographed without his shirt. We grabbed this photos from his Instagram page which you might want to follow @thejacobbertrand. 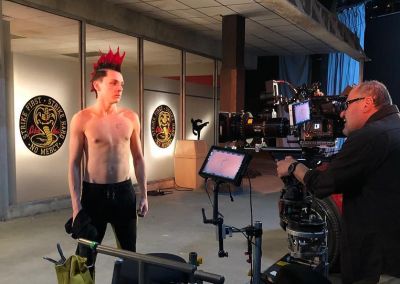 Yeah, flex your muscles Jacob aka Eli aka Hawk! 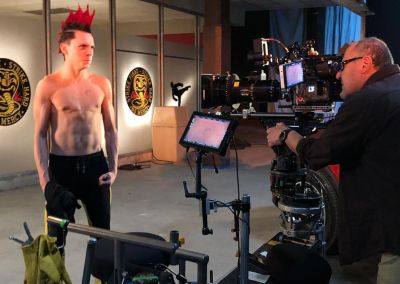 Jacob Bertrand Girlfriend? We have no information on this at this time but we will update this post once we do have the info in the future.