Jackson Rathbone Leather Jacket and Pants – Vanity Fair. Jackson Rathbone, who earns the distinction of co-starring in the top two movie hits last week (Twilight Eclipse and The Last Airbender), goes for the edgy look in his photoshoot for the Italian version of Vanity Fair Magazine. Here’s Jackson in his leather jacket. What is he wearing? That’s an AllSaints Mckay Leather Shirt Jacket. 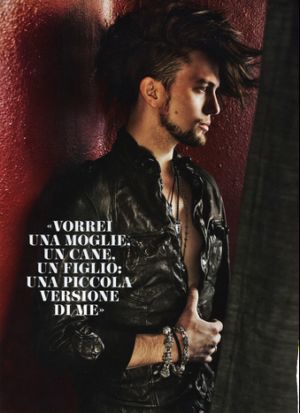 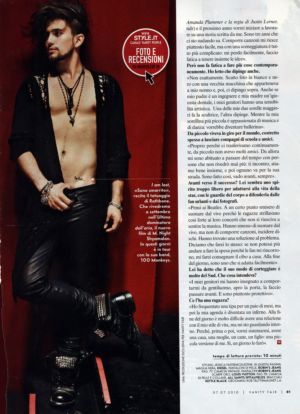 Jackson Rathbone Fashion Style. Want to dress like Jackson Rathbone? Well, let us check out his sartorial style, shall we? He goes funky and edgy and cool in this photoshoot for Nylon Magazine.

What is he wearing? Well, according to Nylon Magazine, he is wearing a shirt by Jean Paul Gaultier while that sunglasses is a RayBan Original Wayfarer 2140. 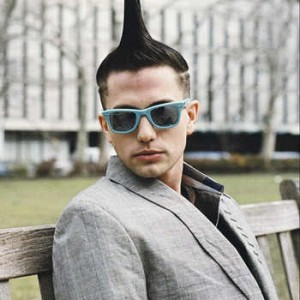 Rathbone — let’s call him Rathbone because it sounds more badass than Jackson — continues to play it cool when he goes casual below with a G-Star Raw Blade Slim Ultra Black Denim (a Justin Bieber favorite) and a stylish Tommy Hilfiger vest. He’s a stylish young man on the MTV Movie Awards. 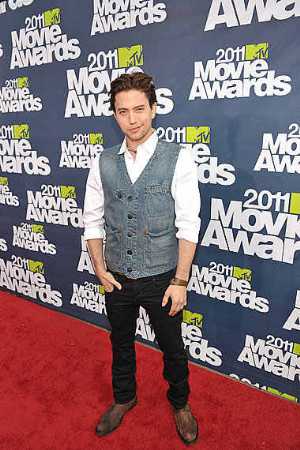 He’s looking chic in the next picture too. He’s wearing a Ray-Ban Original Wayfarer 2140 Sunglasses, a pair pristine white of Rock and Republic Fearless Colburg Skinny Jeans, and a Rock and Republic Walter Button Down shirt. He’s still looking sexy. 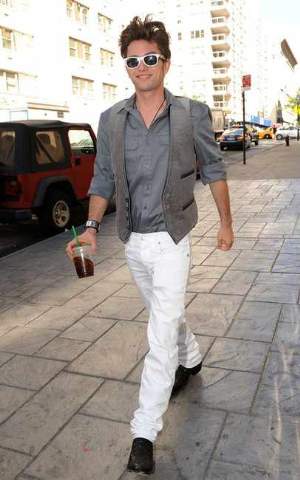 His sartorial style is flawless in the preceding photos above but we think the next one, where he goes formal, is more of a miss rather than a hit fashion-wise. 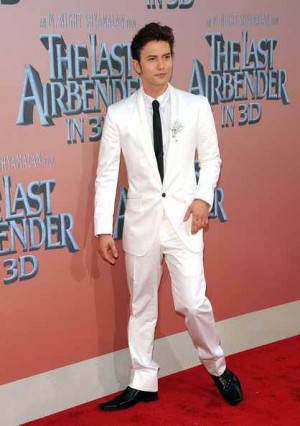 We like his skinny tie but his white Dolce and Gabbana suit is just .. well, it’s not interesting. Too 20th century, don’t you think?