Jack Tweed Girlfriend and Relationship Updates. Jack Tweed, aka Jade Goody’s widower, is reportedly regretting the day he had a one-night stand with model Lisa O’Connor. He also claims that he felt very, very dirty after the encounter.

Says Jack during an interview with New! Magazine:

‘I felt so guilty that I started crying when I went home. I regretted it so much, I felt dirty and sick. No offence to her, but it’s the circumstances. I shouldn’t have done it.

‘I havn’t spoken to them (Jade’s friends) yet, but I’m sure I’ll get a punch off one of them. Maybe the bridesmaids. I haven’t spoken to my mum (Mary), but I don’t want to see her. I think she’ll give me a lecture.

‘I can’t remember it at all. I’d had so much to drink that night and I’m a bloke and these things happen. It’s all very blurry. As I say, I was so drunk. I know it’s not an excuse, but it’s the truth. I didn’t stay the night. I had started to sober up and I left after it happened. I didn’t really know her, but she kept turning up at all these club nights.

‘I was with my mates at this particular night at Embassy and when we left, I got in the car with my mate, who’s going out with her housemate, and then I didn’t know where we were going. But then we suddenly ended up at their house.’

Is Jack being overly dramatic or what? And what exactly is the problem here? That he and Lisa bumped uglies? Sure it would be bad if they did it while Jane Goody was still fighting for her life but personally we don’t see any problem with him hooking up with someone else a few months after his wife died. Seriously.

Now that he is blissfully single, panty-wearing Jack Tweed aka Jade Goody’s widower, has been painting the town red.

More specifically he has reportedly been inviting girls to his four-bedroom house for some raunchy parties and, according to the girls, some Wii playing. Anyhoo here are Jack’s girlfriends: Sam Grierson, Roxy Townsend, and Bianca Lake. [Sorry, we deleted the other pics.] 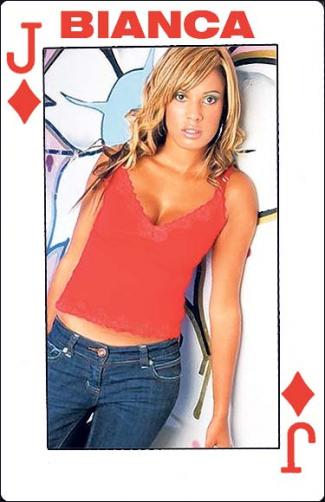 Apparently, all they do is play with Jack’s Wii. Says Roxy: “When all the other girls and guys went it was just us playing the Wii with Jack. At about 6am he went back to his room and we fell asleep. Then all four of us decided to spring clean the whole house.”

Ah okay, so they were playing with the Wii, then they cleaned the house. Then they left the morning after. So there. Please don’t make us crack about Jack’s Wii = Jack’s willy.