Jack O’Connell Shirtless and Underwear Photos. Is Jack O’Connell the Next Big Thing in Hollywood? He is starring in a big studio movie, 300: Rise of an Empire, which is a follow-up film to the 300 blockbuster. He is rumored to be in the running for the role of Reed Richards (Mister Fantastic) in a reboot of the Fantastic Four. 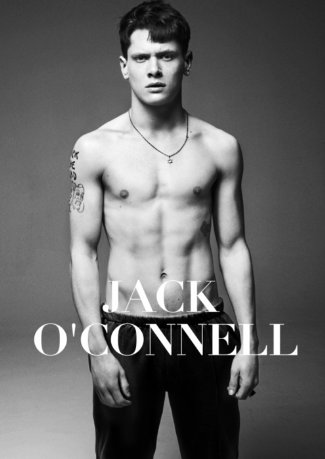 And, most impressively, he’s been cast as the lead actor in the movie adaptation of Unbroken to be directed by Angelina Jolie. Jack will play the role of Louis Zamperini, an Olympic track star and World War II hero who survived a Japanese prisoner of war camp. Here’s a pic of Director Angelina and the subject of her movie, Louis Zamperini himself. [via Vanity Fair] 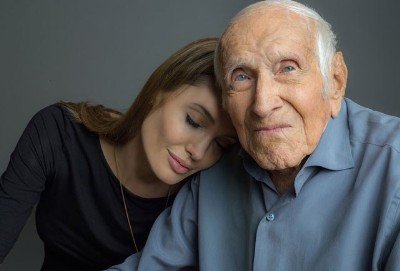 If the heavenly bodies align correctly for this 23-year-old British cutie, he might end up with his very own star on the Hollywood Walk of Fame. You agree, right? Of course you do!

Anyhoo, in keeping with our Famewatching tradition, let’s check out some of Jack’s shirtless photos, shall we? We’re told the next photo is a promo pic for the British TV show, Skins, where he played the role of James Cook. 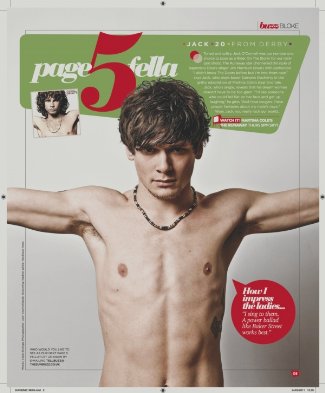 Jack O’Connell Underwear. Does Jack O’Connell prefer boxers or briefs? In real life? We don’t know. In one of his TV shows, Dive, he’s seen wearing what appears to be boxer shorts (maybe they’re swim shorts but they look like underwear to us). 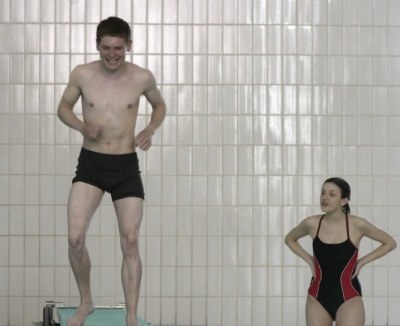 Boxers underwear or swim shorts? We present, you decide! 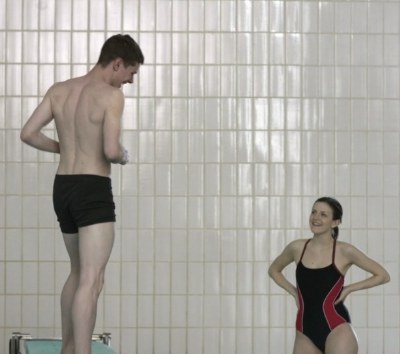 Is Jack O’Connell Gay or Does He Have a Girlfriend? Does Jack have a girlfriend or is he gay? Nah, he’s not gay but he (rather, his character) had a bromance thing going on with Freddie Mclair (played by Luke Pasqualino) in the TV series, Skins. Check ’em out necking (accidentally?). 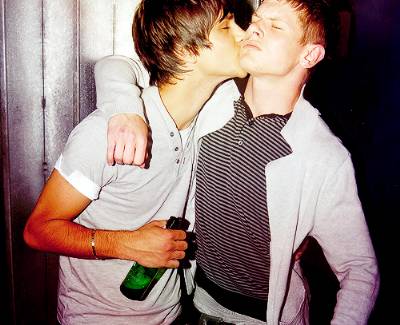 As to whether he has a girlfriend, he dated former X Factor judge and N-Dubz lead vocalist Tulisa Contostavlos but the two split up in 2012. He also dated Kaya Scodelario from 2008 to 2009.

So there you have it, fellow Famewatchers! We hope to update this post in the future as Jack’s Unbroken project moves along.