J Crew Mens Sweaters: Fall Winter and Spring Summer. Because you want more J Crew menswear, here’s some male fashion models niftily dressed in their J Crew outfits. What do you think of these guys’ sweaters? 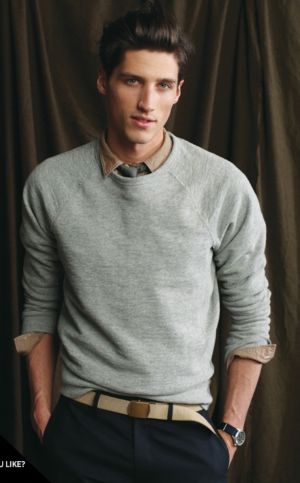 They look comfy and warm enough, no? 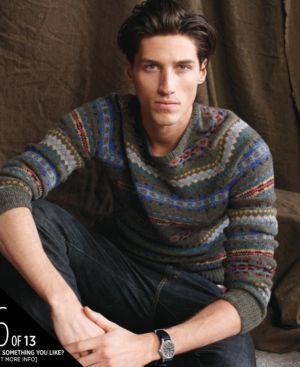 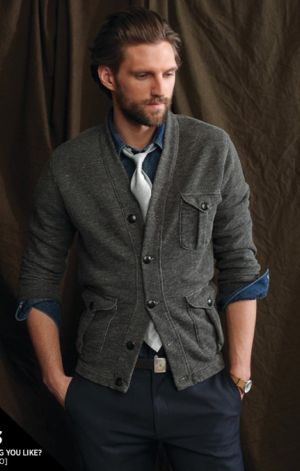 Earlier we brought you some male models and celebrities wearing J. Crew mens jackets, now let’s check out some celebs and models dressed in sweaters by the American fashion brand.

Swedish hottie Alexander Skarsgard (who some of you know as that hunk of a vampire Erik Northman in True Blood) looks oh-so-fuckin sexy in his blue J.Crew V-neck cashmere sweater in this scene from his hit TV show. If you got the musculature like Alex, you should show off your body with a tight outfit. You’re looking good, Mr. Alex. 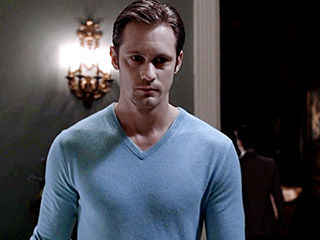 Corey needs no introduction because we already blogged about him. For those of you who haven’t read our particular post, the most important think you should know about Corey is that he’s currently ranked as the 15th top male model by the go-to site when it comes to the people working in fashion, models.com.

Here’s what models.com says about Corey Baptiste and his top ranking: “The chiseled jaw, the perfect skin, the ideal fit; the young American Corey Baptiste has it all. So evident was this that 2 major brands, DKNY and Benetton snapped him up his first season out of the gate. Looks like a long distance runner, this gorgeous one.” 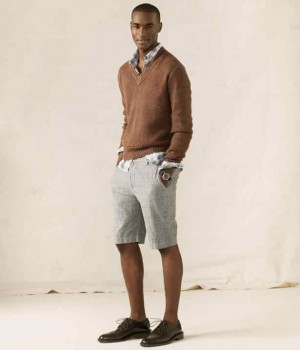 RJ Rogenski, for those of you not familiar with him is from Youngstown, Ohio in the United States. He started modeling in 2002 and has modeled for – both on the runway and in advertising campaigns – high-end brands such as Dolce & Gabbana, Hugo, Versace, Hugo, DKNY, and many more. 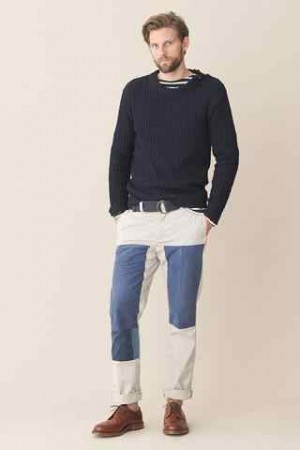 Meanwhile, our last male model who, like Corey and RJ, is wearing a J. Crew men’s sweater from the brand’s Spring/Summer 2011 Collection is Lenz Von Johnston. 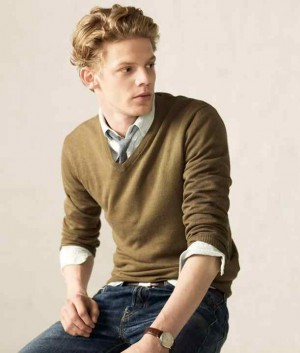 Lenz, who hails from Munich, Germany, started modeling in 2008. Within a span of three years, he was able to establish a name for himself as he currently ranks #34 in the list of Top 50 Male Models maintained by models.com. This is what the site says about this German hunk and his ranking: “You can’t keep a good man down. Lenz is back on the blue chip scene with the Pre-Fall and F/W campaigns for Gucci. This charismatic German shows how it’s done with his innate elegance.”