Rest in Peace Rossano Rubicondi! We are updating this post to note that Ivana’s ex-husband Rossano Rubicondi passed away last October 2021. No word on the cause of his death but People Magazine reports that he’d been ill for about a year before he died. Here are some photos of the guy back when he was young:

…..
Ivana Trump Boyfriend? (25 August 2016) So, is Ivana Trump dating anyone at the moment? Apparently, she is! In fact, our Ivana is seeing not just one but three boyfriends. Should we be jealous of her? Of course you should be jealous of our grandmama if you have a hard time finding and keeping a boyfriend. Good thing our very own beau is too besotted with us to go bye-bye. Hehe.

Anyhoo, here’s what Ivana said about her boyfriends during a February 2016 interview with The Daily Front Row: “Actually, I have about three boyfriends! I’m definitely not getting married again, and I definitely don’t want to have children anymore, but I have companions.”

Companions, eh? Is that what oldsters call their eff buddies? Maybe one of Ivana’s three boyfriends is ex-husband Rossano Rubicondi? Why do we say this? Because the two were recently spotted vacationing together in St. Tropez! Here’s the photo of the lovebirds:

Because the above picture does not do justice to Rossano’s gorgeous Italian looks, here’s a pic of him rocking a pair of Speedo swimsuit. [Want more men in Speedo?]

Here’s another photo of Rossano taken when he was younger. If the other guy looks like Ivana’s squeeze, it’s because the two are brothers.

We got the info from whosdatedwho.com. Surprisingly, the list does not include her ex-boytoy John David Dery. But you can read about Dery in our 2008 post below.

…..
John-David Dery: Ivana Trump’s New Boyfriend? (8 December 2008). Is John David Dery the next boyfriend of Ivana Trump? In case you are wondering, this John dude is a 22 years old French model which makes him a million times younger than Ivana who is, well, as old as Methuselah. We really have to admire Ivana for her taste and her ability to lasso male hotties, no? Good for you, Ivana. I must admit that I am jealous because seriously, this guy is so delectable. Go, Ivana! 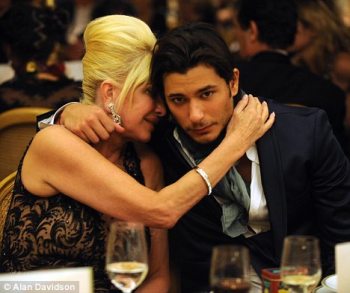 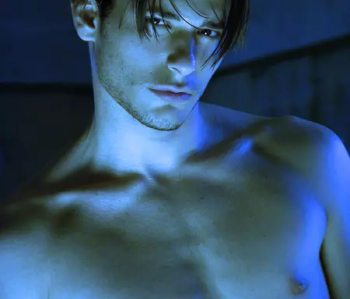