Isko Moreno Shirtless and PraiseWorthy Award. Isko Moreno, we are giving you our first-ever PraiseWorthy award because no one thought that you will be able to erase your image as a D-List s*xy movie actor whose only claim to fame is getting n*de in the movies and showing your ass and pecker.

Really you proved us wrong. You proved your critics wrong. You did it not only by winning the support of Manilan’s who consistently voted for you as a City Councilor( and now as Vice Mayor) but also by going back to school and getting a college degree.

According to some reports, you are now in law school. Wow, color us impressed. We hope you go on with this path. Your gay fans will be disappointed because they will no longer see Isko Moreno in the buff but let’s say, “Screw them!”. You’ve moved on from your sexy past and so should they.

Isko Moreno’s PraiseWorthy Rating: 7 out of 10 (10 being the highest).

Our gift to Isko for shaping a better future for himself: Law books so he will continue to improve his educational background and inspire other D-List sexy actors whose only claim to fame is to get naked before lascivious movie producers/directors.

UPDATE ON ISKO MORENO: Apparently, he took some public administration and governance course at the John Kennedy School in Harvard. He really is a poor boy made good, isn’t he? 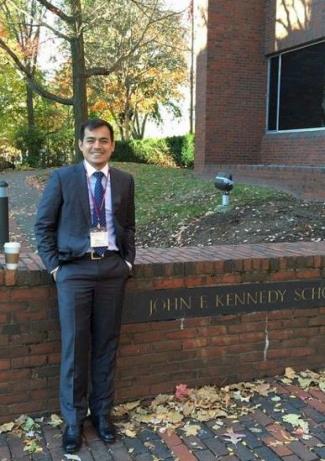 Last May, he ran for Senator of the Philippines in the 2016 national elections but was, unfortunately, not lucky enough to make it to the winning circle or the top 12. So, currently, he is no longer a public official. However, we won’t be surprised if he makes a political comeback as the Vice Mayor (or maybe Mayor) of the City of Manila. It seems like the gods are blessing this guy who rose from the slums of Tondo in Manila.