Ryan Reynolds is an LGBT Straight Ally. Eleven years later we are updating this post to note that Ryan is no longer married to Scarlett but is now married to Blake Lively. The two got married in 2012 and are now raising three kids together.

Also, we’d like to note that Ryan has proven himself to be a vocal straight ally to the LGBT community. In a 2015 Huffpost Live interview, here’s when someone probed him on his stance on same-s*x marriage (via pinknews.co.uk):

He was asked: “What are your thoughts on gay marriage? Obviously you’re not opposed to it.”
Reynolds replied: “No. I’m not a monster! I think it’s fantastic. It’s been legal in Canada for ten years now. To me [the opposition] just seems crazy. I find it amusing how polarising it can be here. Ted Cruz is saying it’s judicial tyranny. To me it seems very humane. Like a given. We shouldn’t be in a state of awe and celebration for it, we should be taking it for granted, like regular marriage.”

He’s also stated that he is open to exploring Deadpool’s pansexuality and in Deadpool 2 there’s this scene where Wade Wilson is taking it in the bum courtesy of his fiancee played by Morena Baccarin.

Lastly, here are some smoking hot Ryan Reynolds photos for the thirsty among us who can’t get enough of them. Haha. 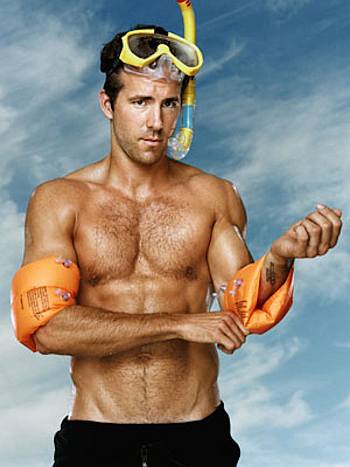 Now, why is our Canadian hottie posing like an a “adult actor” in the next two photos below? 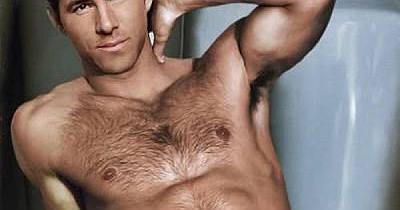 Are these images real or are they photoshopped? 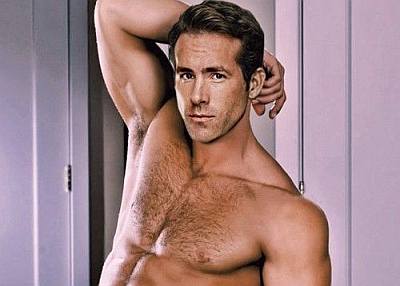 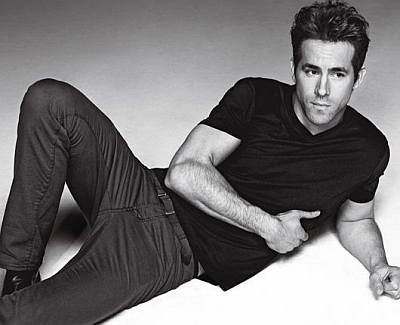 …..
Ryan Reynolds is a Raging Homosexual (16 December 2009). Is Ryan Reynolds gay? We don’t think so. After all, he is married to Scarlett Johansson isn’t he? Sure, not every guy who’s married is straight (Exhibit A: Tom C) but our good friend Deena’s gaydar is not pinging when she sees Ryan so we’re going with her when she declares that Scarlett’s husband is not a friend of Dorothy.

Still, here’s a very funny video where Ryan declares that he is a “raging homosexual”. The denizens of Youtube have declared this to be the “best. 2 seconds. EVAR!!” which we kind of agree with. This clip, by the way, is from a movie called Buying the Cow or something.

Now, we cannot say whether or not Ryan is gay but we can definitely say that he is a Superhunk.

…..
Ryan Reynolds is a Muscle Hunk (06 December 2009).Are you a Ryanwatcher? Well, check out these paparazzi photos taken of your Canadian idol while he is working out somewhere in a Vancouver gym. His hunkiness oozes through the glass window, eh? 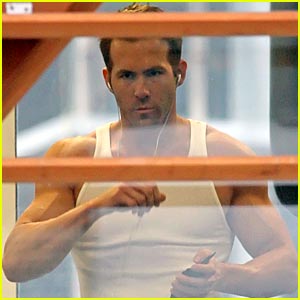 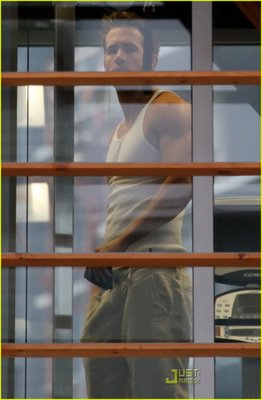 Hello there, Mr. Ryan? You look mmmmm yummmy in your white tank top shirts. Or singlets as the Brits call it. 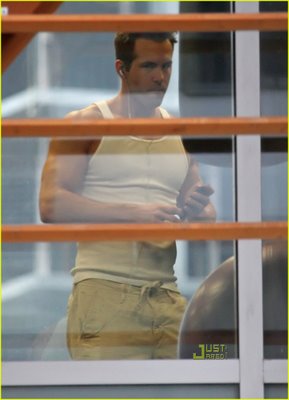 …..
Famewatchers, Meet Ryan Reynolds: Shirtless Canadian Hottie (11 October 2009). When a friend first sent us these photos and we were like, “Who’s the hottie?” Deena told us later that the hottie is Ryan Reynolds and that he is the current Hollywood “It-Boy” having starred in movie hits like Wolverine and The Proposal. 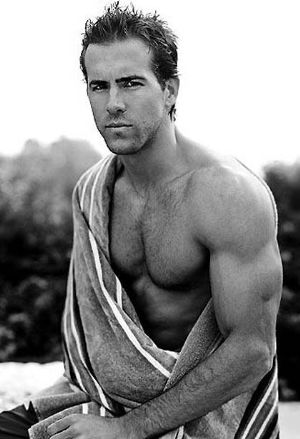 He is also going to do more superhero movies which promise to be blockbusters.

Anyways, Deena told us to check out the Youtube videos of Two Guys, A Girl, and a Pizza Place – a sitcom which starred Ryan Reynolds. We did check them out and we must admit that we spent, like, a day watching them damn funny videos of Berg (that’s Ryan’s character) and his friends. You might want to check out them videos too. He’s good being cute and goofy. 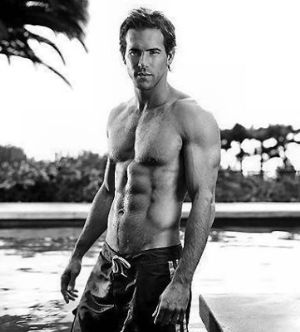 Ryan is Canadian, by the way. There must be something in the Canadian air which makes it produce produce a lot of hot men. Seriously, check out the other Canadian male hotties we blogged about in the past.