Of course, we know that the whole Sherlock Holmes universe is fictional but is the character played by Louis Partridge on the new Netflix movie, Enola Holmes, based on a historical figure?

Answer: He is not a real person nor is he based on some flesh and blood human being! Like John Armstrong of The Guardian, Lord Tewksbury is a figment of a creative mind’s imagination specifically Nancy Springer who wrote the whole Enola Holmes series of novels.

Now, although the character isn’t real, the political backdrop of the movie was a political reality at that time with conservative and progressive forces going up against each other on the issue of expanding the right to vote. Like in the movie, the progressives won the day but, unlike in the movie, they actually coasted to a comfortable victory. In other words, there really was no tie at all and a Lord Tewksbury was not needed to break the tie in favor of progress.

More about this issue from screenrant.com on the parliamentary acts extending the right to vote to more people: “It was championed by the Liberal government of William Gladstone, and although the Conservative opposition party was opposed to it, they were wary of being portrayed as enemies of democracy. But once any bill has been approved by the House of Commons, it must then pass through the House of Lords, and there the Reform Bill met with far more fierce opposition. Matters were not helped by Queen Victoria, who thought the Lords had every right to reject the Reform Bill and told Gladstone they represented the mood of the country far better than the Commons.”

Oh, so the Queen and the conservatives were against it. How did the liberals win? Credit goes to Prime Minister Gladstone’s political savvy. More from screenrant.com: “In reality, the passage of the Third Reform Act wasn’t quite so close as shown in Enola Holmes, largely because of Gladstone’s skill as a politician and artful compromises. The new boundaries had a profound impact on Parliament, lessening the domination of the Commons by members of the aristocracy, and after 1885 MPs connected to industry outnumbered those closely connected to the gentry for the first time.”

By the way, the militant suffragettes were real too and they did carry out bombings — which targeted infrastructure rather than individuals — after peaceful protests to allow women to vote did not bear any fruit.

Louis Partridge as Lord Tewksbury. As mentioned above, Lord Tewksbury is played by 17-year-old British actor Louis Partridge who, to date, already has ten acting projects per IMDB. Expect him to add more movies and TV shows to his name because the up-and-comer clearly has talent. He is good looking and charming too.

Louis as the Marquess of Basilweather with fellow runaway Enola Holmes. 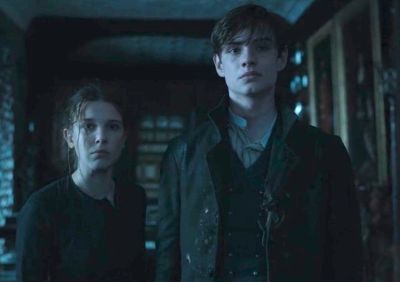 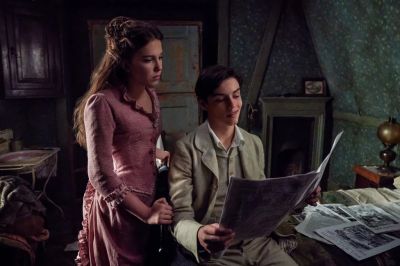 The Lord hitching a ride to London: 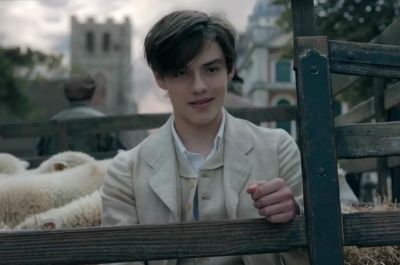 For those wondering, the Basilwether Hall aka Lord Tewksbury’s ancestral home was actually filmed in the Hatfield House in Hertfordshire. If it looks somewhat familiar, it’s because other movies and TV shows — Batman, Taboo, Wonder Woman, and The Great — also used the Hatfield House for some scenes. 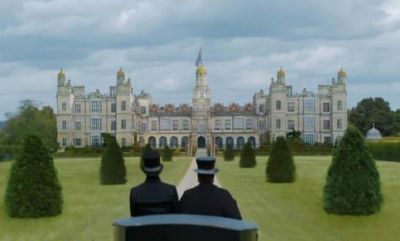 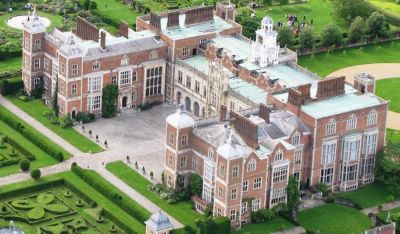