Gio Benitez Shirtless: Is ABC Hunk Gay or Straight? How hot is ABC News correspondent Gio Benitez? He is so hot that our friend Kevin is giving him a 100 out of 10. Kevin is clearly overscoring but there’s no denying that the Miami Latino hunk is gorgeous and cute and has got a sexy smile. Hehe. And those bulging biceps? Wowza. 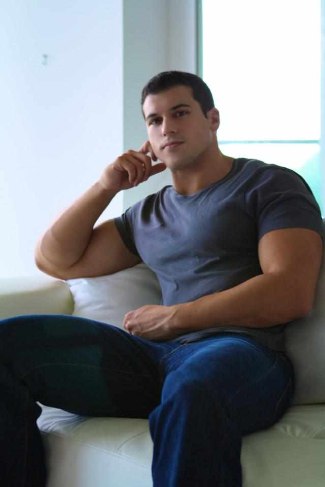 Before he made it to national TV, Gio (is his full name Giovanni? Or Giorgio?) was with the WFOR TV station in Florida. Here’s what the ABC honcho said about their hottest reporter:

An award-winning reporter, Gio comes to us from WFOR, the CBS owned station in his hometown of Miami where he has covered a wide-range of stories including relief efforts in Haiti after the devastating 2010 earthquake and the Trayvon Martin case. Most recently, he covered the 2012 presidential election across the battleground state of Florida.

In 2009, his innovative storytelling caught the eyes of many when he not only reported on the release of Apple’s iPhone but shot his entire story with the new device.

Versatile and hard-charging, Gio worked for years as an investigative producer before going on the air. With his many talents and dynamic storytelling ability, Gio will make a great addition to our team.

Because he is gorgeous and hot and muscled and apparently does not have a girlfriend, some of our Datalounge friends are wondering whether Gio is gay. What do you think? 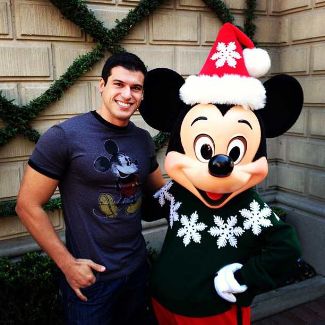 Is the fact that he seems to love V-Neck shirts an indication that our cutie, like Anderson Cooper, a friend of Dorothy? If our Gio comes out in the future a-la Anderson, the Malaysian education ministry which once infamously claimed that V-Neck shirts is a sign of gayness may be on to something, no?

Gio at the Apple headquarters in a blue v-neck. 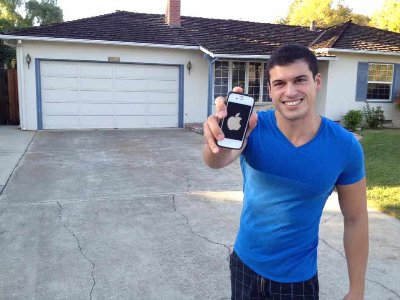 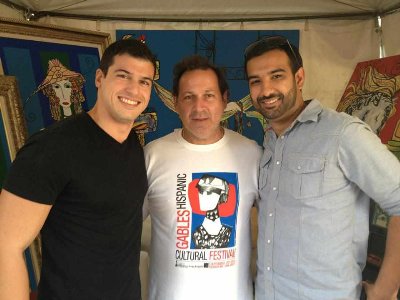 Gio and his dogs. That’s another v-neck shirt he is wearing, right? 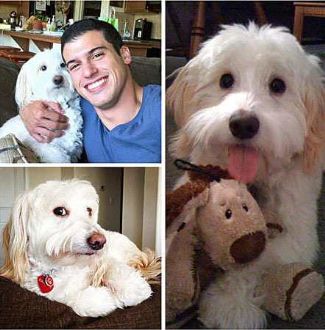 Gio in effin sexy muscle shirt with a friend. We’re assuming these two friends because of those matching beaded necklaces they’re wearing. 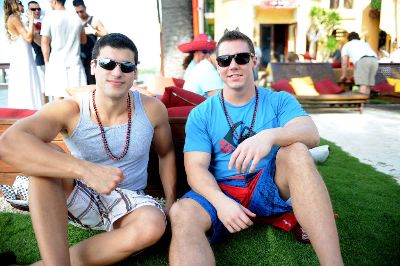 Oh wait, maybe he’s got a girlfriend after all? 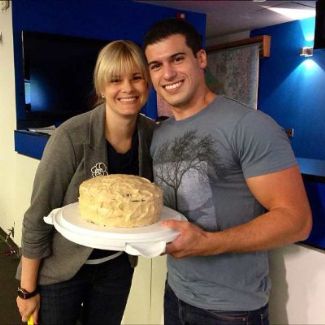 Damn. Look at them biceps again. Is he the fittest network journalist or what? We’re pretty sure he’s hiding some awesome six pack abs that rival Kellan Lutz’s. Too bad we can’t find a shirtless photo of our Latino hunk. Before we end, here’s another pic of Gio with some guys that make us go “hmmmm”.

UPDATE: Here’s the Gio Benitez shirtless photo you’ve all been looking for. Thanks to him for sharing this pic with his instagram followers. 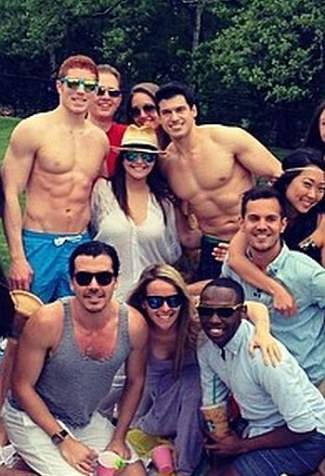