Irina Shayk Cristiano Ronaldo: His Russian Model Girlfriend? Famewatchers, meet Irina Shayk. She is a Russian underwear model. We are blogging about her because she is Cristiano Ronaldo’s current squeeze. You know of course that we blog about all things Ronaldo. Har har! Irina is not Cristiano’s baby mama who is yet to be identified.

Another pic of Irina in her red carpet dress. 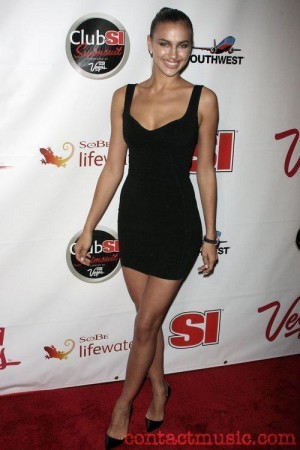 Aside from making it to the SI cover, Irina is also making waves in other fronts. She starred in the music video for “Power”, the latest single of controversial singer Kanye West. Check out her fiery wings. 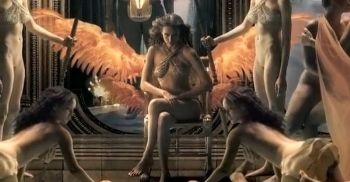 She was made the official ambassador of the Italian clothing label, Intimissimi. This is kind of a promotion for her as, prior to Ronaldo, she was just one of the image models for the brand. Here’s an Intimissimi ad featuring Irina from the label’s 2008 campaign.

Ronaldo’s girlfriend was also named as the face of Luli Fama’s 2011 advertising campaign. Check out her photoshoot for the Miami-based swimwear label.

So things are going great for Irina isn’t it? We thought she’s going to be one of the many football WAGs whose lives revolve around their famous husbands but she certainly is making a name for herself. Good for you, Irina! Give our kisses to Cristiano’s baby, will you?